In the United States, they announced the secret assistance provided by the Chinese army to Russia 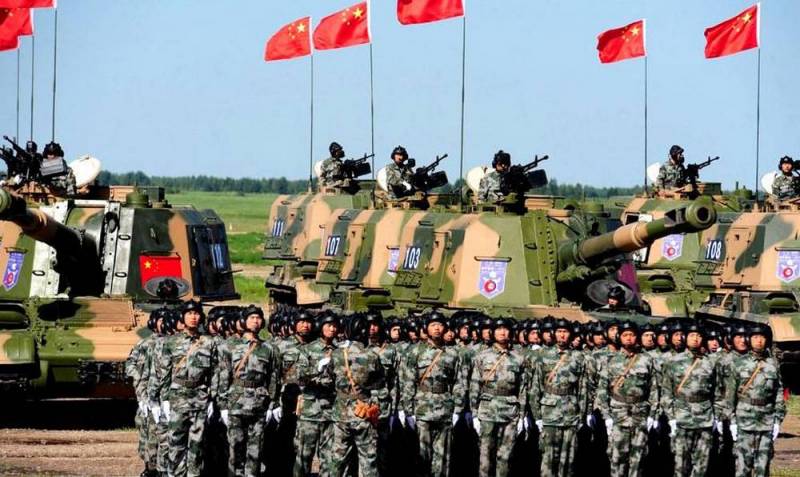 The White House does not stop trying to influence China by all available methods. And lies are used in the first place. This time, Washington announced the secret assistance provided by the People's Liberation Army of the People's Republic of China to Russia. Duleep Singh, Deputy Assistant to the President of the United States for National Security, spoke about this.


Of course, the representative of the White House did not provide specific data and did not provide facts. But something indefinite still caused "anxiety" in the American leadership.

Chinese companies and big banks are generally careful not to try to circumvent our sanctions on Russia. However, there are manifestations and symptoms that the PLA provides some support to the Armed Forces of the Russian Federation, both directly and indirectly.
Singh noted.

I would not like to think that the simplest “household” Chinese quadrocopters or Baofeng walkie-talkies often appearing on front-line videos from the counter of one well-known Chinese trading platform on the Internet caused dubious peremptory conclusions at the highest level. However, all means and manipulations are suitable for blaming the enemy. Americans have never been clean in their choice of methods to deal with dissent.

According to Singh, China's interest is not so much in undermining anti-Russian sanctions, but in influencing the West itself. However, the White House is also confident that Beijing has even more "insidious" plans, namely, it is trying to prolong the conflict between Russia and the West in order to weaken both sides of the confrontation. The exhaustion of both of his opponents will make it possible to compete better with the West, and make Russia a "junior partner".

Obviously, there is an attempt to strengthen the leverage, primarily on the neighboring Russian Federation
– said Singh during the webinar.

In general, the United States tends to see China as an intriguer and a conspirator acting solely in his own interests, for whom it is important to create the appearance of a "responsible global participant" in international relations, a serious player in the world community.

It is noteworthy that after all the public accusations of China and the attribution of cynical plans to it, Singh, as if nothing had happened, summed up his speech with an expression of hope that US cooperation with China would develop. At least in the trade area. Even the rapprochement between Moscow and Beijing on many issues allegedly cannot prevent this, the assistant to the US president summed up.
Reporterin Yandex News
Reporterin Yandex Zen
4 comments
Information
Dear reader, to leave comments on the publication, you must sign in.