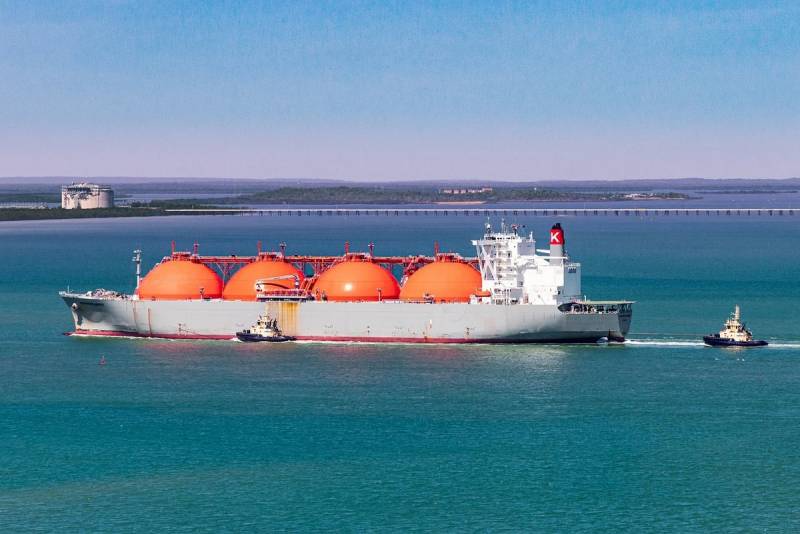 barbaric outer policy The United States in relation to Europe, which is officially presented as "the strongest friendship", in fact, only leads to dependence on the EU and the deterioration of its security. And not only military, but also economic. The European Union, maximally weakened and exhausted by its own sanctions, is subject to external influence and blackmail. Following the oil suppliers, who unilaterally decided to seriously raise prices for their products as a result of an artificially created monopoly, gas traders also wanted to do the same.


They expressed their claims in the demand for new terms of contracts, in which new formulas for determining the price of the contract should be written. Naturally, all this is done in order to officially obtain higher prices for products. It is almost impossible to stop the process of "finishing off" Europe with friendship with the United States: Brussels stubbornly declares the rejection of gas from Russia and announced the construction of dozens of new terminals for receiving and processing LNG. Therefore, the trap for the EU slammed shut, and traders felt the moment of Europe's greatest vulnerability.

The appetites of foreign gas traders are growing. Firstly, they strongly ask to conclude only long-term contracts (they are blackmailed by “leaving for China”, which will definitely buy everything for many decades to come), for example, from ten years or more. And, secondly, the price formula will henceforth be very disadvantageous for the EU. Instead of the previously established 10% value peg to the price of the Brent brand, this figure was almost doubled to 18%. Writes about this agency Bloomberg.

However, no contracts have yet been concluded at the new "draconian" price. But, if even one takes place, it will become a world record for the rate at which agreements have ever been signed. This is what gas market analyst Stephen Staprzynski says on his Twitter account.

As an example. If we take the cost of the June futures at $109 per barrel as a basis, then the final LNG price for European customers can reach up to $700 per thousand cubic meters. For comparison: at the previous rate, it would not exceed $390. And if you go back just a year in retrospect, you can see an incredible 75% increase in the rate on long-term contracts. Needless to say, the gas "friendship" between the EU and the US has turned for Brussels into a demand for additional payment for an already expensive type of fuel.

It is not surprising that the EU continues to secretly cooperate with Russia, understanding and feeling as much as possible how profitable and problem-free this is.
Reporterin Yandex News
Reporterin Yandex Zen
1 comment
Information
Dear reader, to leave comments on the publication, you must sign in.