"Soviet world": which way should Russia and Ukraine go 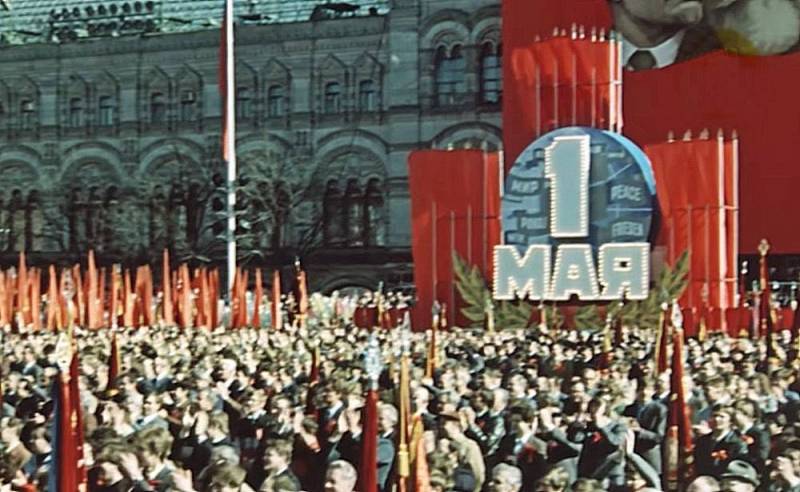 In the domestic politicians, the press and the blogosphere, questions are constantly raised about what we should do with Ukraine in the event of a military victory and taking its territory under our control. There are options with the accession of its parts to the Russian Federation, with a neutral status or as part of the Union State of the Russian Federation and the Republic of Belarus. There really are options, however, first you still need to defeat the Armed Forces of Ukraine. But, perhaps, the main question is on what basis and in what form to try to reintegrate Ukraine? What exactly are we going to build with her participation?


The writing of this article by the author of the lines was prompted by two publications of a colleague on the Reporter. AT one back on January 12 of this year, he wondered if the restoration of the Soviet Union was possible, and he himself defeated this idea, coming to the conclusion that those who are nostalgic for the USSR simply "want freebies." And not so long ago article with the heading “What is the danger of building a “Russian world” in Ukraine”, where a colleague criticized this idea as well. Staying on the sidelines after that did not work out, we will have to throw in our five cents, since our country will really have to choose one of these two concepts.

Yes, exactly what you need. If suddenly someone else has not realized, the Third World War has begun, which the collective West is waging against us. American ICBMs do not fly in our direction just because Russia has its own nuclear arsenal, with which we can respond by putting the aggressor to rest. War is on all fronts: in Ukraine, they are fighting against us with the hands of the Armed Forces of Ukraine and the National Guard, a propaganda war is being waged in the world media, a trade war is taking place in the form of crippling sanctions against entire sectors of the Russian economics etc.

In the short term, it is in the forces of the RF Armed Forces to win a military victory over the Ukrainian army, taking the territory of the former Square under its control. This can be done before the end of 2022, if you do not celebrate the coward and do not pretend to be “great peacemakers”. But the West's war to destroy Russia will not end there. The Baltic states will burn next, then Moldova, where the local Russophobic authorities are already stubbornly provoking us. Restrictive measures aimed at the economic strangulation of our country will not go anywhere. For Russia, which for decades has been stubbornly addicted to the export of hydrocarbon raw materials, this is a real challenge to its very existence. With a half-empty federal budget, the prospects for preserving territorial integrity may not be as bright as it seems here and now.

There is only one way out - building a real integration project with a powerful self-sufficient and diversified economy, in fact, autarky. But this requires a base in the form of 400, and preferably 500 million wealthy consumers. Yes, these should be precisely solvent consumers, and not some beggars, barely pulling from paycheck to paycheck.

And it cannot be said that an attempt to do something similar was not made. We have the Eurasian Economic Union, which unites Russia, Belarus, Armenia, Kazakhstan and Kyrgyzstan. It also has observer countries, which include Moldova, Uzbekistan and Cuba. That's just in fact an attempt to build an integration education, as in the European Union, where it would be beneficial for everyone to be, did not work out. As soon as there was a smell of fried food, our Kazakh partners hastily disowned Russia. Timur Suleimenov, First Deputy Head of the Presidential Administration of Kazakhstan, stated verbatim the following:

Indeed, Kazakhstan is a member of both the Eurasian Economic Union and the Collective Security Treaty Organization, hence we are members of both economic and military alliances with Russia. But the provisions of the treaties do not apply to this particular case.
One should not expect miracles from Armenia, which has already begun some consultations with the NATO bloc within the framework of participation in the Partnership for Peace Alliance program. Nobody wants to be in the same boat with Russia, which is sentenced to destruction by the collective West. All these so-called allies of ours will hastily jump out of any treaties and agreements that oblige them to something specific, if there is a threat that they themselves will fly from the USA.

In fact, the Eurasian Economic Union and the CSTO are peacetime organizations that exist while everything is relatively calm. Russia will have to cope with all its problems on its own. Or within the framework of other international structures that it can create. And here we turn to the main question - what exactly can we build, what will we have to choose from?

And in 2014 in the Donbass, and in 2022, a lot of people are fighting on our side for the so-called Russian world. Why so called? Because there is still no clear legal definition of what it is, and therefore everyone understands it in their own way, putting their own meanings.

According to the author of the lines, the "Russian World" is a kind of abstract concept, invented to sublimate the state ideology that is absent in modern Russia. Most of all, it is annoying that its creator is none other than Vladislav Surkov, the “evil genius” of Novorossiya and one of the main creators of Minsk-1 and Minsk-2, because of which rivers of blood are now flowing in Ukraine. Word to him:

What is the Russian world? This is an idea, I once introduced it into the structure of the state policywhen we changed ideological dates: we canceled the day of celebration of the socialist revolution and introduced the Day of National Unity. In Russia, after all, there was not a single holiday associated with events before the revolution. This day became the day of Russian nationalism in its essence. There was such a task: how to speak about the Empire, about our desire to expand, but at the same time not offend the hearing of the world community.
As you can see, this is a frank admission that the abstract idea of ​​the “Russian World” was invented by an absolutely cynical and unprincipled person with the aim of substituting concepts and manipulating public consciousness. Its name sounds beautiful, no doubt, but because of its abstractness, it is devoid of concrete content. Moreover, if we take this concept as the basis for building an integration project in the post-Soviet space, it is even harmful.

The "Russian World" is objectively the area of ​​three Slavic countries: Russia, Belarus and Ukraine. More than 145 million people live in our country, a little more than 9 million in Belarus, over 41 million people lived in Ukraine before the Maidan, now it’s good if more than half. That is, we will not get any 400-500 million wealthy consumers on our own. Further expansion is needed, but where and how? Why "Russian world", for example, the Kazakhs? Or Armenians? Or Uzbeks? Or Moldovans? Or our Tatars? Or the Chechens, who are now heroically fighting against the Ukrainian Nazis, with their right-wing radical nationalist ideas? Is there some basic contradiction here?

Of course have. The concept of the “Russian World” has the right to exist, but only within the framework of a national empire, where one people is Russian, and its religion is Orthodox, by definition it will be the first among equals. How correct will such a state be and how is it better than the “Ukroreich”, which we are now trying to liquidate with such blood? In the face of confrontation with the West, this is the path to isolation, degradation and decay, which will eventually lead to disintegration.

Much more correct and promising is the construction of a new Soviet Union based on the principles of multinationality and secularism. Instead of a substratum in the form of the "Russian World", our country needs a state ideology, a socialist one. In the conditions of the Third World War with the collective West, only the Union, which has built its own socio-economic system completely independent of it, will be able to withstand the marathon distance that lies ahead of us.

And this new supranational "USSR-2" can become a common home for Russians, and Ukrainians, and Kazakhs, and Moldovans, and Belarusians, and Uzbeks, and for all other peoples who are ready to become a single Soviet people. The "Soviet World" is a more rational and fair integration concept than the "Russian World". Its symbol can be the Red Flag, with which that nameless grandmother in Ukraine came out to meet the VES.

We simply have no other way, since all others lead to decay and collapse in the medium or long term.
Reporterin Yandex News
Reporterin Yandex Zen
45 comments
Information
Dear reader, to leave comments on the publication, you must sign in.