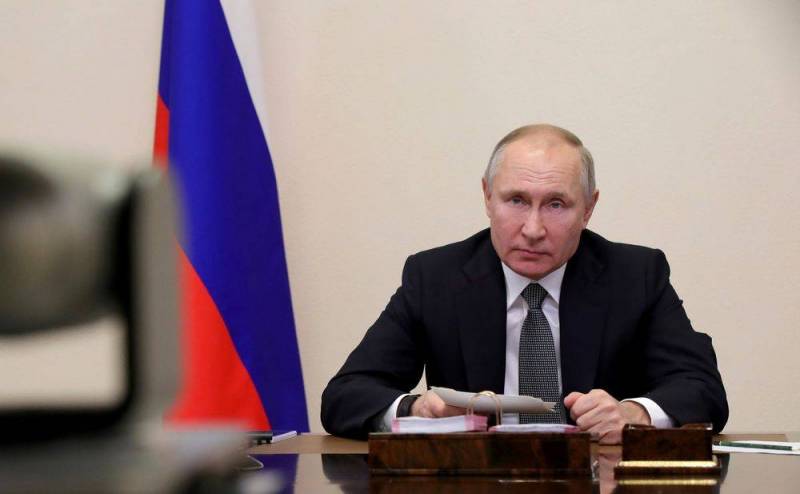 I consider the proposed storming of the industrial zone inappropriate. I order you to cancel. This is the case when we must think, that is, we must always think, well, in this case, even more so, about saving the life and health of our soldiers and officers
- Putin said after the report of the Minister of Defense.

The President instructed the Ministry of Defense to completely block all entrances and exits from the "catacombs" to "Azovstal" so that "not a single fly will fly."


Recall that the only place in Mariupol where the militants of the Azov nationalist battalion banned in Russia and the remnants of the Mariupol group of the Armed Forces of Ukraine could gain a foothold is the Azovstal plant. According to various sources, there are from 2 to 3 thousand armed people on its territory, as well as an unknown number of equipment, including heavy weapons.

The plant is currently a fortress, and numerous basements and underground passages created additional complexity in a possible assault, in which the militants, most likely, equipped long-term firing points and places for ambushes. Thus, during the assault by conventional means, the losses among the personnel of the troops of Russia and the People's Militia of the Donetsk and Lugansk Republics could be very high.

The remnants of the APU group are squeezed into a relatively small area, subjected to artillery shelling and aviation bombing. The Armed Forces of Ukraine and Azov are cut off from the supply of food and ammunition. Based on these data, it can be assumed that Putin decided to continue the blockade and shelling of Azovstal until all the militants lay down their arms, or until they are exhausted and unable to resist the allied forces.
Reporterin Yandex News
Reporterin Yandex Zen
5 comments
Information
Dear reader, to leave comments on the publication, you must sign in.