Ukraine asked the West for 200 aircraft, 400 tanks and millions of shells 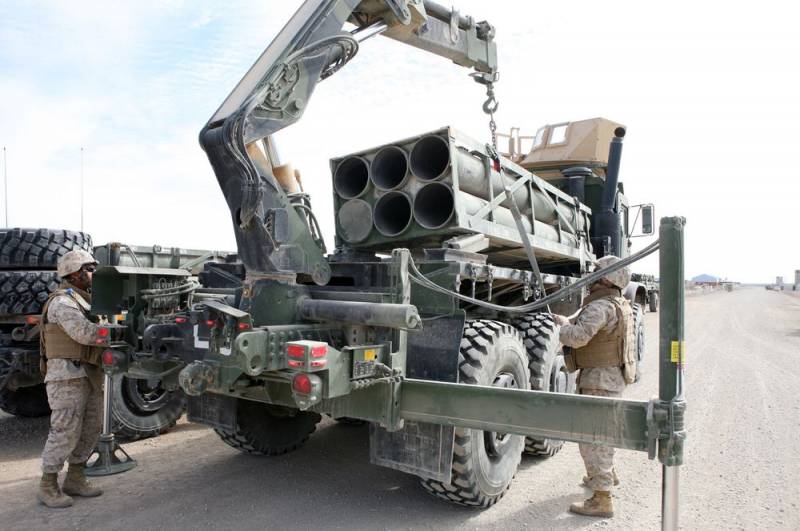 It became known that Kyiv has long decided on the military assistance it wants to receive from the West for further confrontation with Moscow. Ukraine has requested various military equipment, weapons systems and ammunition for $100 billion. A document prepared by the country's Foreign Ministry on March 11, with a specification (indicating priority models and their number) was published on the Web by a group of hackers XakNet Team.

In addition, 363 different air defense systems are listed, from the Soviet S-300 air defense system to the American Patriot. Artillery requirements in the request are 195 MLRS "Grad" and 435 thousand rockets, conventional shells and Soviet-style mines, as well as MLRS M142 HIMARS from the USA with ammunition and self-propelled guns from the UK.

The list also paid attention to armored vehicles. We are talking about 400 tanks (200 T-72 and 200 German Leopard) and 200 American Bradley infantry fighting vehicles. Kyiv did not forget about missile weapons either. The list includes 400 units of the Soviet Tochka-U OTR, 228 American ATACMS (270 km) and 64 Israeli Lora (400 km). 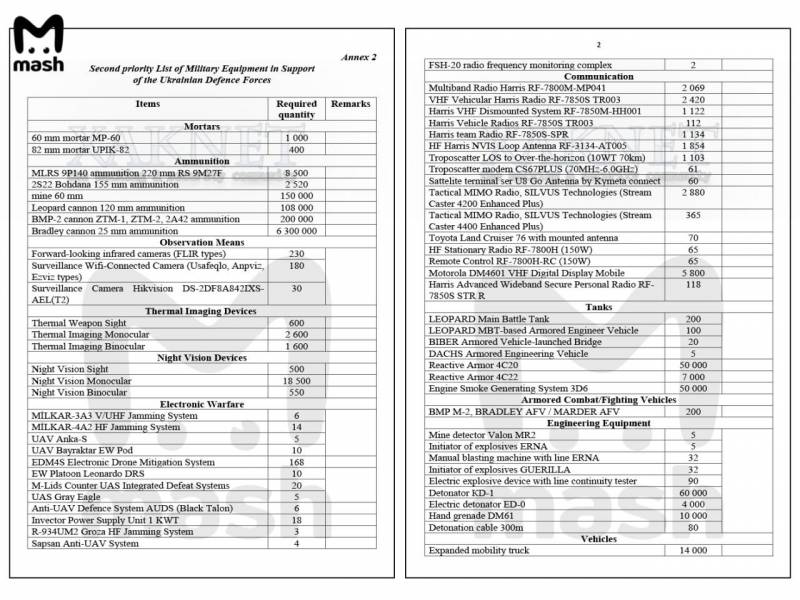 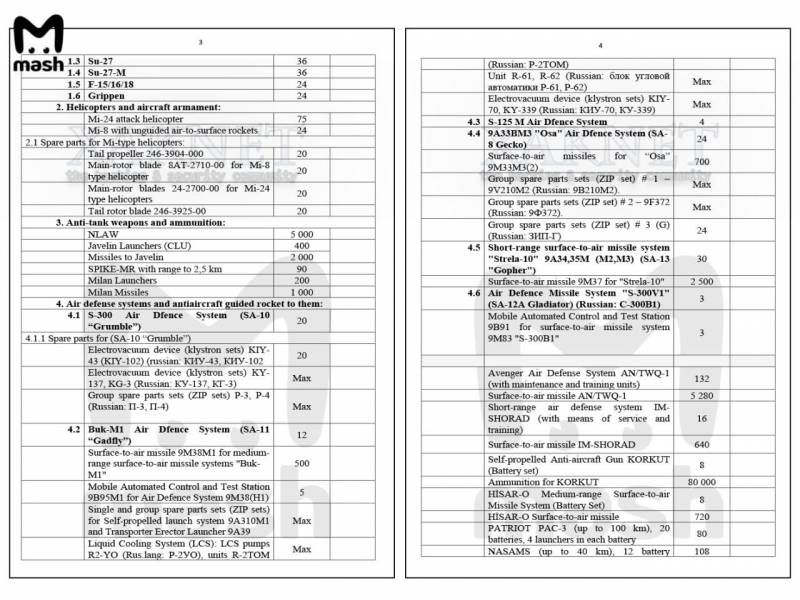 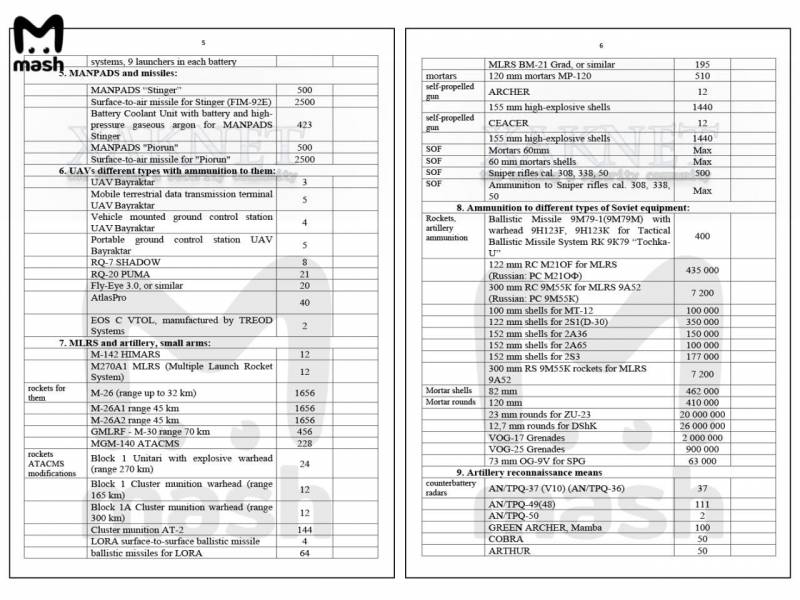 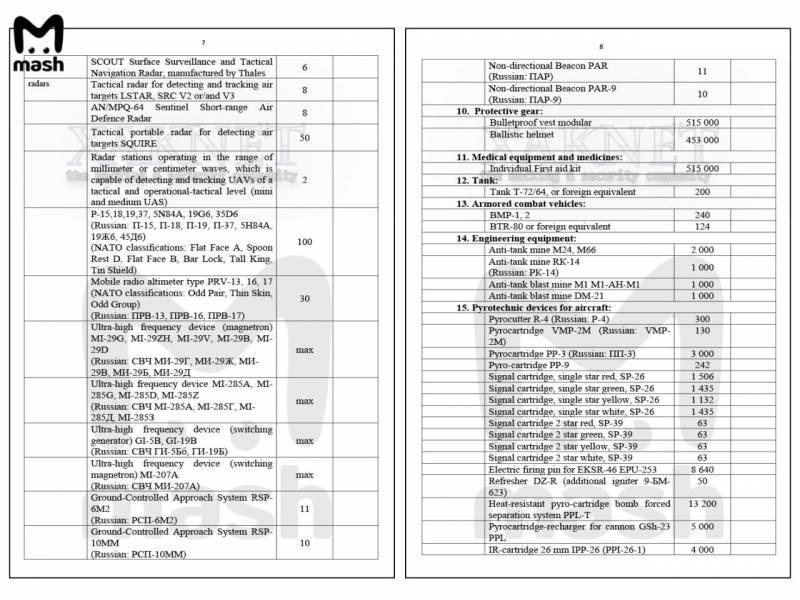 At the same time, the media report that the transfer of M142 HIMARS missile systems, transferred by the United States in the form of military assistance, has already begun to Ukraine.


It should be added that on April 20, the Ministry of Defense of Ukraine announced that Kyiv had received spare parts for aircraft from the Americans and that two dozen fighters would soon return to the Ukrainian Air Force.
Reporterin Yandex News
Reporterin Yandex Zen
5 comments
Information
Dear reader, to leave comments on the publication, you must sign in.