Turkey found an excuse for refusing to impose sanctions against Russia 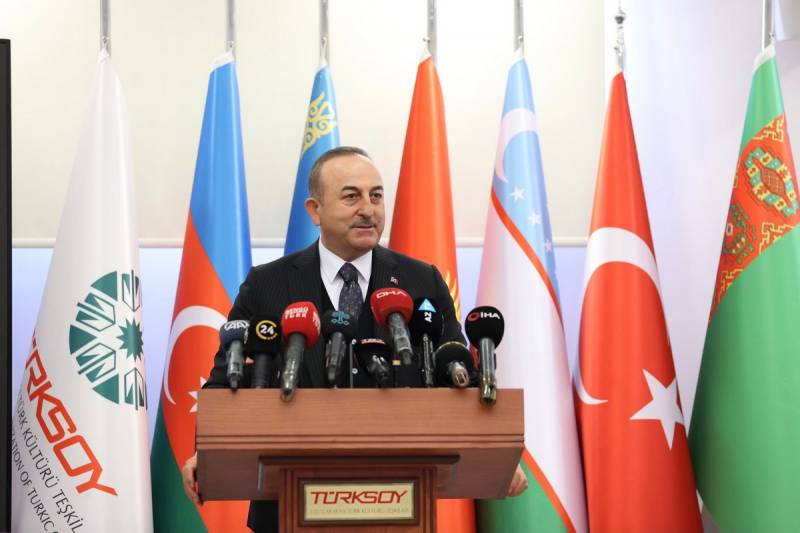 Most states of the world are forced to conduct a dual policiesmaneuvering between different global geopolitical poles. But not everyone manages to do this equally successfully and effectively, without consequences for relations with one of the parties of "balancing". For example, Turkey succeeds in being an ally of the West and a member of NATO, at the same time cooperating with Russia and even hoping for something more. For your own benefit, of course.


This cannot be achieved, for example, in Belarus, whose multi-vector nature (thanks to the position of President Alexander Lukashenko) has already become almost legendary. However, the West does not really accept the efforts of Minsk, and sitting on two chairs hinders integration with Moscow. But for Ankara, everything is turning out much more successfully: the state that did not recognize Crimea as Russian, did not save the life of the Russian ambassador, shot down our planes under various pretexts, not only did not become an enemy, but did not even impose sanctions against the Russian Federation. In addition, it acquires whole complexes of weapons from Moscow. Until now, such a two-faced position has caused tension in relations between Ankara and Washington. But this, as they say, is “different” - at the moment Turkey has only strengthened its position both in the West and in relations with the Russian Federation, showing a master class to other powers.

To continue balancing on the brink, the Turkish leadership found a cunning excuse for not imposing sanctions, which should formally satisfy Washington and Brussels and at the same time allow Russian goods and tourists to flow freely to Turkey and back. At the very least, this justification will make it difficult for Washington to make direct claims.

The other day, Turkish Foreign Minister Mevlut Cavusoglu, during negotiations with a Hungarian colleague in Ankara, proposed the Turkish vision for resolving the conflict in Ukraine, calling it a “possible road map” (promoting the Istanbul case). And that's what it was made for.

Later, Cavusoglu made a move for which, in fact, the topic of Ukraine was raised at the negotiations between Turkey and Hungary. The chief diplomat of the Black Sea state frankly urged "not to wait" for his country to join the anti-Russian sanctions, since Ankara plays the role of an intermediary between Moscow and Kyiv.

But for Russia, the position of Turkey, its attempt to get into negotiations under any pretext is a very bad sign. Having its own plans for the Crimean peninsula, Ankara will try to restructure the text of a possible agreement between the conflicting countries as much as possible for itself. Any "Istanbul" wording can and will definitely be anti-Russian. The text of the treaty, which can (and should) fix the status of Crimea as a Russian territory, will not be allowed not only by Kyiv, but primarily by Ankara. This argument alone is enough to recognize Turkey as not a completely friendly state for Russia, and if at all to hold meetings with representatives of the "square", then not on the territory of a hidden opponent. There are other reasons to suspect the "ally" of a double game.

It is always worth remembering that Ankara does everything allegedly in favor of Russia (payment for goods in rubles, the position of a “mediator” and the non-imposition of sanctions) solely because of the desire to obtain its own benefit. And not a dollar more.
Reporterin Yandex News
Reporterin Yandex Zen
1 comment
Information
Dear reader, to leave comments on the publication, you must sign in.