Gift to Crimea: a nuclear installation will appear on the border with Ukraine

24 September 2018
9
The problem of Crimea’s water supply has long been heard. In 2014, the Kiev authorities blocked the North Crimean Canal, which provided about 85% of the peninsula's water supply. The results were not slow to affect: the agriculture was seriously affected, the productivity of fruit and berry orchards fell, rice growing in the Crimea generally died. 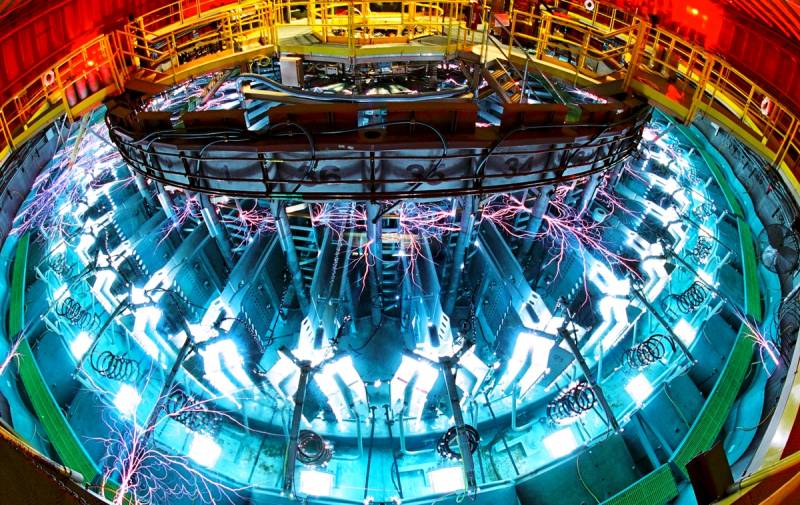 Worse still, a real environmental disaster has occurred in the north of the peninsula due to a shortage of fresh water. The city of Armyansk has been poisoned for the second month by an acid cloud that periodically rises from a giant, dried acid sump. But this can only be the beginning. The fact is that in the northern Crimea there are other chemical industry enterprises whose activities require a large amount of fresh water.

The task of water supply of the peninsula had to be started four years ago. A special scientific group from St. Petersburg came to the conclusion that this cannot be done without desalination of sea water. But how much time will it take, and what will result in consumers?

The difficulty is that the desalination process requires a lot of energy. Even the capacities of the launched Sevastopol and Simferopol thermal power plants are not enough for this, and tariffs can grow, according to some estimates, 4-5 times. The conclusion is obvious - only nuclear power can solve the situation.

Nuclear plants in the Crimea began to be built in 1975 in the Kerch region. Even a third of its capacity could completely cover the electricity needs of the peninsula. However, the tragedy at the Chernobyl nuclear power plant, as well as protests by the local public, prevented its launch. One of the arguments against it was that the Crimean Nuclear Power Plant was located in a seismically dangerous zone. Today, experts say that the seismic activity of the peninsula does not pose a danger to a modern nuclear power plant with its safety systems. So, for decades, American, Iranian and Turkish nuclear power plants have been functioning perfectly in regions where they regularly “shake”. Moreover, the Crimean seismic activity by force does not go with them in any comparison.

It turns out, the Crimean NPP to be? Not certainly in that way. In Ukraine, the unfinished station was torn off like sticky, not only valuable equipment, but even rails were sold for scrap. The restoration of the nuclear power plant near Kerch requires enormous resources and approximately ten years in terms of time. Crimea cannot wait so much.

Today we can really talk only about desalination plants in a nuclear reactor. Structurally, it is something like the engine compartment of a nuclear submarine, which is much simpler and cheaper to implement than a full-fledged nuclear power plant. They can be located in the north of Crimea, in Chongar solonchaks, near Perekop. There, near the Ukrainian border, salt waste from the desalination process will be stored.

Rosatom already has successful experience in building such atomic desalination plants, in 1967 a similar installation began to work in the modern Kazakhstan city of Aktau. It is known that Israel is actively engaged in the desalination of sea water. The United Arab Emirates also receives 70% of its drinking water from its desalination plants. So, the construction of nuclear desalination plants in the Crimea is so far the only peaceful option to solve the water supply problem of the peninsula.
Ctrl Enter
Noticed oshЫbku Highlight text and press. Ctrl + Enter
We are
Crimea will become nuclear
Who killed the agriculture in the Crimea?
Reporterin Yandex News
Read Reporterin Google News
Ad
We are open to cooperation with authors in the news and analytical departments. A prerequisite is the ability to quickly analyze the text and check the facts, to write concisely and interestingly on political and economic topics. We offer flexible working hours and regular payments. Please send your responses with examples of work to [email protected]
9 comments
Information
Dear reader, to leave comments on the publication, you must sign in.