Named countries that will suffer the most from the food crisis 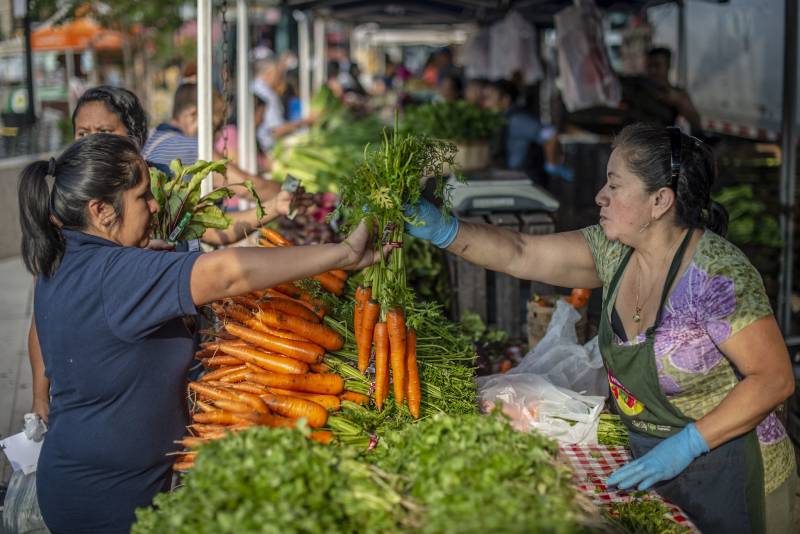 The armed conflict in Ukraine has led to a rapid rise in food prices, and the consequences of this are being felt around the world, writes the English magazine The Week.


Ukraine and Russia boast some of the most fertile plains on earth. Both states are major producers of agricultural products, especially wheat, corn, barley and sunflower oil. Together they grow about 15% of all wheat in the world, and together they account for about 30% of its exports.

Also, Ukraine alone provides about 50% of the world sunflower oil market. In addition, Russia, Ukraine and Belarus produce most of the world's fertilizer supply. Prices for all of these items were already on a upward trend due to Covid-19, as well as soaring fuel prices, which increased the cost of food production and delivery.

Now armed conflict has halted much of Russia's and Ukraine's food exports, driven up oil prices and further disrupted global supply chains. As a result, the UN Food and Agriculture Organization reported in March that global food prices rose to their highest level on record; grain prices have risen by 40% since March last year, vegetable oils - by 55%, meat - by 20%
- noted in the article The Week.

In general, the spring sowing of barley, corn and other crops in Ukraine will be less than half of the 2021 level, media reports citing the country's Ministry of Agriculture. Food exports from Russia have also fallen sharply, as foreign entrepreneurs do not want to do business with the Russian Federation.

Other major producers such as the EU, US, Canada, Australia and India should be able to cover some of the shortfall. But it takes time for recipient countries to rebuild their supply chains and place orders from new sources, and panicked investors have raised wheat prices by as much as 50%.

The effects will be felt everywhere, but especially in some countries in the Middle East and Africa that are heavily dependent on Russian and Ukrainian wheat. Egypt, which receives 80% of its wheat imports from Ukraine and Russia, has been forced to fix bread prices and devalue its currency. There is a shortage of flour in Tunisia and Lebanon. High food prices have caused riots even in Sri Lanka, Pakistan and Peru.

How bad is it going to be? The Arab countries are likely to suffer the most. They remember that high food prices during the Great Recession were a major factor in the Arab Spring protests that erupted in 2010.
reminds The Week.
Reporterin Yandex News
Reporterin Yandex Zen
Information
Dear reader, to leave comments on the publication, you must sign in.