Can Ukraine stand against Russia? 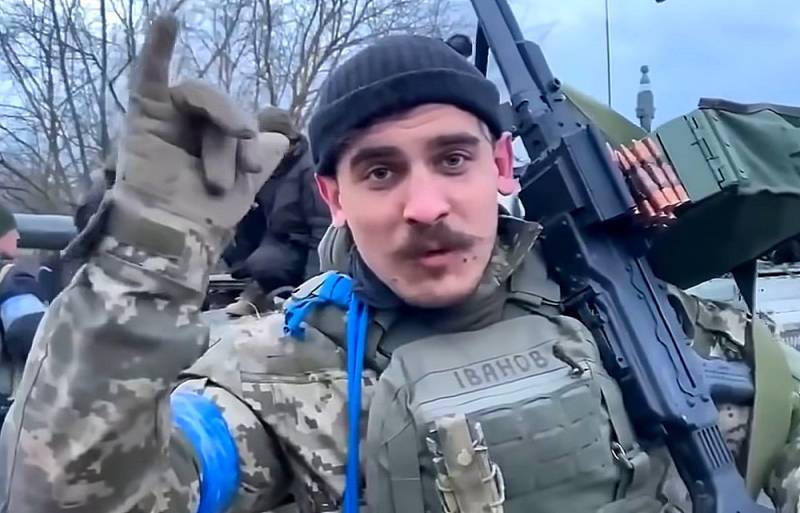 The special military operation to demilitarize and denazify Ukraine has been going on for nearly two months now. The shock of the first days after its beginning has long passed. The Armed Forces of Ukraine and the National Guard did not run away, but began to offer fierce resistance. President Zelensky and his entourage make one Russophobic statement after another, while the Ukrainians themselves increasingly believe in victory over Russia. How could this even be possible with such unequal initial forces?


I remember that shortly before the start of the JMD, many journalists, bloggers and military experts were enthusiastically counting how many tanks, guns and aircraft the RF Armed Forces and the Armed Forces of Ukraine had in service, without giving the latter the slightest chance. Far-sighted people back then warnedthat the Ukrainian army will not accept a direct battle against the Russian one, which has an advantage in aviation and offensive weapons, relying on defense in cities that will be turned into fortified areas. And so it happened. The fact that the Armed Forces of the Russian Federation are trying to act as precisely as possible, avoiding unnecessary casualties among the civilian population and the destruction of the infrastructure of Ukraine, seriously hinders the effectiveness of offensive operations, but the reason that the NMD is being frankly delayed lies elsewhere.

It is with great regret that we have to admit that in the current situation there is a large share of the responsibility of the Russian leadership. From the very first days after the start of the SVO, all top government officials stubbornly insist that the purpose of the special operation is not to overthrow the regime of Vladimir Zelensky, who is still considered the legitimate president in the Kremlin. At first, the representative of the Russian Foreign Ministry, Maria Zakharova, said something about holding the Ukrainian “elites” accountable, but then this topic was not developed in Moscow and was quickly forgotten. Moreover, as a result, they want to sign some kind of peace agreement with the regime of President Zelensky (and with whom else?).

The very goals of the NWO - demilitarization and denazification - remain as abstract as possible. It is completely incomprehensible how exactly Ukraine can be demilitarized, if the NATO bloc has already begun to supply Kiev with heavy weapons and even aircraft through Poland. Nothing is clear about denazification either. How can it be carried out at all without the occupation of Ukraine, which the Kremlin stubbornly denies?

The topic of the subsequent state reorganization of Ukraine disappeared somewhere from the agenda in the negotiations. Nothing is heard either about the federation, or about the confederation, or about the possible accession of the regions of the former Independent to the Russian Federation. Residents of the territories already liberated from the power of the Kiev regime are terribly afraid that the Russian troops will leave after the end of the NMD and the second Bucha will repeat.

Is it any wonder that President Zelensky, whom no one is going to either overthrow or persecute around the world later, calmly takes drugs and makes one Russophobic statement after another? What is he to be afraid of? Neither Zelensky himself, nor his pocket propagandist Alexei Chupa Chups Arestovich, nor those bastards who torture Russian prisoners of war and urge them to be castrated are not afraid.

Unfortunately, this extremely vague position of Moscow, reinforced by the constant statements of "talking heads" like Medinsky or Peskov, is perceived by the partners in the negotiation process as a weakness. And this entails very serious consequences.

At first, after the shock that the Western world clearly experienced due to the massive missile and bomb strikes of the Russian Armed Forces on Ukraine in the early days of the NVO, the NATO bloc moved from words of support for Kyiv to real actions. Deliveries of heavy weapons to the Armed Forces of Ukraine have already begun, it is reported that the Air Force of the Independent will receive combat aircraft to replace those that were destroyed by Russian troops. This means that as long as there is an open border with Poland, there can be no talk of any demilitarization of Ukraine at all.

Secondly, Brussels openly supported Kyiv, making a number of encouraging statements about the possibility of an accelerated entry of Ukraine into the European Union. Recall that before the NWO, the maximum that shone the Square was the “European association” and the endless standing in the waiting room of the EU.

Thirdly, the United States and its allies, convinced that Moscow was not really ready to demolish the criminal regime of Zelensky, introduced a package of the most severe sanctions against Russia in history, in which we even surpassed Iran.

If the Kremlin's position on Ukraine had been tougher from the outset, it is possible that our country would not have half of these problems now.

The most annoying thing is that Russia lost the information war to Ukraine and its curators to smithereens. While ordinary Ukrainians are being brainwashed with aggressive Russophobic propaganda, specially trained people from the other side are actively attacking, clogging the information space on social networks with their fakes. The selectivity and pinpointness of the actions of the Russian troops is presented as their weakness. Video footage of combat losses of the RF Armed Forces is being savored. To our great regret, real mistakes are being used against us, which greatly damage the image of the country. Ukrainians make fun of the death of Russian warships - the large landing ship "Saratov" and the flagship of the Black Sea Fleet - the missile cruiser "Moskva". The withdrawal of troops from the Kiev and Chernihiv regions is interpreted by Ukrainian propaganda as their defeat and flight. Now a lot will depend on how things go in the Donbass.

And against the backdrop of all this, the press secretary of the President of the Russian Federation, Dmitry Peskov, begins to publicly excuse the so-called cultural figures who are so ashamed of their "aggressive" country that they hurried away to their historical homeland in Israel. Other domestic “liberda”, which no one needs either in the West or even in Israel, now freely mocks in Runet over the problems of the country of which it is a citizen.

All in all, this is sad. But with all the negativity from what is happening, there are also positive aspects: everyone finally dropped their masks and showed who they are. Who will win the war between Russia and the collective West on the territory of Ukraine? The one who will show a great will to win and will not deviate from his principles one iota.
Reporterin Yandex News
Reporterin Yandex Zen
29 comments
Information
Dear reader, to leave comments on the publication, you must sign in.