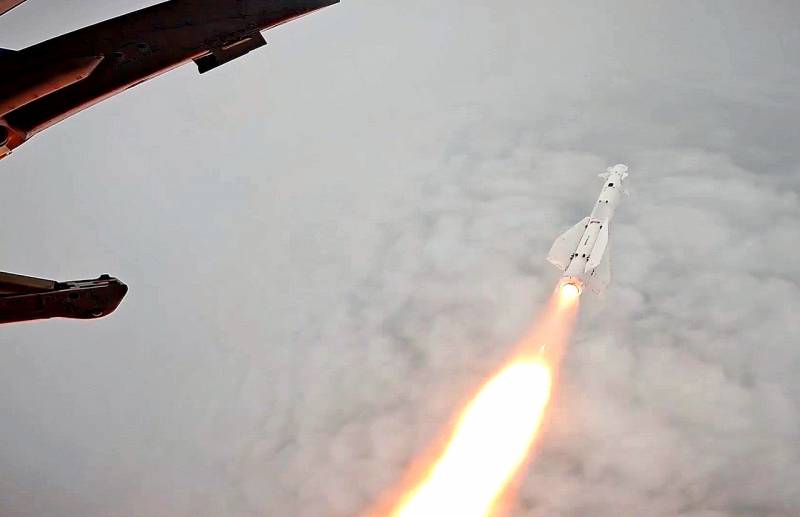 According to the statement of President Zelensky, the “battle for Donbass” has begun. It would be more correct to call it the "Great Battle", since almost a quarter of a million military personnel from both sides will meet in a pitched battle, which is the largest battle since the end of World War II. Of course, we are betting on our guys, but a military victory in the Donbas does not automatically mean the defeat of Ukraine. When and how can the Russian special operation realistically end?


There are very different opinions about the timing of the end of the SVO. In Kyiv, they are ready to fight with Moscow right up to 2035. Characters like Medinsky, Abramovich and Peskov dream of completing the special operation as soon as possible, and preferably by signing some kind of peace agreement with Ukraine. Brussels wants to fight against Russia to the bitter end or to the last Ukrainian. But the most realistic timeline, in the personal opinion of the author of the lines, was called by the head of the US State Department, Anthony Blinken, who said that the hostilities in Nezalezhnaya would last until the end of 2022. What gives grounds for believing so?

As reported, the People's Militia of the LPR liberated the village of Kremennaya, which is the first step towards covering the 10-strong Ukrainian grouping concentrated in the Rubizhne-Severodonetsk-Lysichansk triangle. There are powerful artillery and air strikes against the positions of the Armed Forces of Ukraine and the National Guard in the area of ​​Slavyansk and Kramatorsk. Ukrainian trenches and dugouts are being worked hard along the line of contact along the outskirts of Donetsk, Gorlovka, Makeevka and Maryinka.

In general, it will obviously not work quickly and simply, but victory will be ours. The question is, what's next?

Judging by a series of statements by representatives of the domestic "party of peacekeepers", they would not mind being content with a tit in their hands: liberate the Donbass, get Kyiv to recognize the independence of the DPR and LPR, Crimea - Russian, as well as a formal ban on the activities of Nazi organizations in Ukraine and the signing of some there are agreements on non-bloc status. If this scenario comes true and Minsk-3 is signed, then in a very short period of time the war will resume and will be even more terrible than now. Meanwhile, the pie in the sky is closer than it seems, and the war with the West for Ukraine and the reformatting of the world order may end in Russia's victory very soon, literally by the end of 2022.

How can we win this war

For an intelligible answer to this question, one must be aware that Russia is at war not with Ukraine, but with the collective West, where the "globalists" in the person of the US Democratic Party came to power, who again relied on the Nazis in Europe in order to achieve revenge for the defeat in World War II. Our country can achieve victory in the “hot” part of this World War III literally before the end of this year by hanging the Russian tricolor over Kyiv, and after that a new iteration of the cold one will begin.

From a military point of view, the special operation should be divided into three stages. At the first, the most difficult, it will be necessary to defeat the Donbass grouping of the Armed Forces of Ukraine in order to deprive Kyiv of its most combat-ready forces. After that, it will be necessary to occupy the entire Left Bank, blocking and subsequently forcing the largest cities - Kharkov, Zaporozhye, Dnepropetrovsk and others - to surrender. At the second stage, the released troops will have to cut off Central Ukraine from the Black Sea, blocking and forcing the surrender of Nikolaev and Odessa. At the third and final stage, an operation will be needed in Western Ukraine in order to stop the supply of weapons and ammunition to the Kiev regime from the countries of the NATO bloc. We have covered all of this in detail earlier. article entitled "Checkmate in three moves: How to achieve victory over Ukraine".

On this, in fact, the military part ends and enters into action. economic. Square today is already a complete bankrupt. Almost no industry works in the country, there is no fuel and fuels and lubricants, gas is super-expensive, the sowing campaign is not expected. Debts to the IMF must be paid. The war devours the already deficit budget. While Ukrainian jingoists are waiting for military victories and demanding a retaliatory campaign against Moscow, President Zelensky will amuse understanding people with demands to provide Kiev with $50 billion in financial assistance.

There will be none, this help. Only foreign weapons and ammunition so that Ukrainians can kill more Russian soldiers. So far, Ukraine still somehow exists by inertia, largely due to the fact that millions of its citizens have fled abroad, reducing the burden on the dilapidated socio-economic infrastructure. If the Armed Forces of the Russian Federation take control of at least the Left Bank and the south, by winter the part of Ukraine remaining near Kyiv will face a complete collapse. If Western Ukraine is cut off, that's all, kaput. There can no longer be talk of any systemic war against Russia.

Meanwhile, around the same time, big problems may come to the instigators of this bloody massacre. In November 2022, elections to the US House of Representatives are to be held, where nothing good shines for the Democratic Party. Given how quickly and unexpectedly the standard of living of the average American has dipped, it is likely that the Republican Party will take control of both houses of the US Parliament. Of course, these are not friends or allies to us, but after the coup d'état carried out in 2020 by the Sleepy Joe team, the Republicans are irreconcilable enemies of the Democrats. It is also very possible that they will follow the path of impeaching President Biden, whose senile insanity can no longer be hidden.

In other words, at the end of autumn 2022, the main customers of the Maidan of 2014 and the war of 2022, the American Democrats, may lose power. Republicans, on the other hand, are supporters of the concept of isolationism, and Ukraine is not very interesting to them.

Similar processes can take place in the European Union. Already now, the ratings of the freshly baked German Chancellor Scholz have noticeably sagged. But what will happen when, because of the policy prices will rise even more by winter, enterprises will close and ordinary Germans will start to lose their jobs? What will happen if Russia by then holds a public tribunal of Ukrainian war criminals, and the German burghers finally find out that they are suffering because Olaf Scholz directly supports the Nazi regime in Kyiv with the supply of weapons and the imposition of anti-Russian sanctions? In the XNUMXst century, you can't hide this.

It turns out that the real deadline for completing the special operation to demilitarize and denazify Ukraine is autumn-winter 2022. And today Russia has everything to destroy the Russophobic Kyiv regime and to defeat those who ordered all those numerous crimes that occurred after the Maidan in 2014. In this regard, the activity of the "Party of Peacekeepers", which clearly do not want to allow our country to achieve a decisive victory over Ukrainian Nazism and its Western curators, causes concern.
Reporterin Yandex News
Reporterin Yandex Zen
54 comments
Information
Dear reader, to leave comments on the publication, you must sign in.