Dream Chaser: did the Americans steal the Soviet idea?

25 September 2018
1
The reusable Dream Chaser shuttle could be a new space revolution: it will be not only reusable, but also cheap. But this is in theory. 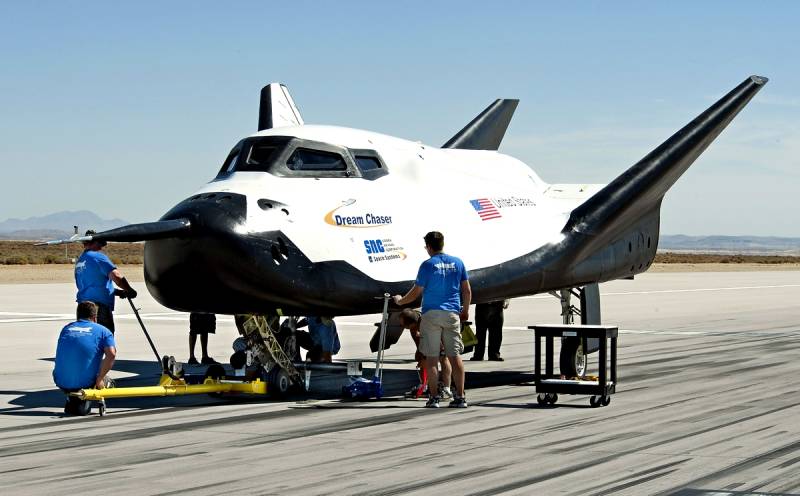 Shuttles as a hunch

The very idea of ​​reusable space components is a very rich one: the Falcon 9 heavy rocket created by SpaceX confirms this. Alas, reusable spaceships were out of luck. In short, the concept itself appeared at the wrong time in the wrong place. Both the American Space Shuttle and the Soviet Buran were not bad ships. They just turned out to be expensive and complicated. The fact is that both devices were created with an eye to military use. In theory, they could be used to put combat laser systems into orbit or steal enemy satellites. Nobody considered the money for the arms race during the Cold War, so the economy was largely conditional.

Ultimately, experts came to the conclusion that reusable shuttles do not have advantages in the civil field. Their reputation was greatly damaged, because even the old "Unions" were much cheaper. The Buran program was closed in the 90s, and the Space Shuttle completed its last launch in 2011. However, according to sound logic, sooner or later, humanity would have to return to reusable spacecraft. Only they will be made already taking into account the new requirements of economy. 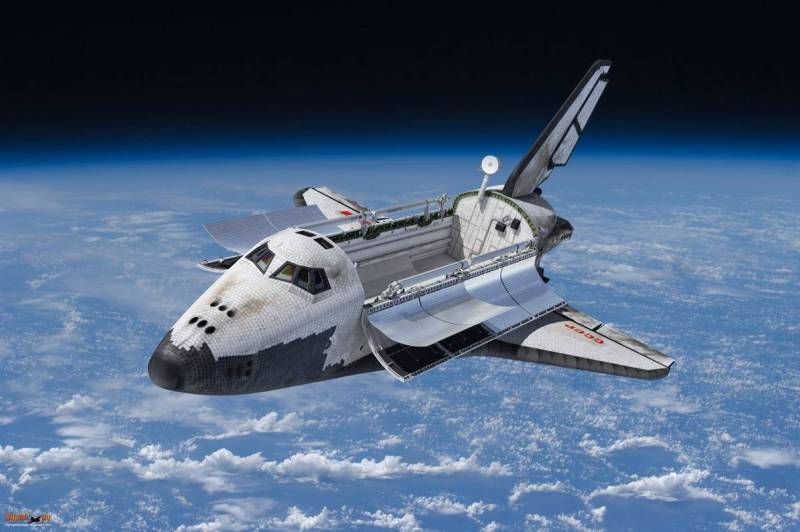 Dream Chaser is developing SpaceDev, a division of Sierra Nevada Corporation. Before us is a greatly reduced Space Shuttle: the ship has a mass of eleven tons, and its length is nine meters. It is stated that the ship will transport up to 5,5 tons to the station and return to Earth up to 2 tons. In the manned version, Dream Chaser can deliver up to seven people into orbit: for comparison, only three are placed in the Soyuz.

The ship itself became part of NASA's ambitious program called Commercial Orbital Transportation Services: its goal is to supply the ISS. Dream Chaser had competitors. At some stage, promising partially reusable vehicles looked so confident that many hastened to “bury” the reusable ship. But it was not there. At the beginning of the year, it became known that Sierra Nevada Corporation received permission to launch Dream Chaser on the ISS in 2020. The device, as expected, will be launched using the Atlas V booster rocket. In April 2018, information appeared that Sierra Nevada had assembled part of the spacecraft hull, since then the company has only developed progress. Roscosmos can only envy the pace of "private traders". However, let's not talk about sad things, we’d better try to understand where the concept of Dream Chaser came from. 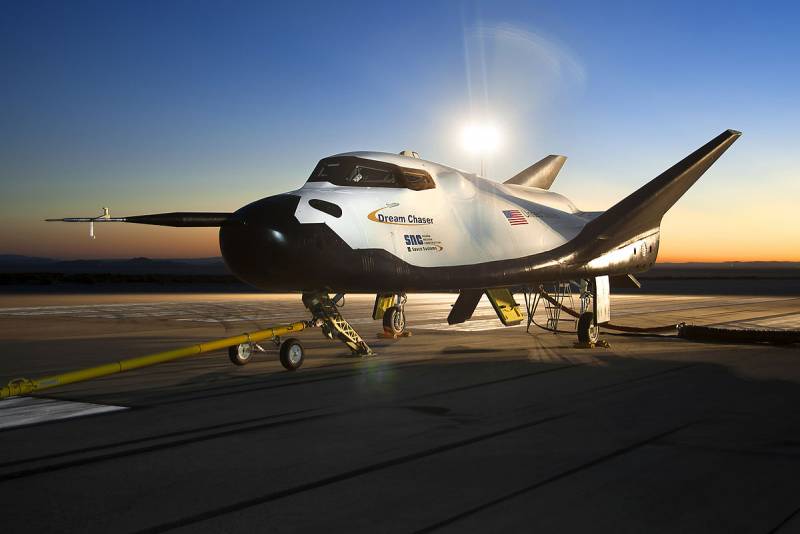 Before the Americans had time to present the concept of Dream Chaser, they began to actively discuss "plagiarism" on the open spaces of the Runet. They say that the ship did not appear by itself, but on the basis of the old project HL-20, which, in turn, was created on the basis of the BOR series spaceplane (unmanned orbital rocket plane), developed as assistance to the Spiral program. There is some truth in this point of view, but the issue requires more detailed consideration. The Spiral system was really actively created during the Soviet years. It consisted of an orbital aircraft and a hypersonic carrier aircraft. They wanted to launch the spaceplane into space using technology air launch - in this case, the launch of a spacecraft from a height of several tens of kilometers.

The "spiral" was turned back in the 60s, although then it was partially restored. The orbital plane completed within the framework of it gave birth to a whole family of curious space planes, which were launched as part of the Buran program. So, in 1980, the BOR-4C satellite was launched, and the last launch of the device of this series was made in 1984. It is important to note that these unmanned orbital rocket planes were launched not by the air launch method, but by means of the Cosmos-3M launch vehicle. This fact unites them with Dream Chaser, which, as already noted, also starts with a launch vehicle. Also, the American device and BOR-4 are similar purely visually. But the similarities end there. 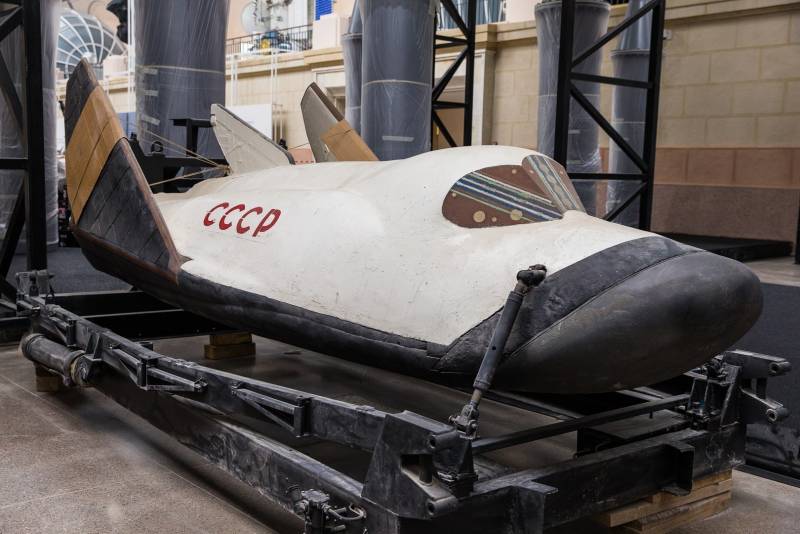 First of all, it should be said that the pedigree of Dream Chaser, HL-20 and cosmos of the BOR series is most correctly carried out from the American aerospace system X-20 Dyna Soar: the "Spiral" was created precisely as a response, similar to how the "Buran" was the answer to the overseas Space Shuttle.

Back in the fifties, the United States saw the X-50 as a manned space interceptor / reconnaissance / bomber. The Americans were considering different options for the system, but not one of them was put into practice, and the project was closed immediately after the start of construction. Here it is important to note another, perhaps even more significant aspect. If the X-20 Dyna Soar and the "Spiral" were seen as military complexes, then the Dream Chaser, in all likelihood, should become an exclusively peaceful spaceship. In itself, this makes it fundamentally different from the space warplanes of the Cold War, because such an apparatus should not only be reliable, but also economical and comfortable (if we talk about a manned version).

In general, Dream Chaser and BOR series devices have different capabilities, different purposes and different dimensions. This applies to Dyna Soar, which means saying that Sierra Nevada Corporation “stole” one of the old designs incorrectly. Dream Chaser can be called a completely distinctive spaceship, although it was created with an eye to earlier spacecraft, including Soviet ones. 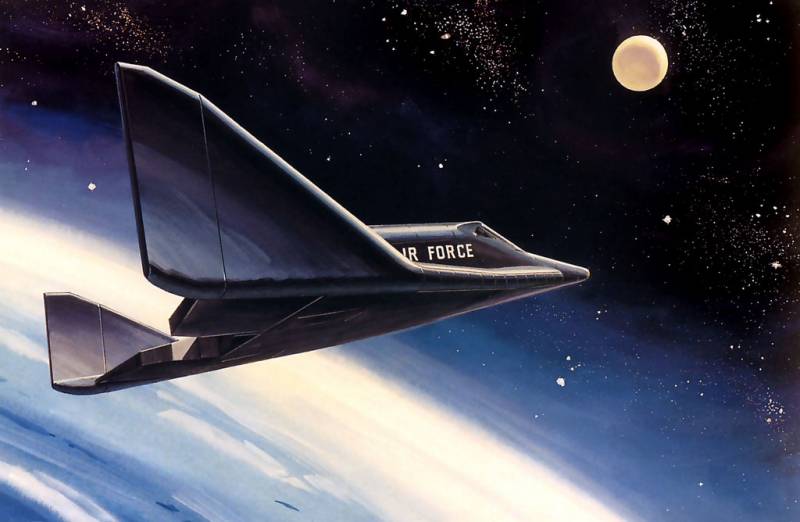 Separately, it is worth mentioning the prospects of the Dream Chaser itself. They look very foggy, due to strong competition from new products such as Dragon V2. There is little doubt that the latter will appear earlier. At the time of commissioning of the mini-shuttle, the Dragon will be able to effectively solve its tasks. Will SpaceDev manage to make its brainchild cheaper than its competitors? This we only learn over time: no one gives guarantees here.
Ctrl Enter
Noticed oshЫbku Highlight text and press. Ctrl + Enter
We are
American super-rocket BFR: too good to be true
"Buran", which could: was there a chance for Russia?
Reporterin Yandex News
Read Reporterin Google News
1 comment
Information
Dear reader, to leave comments on the publication, you must sign in.