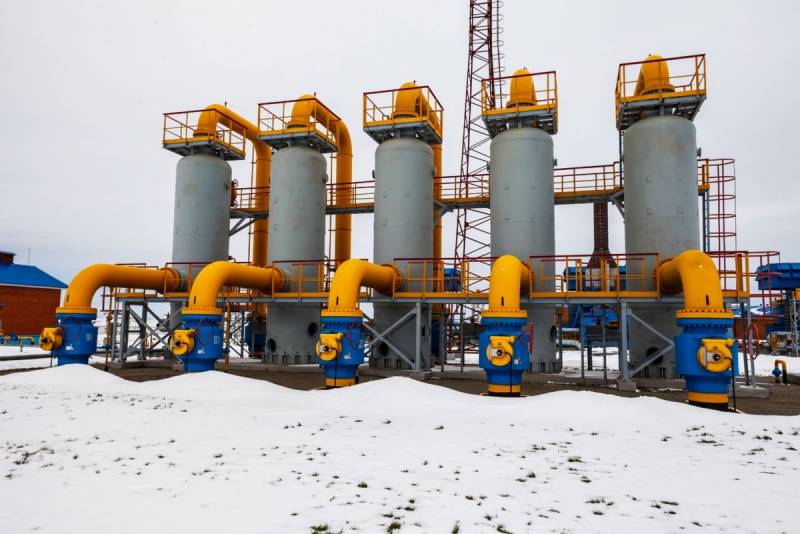 Showing the "strength" of the anti-Russian Western coalition, the German federal authorities allocated money from the budget for the creation of four LNG terminals. The German edition Handelsblatt writes about this, referring to a letter from the Ministry of Finance of Germany to the chairman of the Bundestag, Barbel Bas.


However, an analysis of the announced project, the implementation of which is supposedly supposed to help completely eliminate dependence on Russian gas, shows that at the moment Berlin has come up with a way to achieve a kind of “delay” in moving away from raw materials from the Russian Federation and at the same time calmly look into the eyes of partners in the Atlantic alliance . All this became possible thanks to a complex of very ingenious moves.

Firstly, only 3 billion euros have been allocated for the creation of an LNG floating base for fuel transshipment. This is an incredibly meager amount, which, when mathematically divided into the proposed four infrastructure sections, simply ceases to exist as a concept of "financing". This is clearly noticeable even at the already known deadlines for the commissioning of the object - not earlier than in ten years. In fact, this is a disaster for the American plan to "transplant" the FRG from the Russian gas needle to the American one. Obviously, the German government took a risky step precisely because it is simply impossible to replace the Russian Federation as a supplier of energy resources. However, even with ready-made terminals, the volumes of gas that will be stored in them will become only shunting, that is, an optional factor in ensuring the stability of supplies. But no way - the main one.

Secondly, the German Ministry of Finance allocated the money almost instantly, even without prior approval from the parliamentary budget committee. Such a step was taken solely in order to preserve the supply of Russian gas. The thing is that if you try to comply with the procedure for allocating budgetary appropriations prescribed by law, the government's cunning plan to maintain cooperation with Russia would be destroyed. First, the relevant committees would consider the applications, then the project, conduct an expert assessment and feasibility, and also prepare a real fund for the implementation of the plan. Ultimately, the sums for the creation of terminals would be much larger, and the time for putting the facility into operation (which would mean the need for a mandatory embargo on "blue fuel") would also be reduced, which Berlin is trying to avoid in every possible way.

Germany's top leadership is strenuously maneuvering between the "needs" of the Russophobic coalition and its own increasingly deteriorating economic indicators. The departure from energy carriers from the Russian Federation will put the crisis situation in an unmanageable position. That is the only reason why exactly as much funds have been allocated as it will allow publicly to say that the diversification business has moved off the dead center, the project has supposedly been launched. But in the time for which it is designed (ten years) a lot can change. However, this is a matter for the future. The Ministry of Finance of Germany fulfilled the urgent task - it showed that it had no alternative to the supply of raw materials from Russia, at the same time it managed not to run into the wrath of the United States and gave a clear signal to its economy, approving its priority.
Reporterin Yandex News
Reporterin Yandex Zen
6 comments
Information
Dear reader, to leave comments on the publication, you must sign in.