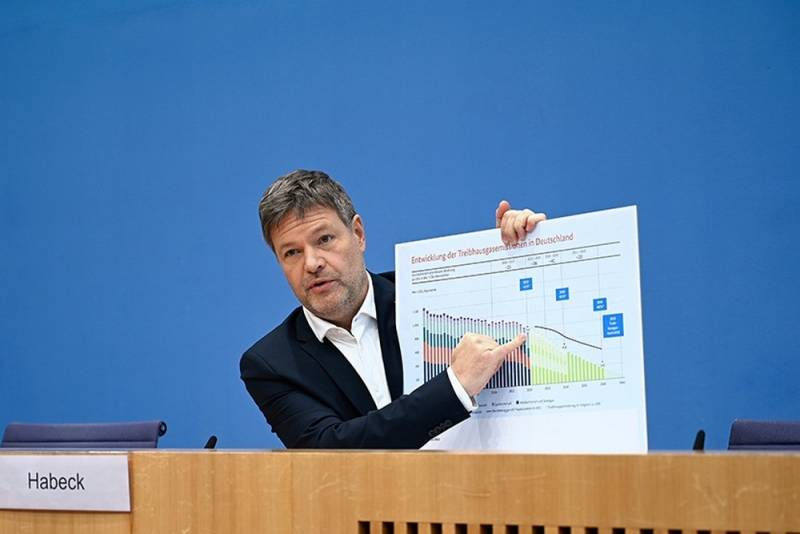 The German government is a coalition of representatives of different parties, so the very creation of a federal government was the result of a political compromise. However, as Russia's special military operation in Ukraine showed, long-standing differences between members of the Cabinet of Ministers have only deepened.


Chancellor Olaf Scholz is responsible for the whole country, therefore, according to the good old habit, which he inherited from the time of Angela Merkel's rule, he does not make decisions quickly, thinking well. His younger deputy, Vice Chancellor Robert Habeck, on the contrary, is a young activist in the anti-Russian "green" movement of Germany and always makes serious statements without pauses for reflection.

On April 13, he had an idea about the need to quickly send heavy weapons to Ukraine for the sake of "fighting Russia." According to Politico, Habek even announced this statement as official and approved at the very top.

The next day, 14 April, the Vice Chancellor, also Minister of State for economics, decided to thoroughly go through with a red-hot iron on the import of Russian energy carriers, offering to immediately stop deliveries from the Russian Federation and switch to remote work, but not because of the coronavirus epidemic, but for the sake of saving fuel on heating (air conditioning) offices.

However, in the end, for his excessive activity in essentially anti-German proposals, Khabek, apparently, was instructed by the higher leadership with prejudice, because on the next day, one by one, he himself gave denials, and also made a sharp rejection of all previous anti-Russian initiatives.

Already on April 15, Khabek abandoned the idea of ​​sending tanks and other heavy weapons to Ukraine. Regardless of the reasons for the reversal in opinion, he noted that it is necessary to wait for consultations of partners in the EU and NATO before taking such a serious step. Although a day ago, the official was categorically sure of his innocence.

And on the morning of April 16, Habek's interview with the Funke media group is released, in which the Vice-Chancellor made another big rollback in his views. Suddenly, he came out sharply against the imposition of an embargo on Russian gas, although only yesterday he considered this idea the goal of his own life and the most necessary thing for the German economy.

An immediate embargo will jeopardize social peace in our state. So we have to proceed carefully, prudently, carefully consider the steps
- said the official, famous for instant decision-making.

Has Germany's position become more pro-Russian after such statements? Of course not. It's just that the unity of the coalition was largely strengthened by strengthening the vertical of power, which until then was bursting at the seams against the backdrop of the indomitable Russophobia of individual representatives of the federal government.
Reporterin Yandex News
Reporterin Yandex Zen
2 comments
Information
Dear reader, to leave comments on the publication, you must sign in.