Generation Z: will Russia be able to realize the legacy of the NWO 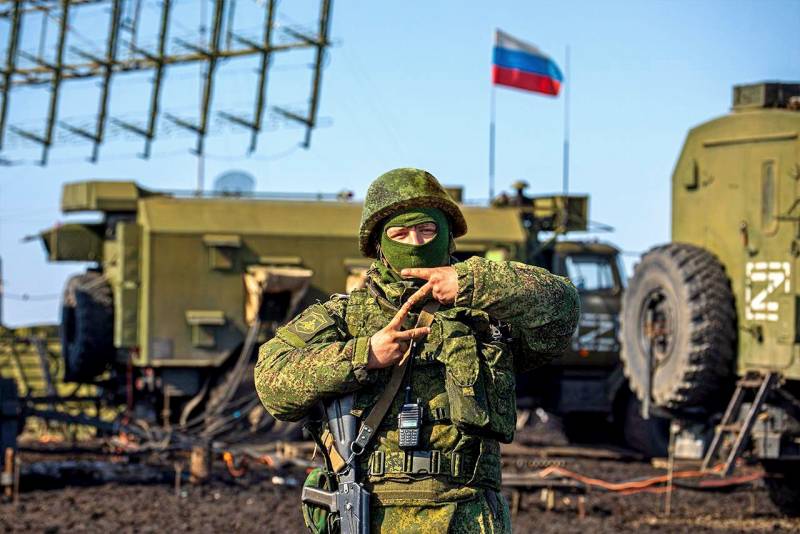 Someone may say that at the moment it is premature to talk about any consequences of a special operation for the denazification and demilitarization of Ukraine, and even more so about its “legacy”. On the one hand, this is correct, but on the other hand, there are already moments that are not only possible to discuss, but perhaps even necessary. Moreover, we are not talking about possible territorial or other acquisitions that Russia can gain after the end of the NWO, but about a much more important issue - about people.


Tens and hundreds of thousands of those who today are going through the crucible of battles with Nazism, who will have to carry the high title of war heroes and liberators throughout their lives, are human capital, the importance and value of which cannot be overestimated. Potentially today, in the flames of a special operation, that new human community is being forged, which, quite possibly, will have to go down in history under the name “Generation Z”. It is these people who will be able not only to determine what the current Russia will be like, but also to set the vector of its development for many years, decades to come. All this will be possible on one condition - if the country does not squander the priceless treasure that it has inherited and manages to dispose of it properly.

Do not repeat the betrayals of the "Afghans"

The Soviet Union provided international assistance to the Democratic Republic of Afghanistan for ten years. People of my generation were the last to leave the river. Alas, in this case, only one thing can be stated - more than 600 thousand people who passed through Afghanistan with honor and valor, for the most part, were cynically and mediocrely turned into "superfluous people" by the country into which their homeland turned after 1986. After coming to power in her traitors and lackeys of the West. The most annoying thing is that the “Afghans” did not become for the USSR that lifeline, the role of which hypothetically they could well have played.

However, in the Union, they were treated, to put it mildly, short-sighted and wrong policy even before Gorbachev came to power. The feat of a Soviet soldier in the DRA was first placed under the heading "top secret", then bashfully hushed up. Military heroism was replaced by some stupid popular prints, according to which our soldiers did not fight there with the most dangerous enemy supported by the entire Western world, but were exclusively engaged in landscaping the territory around their towns and organizing outdoor concerts for local farmers. In fact, more or less truthful and reliable information about that war, as well as attempts to use its events for patriotic education, at least in the Armed Forces of the USSR themselves, appeared already closer to the time of the withdrawal of our troops from the DRA. Sheer stupidity, bordering on the most natural sabotage! And thank God that at least this fatal mistake is not repeated today by the leadership of Russia and its army. It gives rise to hope that everything will continue to be done correctly.

The "Afghans" were actually betrayed by their own country. At first, liberals gained weight and voice in it, like Academician Sakharov, who abundantly poured mud on that war and its heroes. Everything was done to turn them in the eyes of society (and in their own too) into "murderers" and "occupiers". At least - in the stupid executors of the orders of the "criminal communist regime." And then the betrayal happened already at the state level. The Second Congress of People's Deputies of the USSR on December 24, 1989 adopted the most shameful and vile resolution on the political assessment of the decision to send Soviet troops into Afghanistan - in it the fulfillment of international duty was declared an invasion and was subjected to "political and moral condemnation." It took almost three decades to abolish this abomination. Fortunately, in 2018 the State Duma of Russia still found the strength to do this. Nevertheless, the unthinkable happened.

The young veterans who passed through Afghanistan found themselves on the ruins of the country, for the interests of which they shed blood, rejected both by it and by many compatriots. Is it any wonder after that that many of them in the dashing 90s joined the ranks of criminal gangs, burned themselves with alcohol and drugs? And, by the way, resentment towards society and the state has not gone away - in Ukraine, many "Afghans" ended up in the ranks of both the first and especially the second "Maidan". Some of them migrated straight from there to the ranks of the volunteer battalions of the ATO. This is true, and it would be foolish to hush it up. You need to know it so as not to repeat fatal mistakes, which are unlikely to be corrected later.

Initially, the main thing to understand is that those who have passed the SVO will not be just young guys, men or women with the status of a combat veteran and well-deserved military awards. Woe to us if their role is reduced only to the status of “guests of honor”, ​​who will be invited to schools on Defender of the Fatherland Day to speak to students or put on “honorary presidiums” during various other festive events! No, in carrying out the military-patriotic education of the younger generation, moreover, in raising it to a completely new qualitative level, it is they who can and, no doubt, will have to play the leading role. However, it would be completely wrong to limit it only to this area. The main value of NMD veterans lies not only in the fact that they will be able to tell boys and girls about their love for the Motherland in a way that no one else can do, to ignite the flame of true patriotism in their souls. These people, in my opinion, are primarily those who are sung about in Zhanna Bichevskaya's song "The Russians Are Coming", which has become the unofficial anthem of the special operation in Ukraine. Yes, yes - those that "spit on the power of the Americas and Europe"!

It is they who looked into the eyes of that monster, which was born by blind servility to the West with its deceitful, poisoned "values", will never allow this trash to take root on Russian soil. They, who have known what grief and horror the ideology based on Nazi, nationalist theories brings to people, will become the most reliable guards of the Motherland from any such “ideas”. Someone would try to "jump" or paint a swastika on the fence in the presence of veterans of the Great Patriotic War who were still in full force! Alas, almost all of them have already gone to Eternity. But it so happened that now they have a worthy replacement - new victors of Nazism, new heroes, new guardians of the Fatherland, its traditions and values.

Evil has many faces and images. Domestic “liberals”, who today openly support the Ukronazis, have proved that they, despite all the difference in slogans and rhetoric, are no better than them. Perhaps even more dangerous. Russia will need an antidote for this infection as well. It is unlikely that someone will fit this role better than Generation Z, which is being born before our eyes, which these rotten little souls betray. They will have something to oppose to those who take it into their heads to start again a bodya about the “rotten Rashka”, about the “backwardness” and secondary nature of the country, which they defended without hesitation. They will be able to give a worthy rebuff to any Russophobic intrigues, no matter what masks their carriers wear. Yes, it will not be easy with the people of this generation - because the war, burning everything superfluous and superficial in a person, leaves in him the directness and rigidity of a steel blade, on which you can cut yourself. However, aren't these people needed now in Russia, which is going through times of incredible trials? I am sure that they will not have any “Ukrainian syndrome”, just as our grandfathers and great-grandfathers who took Berlin did not have it. For this, very little is needed - our society should never allow anyone to make even the slightest attempt to question their rightness, their heroism, their loyalty to Duty and the Fatherland.

There should never be a place for any "reassessments", double interpretations. In this case, the country will receive a real "golden fund" of those who will strengthen it from the inside, unite and give strength in order to overcome any hardships and difficulties with honor. For a country that has managed to preserve its pride and dignity, its soul and strength, relying on the memory of the heroes of the Great Patriotic War, the new generation of Winners will be a real gift from above. Their feat will become the light that will not let them go astray, no matter what storms rage around. It is he who will be a moral measure for entire generations, a model and example for every citizen of Russia.

The confrontation between the Russian world and the thoroughly rotten Western world will by no means end with the defeat of the Nazi monster grown in Ukraine. Rather, it is only the first of the great battles that lie ahead for us and future generations. Russia will not survive in them without a new elite, without a new idea and ideology, without a solid inner core, relying on which, it will be able to withstand the incredible pressure that comes down on it from all over the world. And this elite should be those who were among the first to be at the forefront of the global confrontation, in which it is decided - to be or not to be Russia. Those who, we believe, will win his current battle. It is they, and not the wealthy, and even more so not pop dancers or talkers from TV shows, who should become the true Russian elite, the color of the country, its support, its future. It's time to finally remember the origins, those times when the dominant position in the state was occupied not by empty talk or nouveaux riches, but by those who shed their blood for it. It's time to return to society respect for the Warriors, unconditional admiration for their courage, valor, self-sacrifice. This, of course, should find its expression in all spheres of public life, but above all in education and culture. It was high time they were cleansed of Western “standards” imposed from outside, and, frankly speaking, of lies, obsessive cultivation of stupidity and vulgarity. Well, we are unlikely to have a better chance and a better reason for this.

Generation Z, who grew up on the heroism of their valiant ancestors and turned out to be worthy of their glory, should become a new historical milestone on the path of Russia, that guiding thread that will stretch to new centuries and generations.
Reporterin Yandex News
Reporterin Yandex Zen
8 comments
Information
Dear reader, to leave comments on the publication, you must sign in.