The betrayal of the Russian elites: why the "masters of culture" serve the West 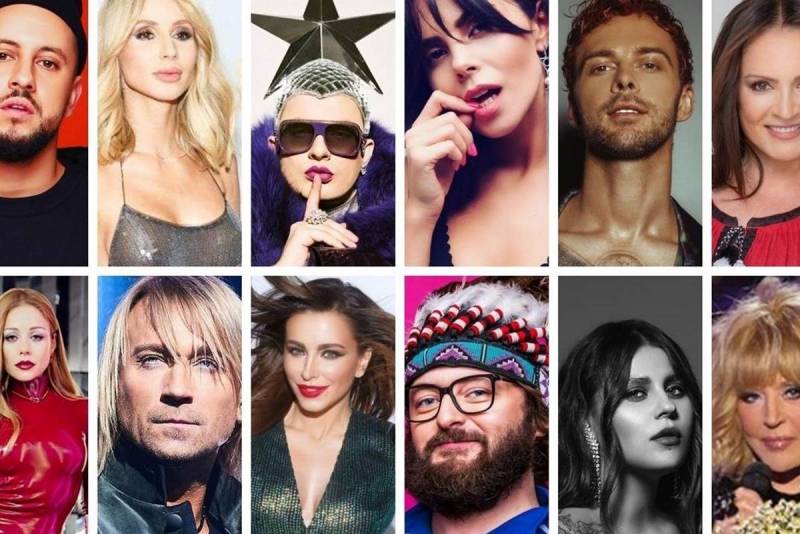 The rapid events of 2022, which overshadowed both the sorrows of the pandemic and the entire local political fuss, exposed many trends in our society, which were hidden by a veil of calm everyday life. The Russian state has finally begun to realize that the country's viability is based on industry, and not on gold and foreign exchange reserves and oil and gas contracts.


The liberal opposition finally showed its cards, and it became clear that its program was based on the desire to subjugate Russia to the West, even if this requires supporting Bandera and the collapse of the country.

The Russian "creative class" of IT people showed cowardice in front of the imaginary mobilization and organizedly preferred to scatter over Georgia and Turkey. The youth of the capital, who for years have been instructed to dream of easy money on YouTube and taught to bow to Western brands, fell into a whine.

All this proves a long-known truth: in the minds of many people who are formally educated, denounced by titles, awards and power, there is a solid ideological mess.

The people are the source of society's maturity

Strange as it may seem, the most mature, calmly balanced attitude to the rapidly changing global and local situation is observed only among the people. In the depths of the masses, among ordinary, not always well-educated and well-read people from the city outskirts and small villages, among the guys whose only ticket to life was contract service, a position that is clearer and more intuitively grasping the essence of the situation. "We have entered an era of change, it will be hard, there are enemies - there are friends, we need to stick together, the strength is in truth, we will break through." Such a homely truth of life. There is no panic, no throwing, no decadent moods.

This suggests that we owe the political and ideological maturity of our society not to the rulers of thoughts and political scientists, but to those cooks and hard workers who have been ridiculed and humiliated for the past thirty years. Most of all, these people are outraged by the negotiations with the Zelensky clique, attempts to compromise with the West and the torture of Russian soldiers and officers. Most of all, these people have hopes for the army and Putin. "The army will now be with the people not only there, but also here, with us." “Putin has changed, he began to understand that he is surrounded by enemies and oligarchs,” they say.

The main character of Gerasimov's painting "Mother of the Partisan", an old woman with a red flag, surrounded by two Bandera, has become a real symbol for our people. The grandmother-symbol understands everything: who are friends, who are enemies, who is the truth behind and how life should be arranged.

Some will say that the people are deliberately drugged by state propaganda, infected with chauvinism, leavened patriotism and nostalgia for the USSR. Nothing like this! Our people are just with healthy skepticism and are very wary of the statements of politicians, the rhetoric of journalists and are well aware of the society in which they live. They acutely feel half-heartedness, inconsistency and even unscrupulousness in many matters, and they are disgusted by them.

For these people, it was not a surprise that the paths of the people and the Russian intelligentsia once again diverged. Again, the gulf between the "educated estate", mired in servility to the West, and the people made itself felt.

Our everything is not only Pushkin, but also Gorky.

French Radio International (RFI), a major French state media resource, in its article about the "heroic resistance" of the Russian intelligentsia to the Russian state, took Gorky's catchphrase as the headline: "Who are you with, masters of culture?" The editors of RFI, obviously, did not read the article of the same name by the master, or their cynicism is simply beyond.

The work of the intelligentsia has always been reduced - mainly - to the business of decorating the life of the bourgeoisie, to the business of consoling the rich in the vulgar sorrows of their lives. The nanny of the capitalists - the intelligentsia - for the most part was busy darning with white thread the long-worn, dirty, profusely stained with the blood of the working people philosophical and ecclesiastical vestments of the bourgeoisie. She continues to engage in this difficult, but not very laudable and completely fruitless business in our days.
Gorky was primarily a communist, and if we omit the somewhat modified “class component”, do these words not apply to contemporary cultural and art workers? Aren't they engaged in decorating the life of the philistines and comforting them in the "vulgar sorrows of life"? Of course, for the sake of money, without which the "masters of culture" do not lift a finger.

Gorky contemptuously calls the intellectuals "specialists in consoling the bourgeoisie." And here is how he speaks of the Western press, to which the intelligentsia prayed even then:

You citizens do not know very well what is the cultural significance of your press, which unanimously asserts that "an American is first an American" and only after that a person... It will not be an exaggeration to say that the press of Europe and the level of their readers - the level and without her help is low.
Can't these words be fully applied to our situation as well?

The article is crowned with the appeal of the great writer:

It's time for you to decide the question: with whom are you, "masters of culture"? With the labor force of culture for the creation of new forms of life, or are you against this force, for the preservation of a caste of irresponsible predators - a caste that is rotten from the head and continues to act only by inertia?
It is easy to change this phrase to our situation: with whom is our intelligentsia - with the "labor" masses of the people or with the well-groomed American and European politicians who turned Ukraine into a hotbed of fascism?

The answer, unfortunately, in relation to a significant part of the masters of culture is obvious. As well as in relation to the "creative class", businessmen, many officials and deputies, no matter how the latter dress up in the attire of patriots. And this is not the specifics of only Russia, as it is sometimes presented, referring to the split in Russian society since the time of Peter the Great and the discussions of Westerners and Slavophiles. In all countries, at turning points in history, strata of people crawl out, obsequiously serving the West. This means that there is some kind of deep, international factor, indifferent to both the level of education and the level of artistic mastery, which gives similar consequences. And this is not money, it cannot be said that the Americans are buying the loyalty of our intellectuals. Of course, they are trying to influence, bribe, create an appropriate atmosphere and information background, but no one pays Urgant and Galkin for their position, does not recruit oligarchs, officials and deputies.

What is the reason for the notorious Westernism?

It seems that at the heart of serving the West are motives, primarily of a psychological nature. The USA and the EU are rich centers of world power, they have a developed economy, albeit built on the fruits of colonialism, intervention and exploitation of backward peoples. Their strength is respected, especially among weak-minded people. On the other hand, practically all Westerners put themselves above the people, secretly or openly hate the people, consider them eternally dirty and backward. They are prone to arrogance and swagger towards ordinary people. They clearly separate themselves, the community of their own kind and the people. For them, the individual always stands above the collective. It is not in vain that the contemptuous nickname "elitist" arose in the Russian language.

The addition of these two psychological "guides" seems to give cringing to the West.
Reporterin Yandex News
Reporterin Yandex Zen
22 comments
Information
Dear reader, to leave comments on the publication, you must sign in.