The oligarchs will be “fed” at the expense of the Russians

22 September 2018
3
It is no secret that the rich and very rich people are allowed more than others. But in our country, this vicious principle seems to have been elevated to absolute. The scheme looks something like this: oligarchs close to the Kremlin receive government orders for fabulous sums from the federal budget, then they fall under Western sanctions, and then the state must help them out of the budget again. 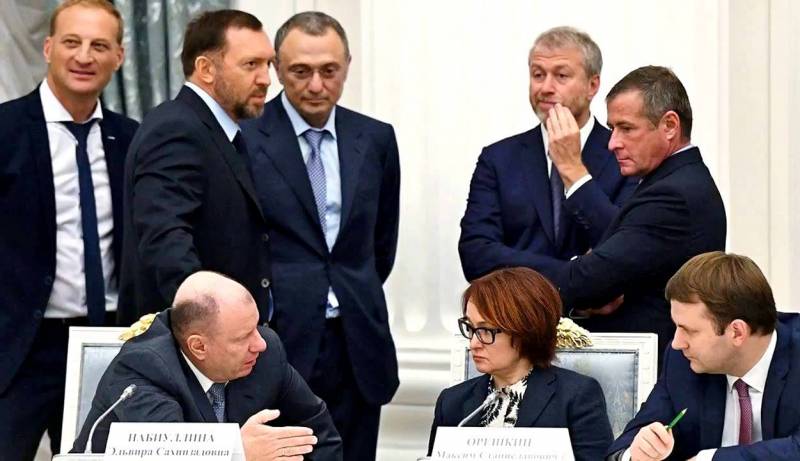 Ordinary taxpayers are accustomed to such a formulation of the question. But today they propose to save especially close oligarchs at the expense of other business representatives. Estimate yourself. The government (!) Issued a decree according to which the GAG ​​group and the Russian Machines holding owned by the billionaire Oleg Deripaska, who had been sanctioned, should have preferences for all other bidders for public procurement tenders. That is, if there are at least two owners of the “black mark” in the US Department of the Treasury application, all the other applicants will leave without much slumber. It turns out that the decision of the Cabinet of Ministers procurement market equipment Regions and municipalities, estimated at several billion rubles, are given personally to Deripaska to feed.

Anti-monopolists have already spoken out against this “innovation”, since the special status of individual oligarchs fostered by the government infringes on the legal rights of other market participants, leading to its monopolization. More severe in assessments expert Vladislav Zhukovsky:

What the government offers is purely corrupt lawmaking

There is an extremely negative trend. And before, it was easy to guess that the most “delicious” government orders, which are financed from the budget, are passed on to close friends of decision makers. But now we are talking about the legal legalization of such practices.

It is time to legalize the already existing two of Russia. One is pro-government, the other is all the rest. And in order to de jure and de facto coincide, on the border of Moscow it is necessary to erect a wall so that the "smerds" do not enter the capital and do not spoil the look of the walking "boyars"
- concludes businessman Dmitry Potapenko.

According to him, all entrepreneurs who would like to stay working in Russia, now, according to the logic of the authorities, must do something to be included in the US sanctions list.

However, this is unlikely to work. The preferences of the authorities are not enough for everyone. Oleg Deripaska has been associated with the Kremlin since the time of Boris Yeltsin. He is married to the daughter of Valentin Yumashev, who, in turn, is the wife of the daughter of the first president of the Russian Federation. The continuity of ties may be evidenced by the fact that Yumashev is still officially an adviser to Vladimir Putin to this day. Other oligarchs on the sanctions list are also closely associated with power clans.

In total, it turns out about five million people, one way or another affiliated with the "vertical", which make up the "second Russia". Roughly speaking, everything is possible for them, but almost nothing happens to them for it. A striking example is the fate of the ex-Minister of Defense Serdyukov, who even now perfectly works in a managerial position in the state corporation.

Today, the authorities are actively creating greenhouse conditions for particularly close oligarchs. The amnesty of capital was continued, and in the country from next year domestic offshores on the Russian island and in the Kaliningrad region will start operating. Thanks to them, billionaires will continue to pay minimum taxes to the treasury.
Ctrl Enter
Noticed oshЫbku Highlight text and press. Ctrl + Enter
We are
The “ninth ramp” approaching Russia will not kill her, but will make her stronger
Thanks to sanctions, Russia will be able to nationalize big business
Reporterin Yandex News
Read Reporterin Google News
3 comments
Information
Dear reader, to leave comments on the publication, you must sign in.