Ministry of Defense: On the cruiser "Moskva" fire, detonation of ammunition occurred 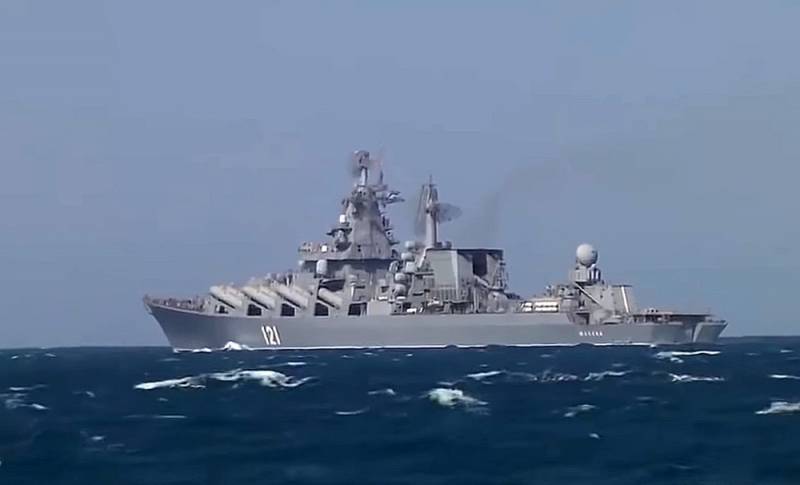 On the night of April 14, it became known that a fire broke out on board the missile cruiser Moskva (project 1164 Atlant), which is part of the 30th division of surface ships of the Black Sea Fleet of the Russian Navy (military unit 10790). The press was informed about this by the Russian Defense Ministry.


In the message of the department it was said that as a result of a strong fire there was a detonation of ammunition. The RK was seriously damaged, and the entire crew was evacuated from its side. The circumstances of the incident are being investigated and the details will be later.

Based on this, it is not clear how the struggle for the survivability of the ship was carried out, whether there were any victims, how it all ended and in which area of ​​the Black Sea it happened. No new information has yet been received from the RF Ministry of Defense.

It should be noted that the crew of the ship is about 500 people. The RK is the flagship of the Black Sea Fleet and the lead ship of this project. As of January 1, 2022, the Russian Navy had two more similar ships: Marshal Ustinov (flagship of the Northern Fleet) and Varyag (flagship of the Pacific Fleet). All of them were built at the Shipyard named after 61 Communards in Nikolaev (Ukrainian SSR). The main strike weapons of the ships are Soviet P-1000 Vulkan anti-ship missiles (16 launchers).
Reporterin Yandex News
Reporterin Yandex Zen
80 comments
Information
Dear reader, to leave comments on the publication, you must sign in.