Is a landing operation near Odessa possible without the cruiser Moskva? 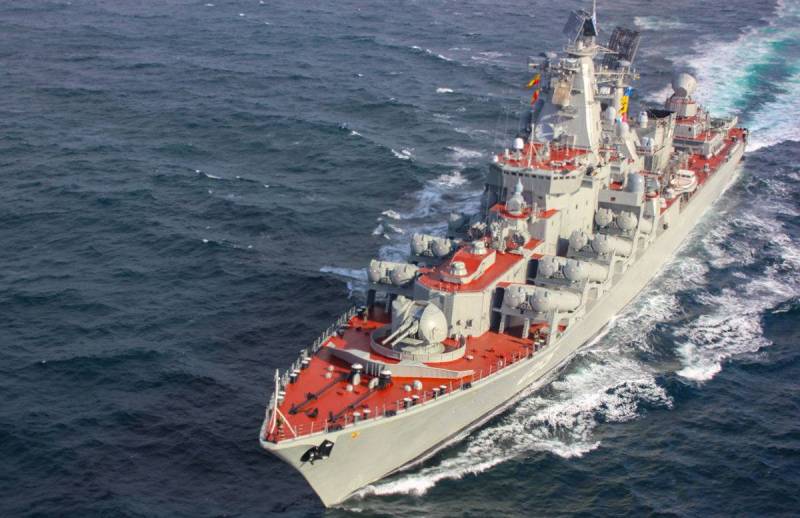 From the very first days of the special military operation to demilitarize and denazify Ukraine, one of the highest priority targets for the RF Ministry of Defense was Odessa, a strategically important port city on the Black Sea coast. Judging by external preparations, it was supposed to carry out a landing operation, followed by the transfer of troops by land to help the Marines. Even one threat of a Russian landing near Odessa forced the Armed Forces of Ukraine to keep a significant grouping in the region for a blocking strike. Now, however, the very possibility of such an operation is being called into question.


Read more about why the Russian Defense Ministry is pulling with amphibious assault on the Black Sea coast of Ukraine, we reasoned previously. The main conclusion then was that the very method of landing from outdated BDKs by “sticking” them into the shore is deadly in the face of active opposition from the enemy. At the same time, it is known that the Armed Forces of Ukraine are armed with anti-ship missiles and long-range artillery, and also receive operational intelligence and target designation from the NATO bloc. At the same time, the ability to provide reliable anti-aircraft cover for the landing force by naval air defense forces raised certain questions. Not everyone liked our conclusions, but the reality turned out to be even less rosy.

March 24, 2022 in the port of Berdyansk there was an emergency immediately with several Russian large landing ships, which were unloading at that time. As a result of a strong fire and explosion of ammunition, the Saratov large landing ship was destroyed and lay on the bottom at the pier. Two more BDKs received less significant damage, were able to cope with the fire and retreated to the sea to a safe distance. What actually happened there - a Ukrainian missile attack, sabotage, or an emergency of a different kind, is still not known for certain, but the fact is that at least one large landing ship of the Russian Navy has been irretrievably lost.

The night before, another emergency occurred, which became a real tragedy for the Russian Navy. Most likely, the missile cruiser Moskva, the flagship of the Black Sea Fleet, was lost. Here is how this event was commented on by the Ministry of Defense of the Russian Federation:

As a result of a fire, ammunition detonated on the Moskva missile cruiser. The ship was seriously damaged.
According to the fragments of information available in the public domain, it can be understood that the damage to the ship was so serious that the entire crew had to be evacuated. As usual, versions of what happened diverge. What the Ukrainian media write, we will not give - a lot of honor. What actually happened there, we do not know, therefore we will focus on the statements of our Ministry of Defense.

I would like to talk about an important practical aspect of both of these tragedies of the Russian Navy.

It should be noted that immediately after the start of a special military operation in Ukraine, Turkey closed its straits for the passage of warships. And despite the fact that officially there is no war between Moscow and Kiev. Consequently, no replenishment in the Black Sea can come to the Russian Navy. Further, on March 24, 2022, an emergency occurs in Berdyansk, as a result of which two Russian large landing ships are damaged, and the third is lost forever. And now, on the night of April 13-14, under unclear circumstances, the flagship of the Black Sea Fleet of the Russian Federation, the missile cruiser Moskva, dies. This, by the way, is one of the most powerful warships of the Russian Navy, created specifically as an “aircraft carrier killer” to fight against the AUG.

Of course, the question immediately arises, what exactly was he doing near the Ukrainian coast? It is not intended for strikes against ground targets, there are no Calibers on it. The main armament of the cruiser is heavy-duty anti-ship missiles, which cannot be easily reloaded. For the blockade of Odessa and containment of the remnants of the "mosquito fleet" of the Ukrainian Navy, this is clearly redundant. There remains an anti-aircraft cover, since the Moskva was equipped with several air defense systems at once, including the S-300 Fort. True, they are decently inferior in terms of performance characteristics to the more modern Redut.

To understand the overall picture, one should take into account the position of the NATO countries, which so far formally do not participate in the conflict with Russia. On April 3, 2022, British Prime Minister Boris Johnson called for assistance to Kiev with arms supplies so that Nezalezhnaya could keep Odessa:

We probably have the most mature relations of all countries with the Ukrainians. We have a list of what they need and we try to satisfy it to the best of our ability. The Prime Minister is determined to help Ukraine defend itself, and he will support meeting that need.
It was about Harpoon anti-ship missiles. A Times source in London commented on Kyiv's request for arms supplies as follows:

Boris says we don't need another trigger... Anything Zelensky asks for, he'll get if we have it.
Undoubtedly, the British were very offended by Moscow for their bombed base in Ochakovo. And two days ago, the Russian media became aware of the appearance of NATO specialists near Odessa:

In one of the suburbs of Odessa, there is a secret base of the NATO monitoring group with equipment that allows you to determine the exact coordinates of any ship in the Black Sea within a radius of up to 200 km. The main specialists are employees of the Romanian PMC Nordstarsupport Group.
What do we have in the dry residue? NATO categorically does not want to give Russia the Northern Black Sea region, since this will mean a guaranteed strategic defeat of Ukraine. Turkey has closed its straits for us. Numerous AWACS aircraft and reconnaissance drones of the United States and the North Atlantic Alliance are constantly circling over the Black Sea. Near Odessa, a group of NATO specialists appears, having equipment for issuing target designation data to the missiles of the Armed Forces of Ukraine. First, in broad daylight in Berdyansk, the Saratov BDK dies. Then at night something bad happens to the flagship of the Black Sea Fleet of the Russian Federation, which actually makes the Moskva cruiser incapable of combat for a long period of repair, and this is at best.

Is a landing operation near Odessa possible under such conditions? Hardly. Who benefits? Ukraine and the NATO bloc. And what really happened there tonight with the "Moscow", we do not know. In war, as in war, anything can happen. Accidents happen.

PS There is a proposal after the capture of Nikolaev to take away from Kyiv the same type of missile cruiser "Ukraine" as an indemnity instead of "Moscow", having previously repaired it there.
Reporterin Yandex News
Reporterin Yandex Zen
65 comments
Information
Dear reader, to leave comments on the publication, you must sign in.