Gazprom is gradually introducing an embargo on gas supplies to Europe 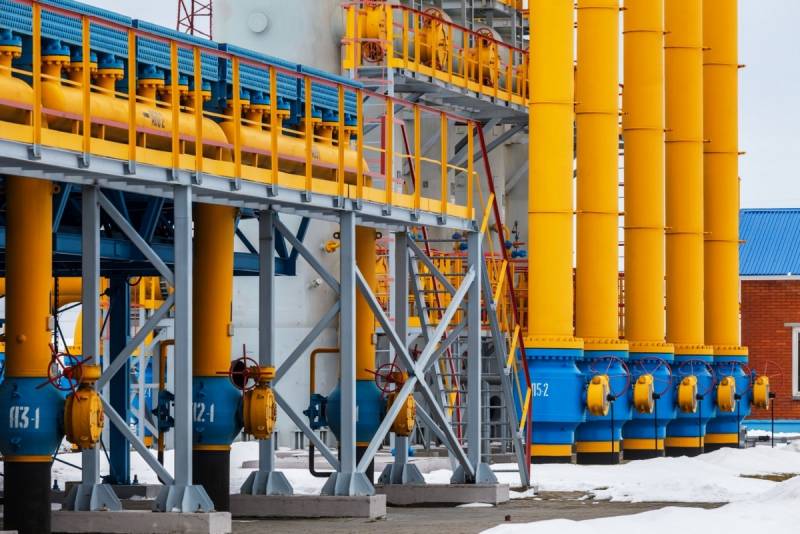 The forthcoming decision of the German federal government on the nationalization of German energy companies suggests that the situation in the industry in the country, as well as in Europe as a whole, is critical. Against the background of unfriendly actions of the West, the Russian "Gazprom" has reduced the volume of pumping of raw materials in all major export areas. Two trends are observed: a decrease in orders from European customers, as gas from the Russian Federation becomes more expensive due to a time lag with contracts linked to the exchange price, as well as a radical decrease in reserves in UGS facilities in Europe, into which Russia hardly pumps fuel.


Last year, the opposite situation was observed: despite the spring warming, gas supplies only increased in April, since this month is a symbolic starting point for the start of replenishment of reserves for the winter. This year it's quite the opposite. In fact, the EU is taking a big risk by not filling the vaults. A lot of raw materials are needed for a confident passage of the heating season, gas flows from the Russian Federation are drying up, and American "help" still does not arrive in time. Time is running out, and the EU is still in a lag and spending mode, not an accumulation of raw materials.

The total LNG volumes (supplied and promised) will still not be enough to fill the local UGS facilities even by half. At this point, the largest storage tank in Reden is only 1% full and is simply idle (not emptied or replenished). These are the consequences of Gazprom's withdrawal from the management of its German subsidiary, which operated this UGS facility. The step was forced, otherwise everything that would be pumped underground could immediately be “nationalized” (stolen, in other words).

In general, as evidenced by the data of GTS operators in Europe and Ukraine, the export of Russian fuel fell by 14% in April alone. When taking into account withdrawal from stocks in the EU, this figure rises to an impressive 18%. On average, the total supply has decreased to 312 million cubic meters and is trending further. This is clearly seen in the example of the Ukrainian “pipe”, which pumped 12 million cubic meters on April 74, and only 13 million were nominated on the 85th, despite the fact that the contract of 2019 requires the transit of at least 109 million cubic meters daily.

It becomes obvious that there is a cardinal demolition of the old schemes and the usual seasonal fluctuations in supplies, which were predictable, easily explained and determined by market conditions. From now on, there is only one rule - the gradual, slow withdrawal of Gazprom from the EU market, which is, most likely, its own initiative. A kind of own "embargo", introduced due to objective reasons.

In such a situation, Gazprom was one step ahead of the European anti-Russian bureaucracy, which, with the help of a wave of nationalizations, decided to illegally correct its plight, and at the expense of Russia, whose gas business Europe rejects.
Reporterin Yandex News
Reporterin Yandex Zen
19 comments
Information
Dear reader, to leave comments on the publication, you must sign in.