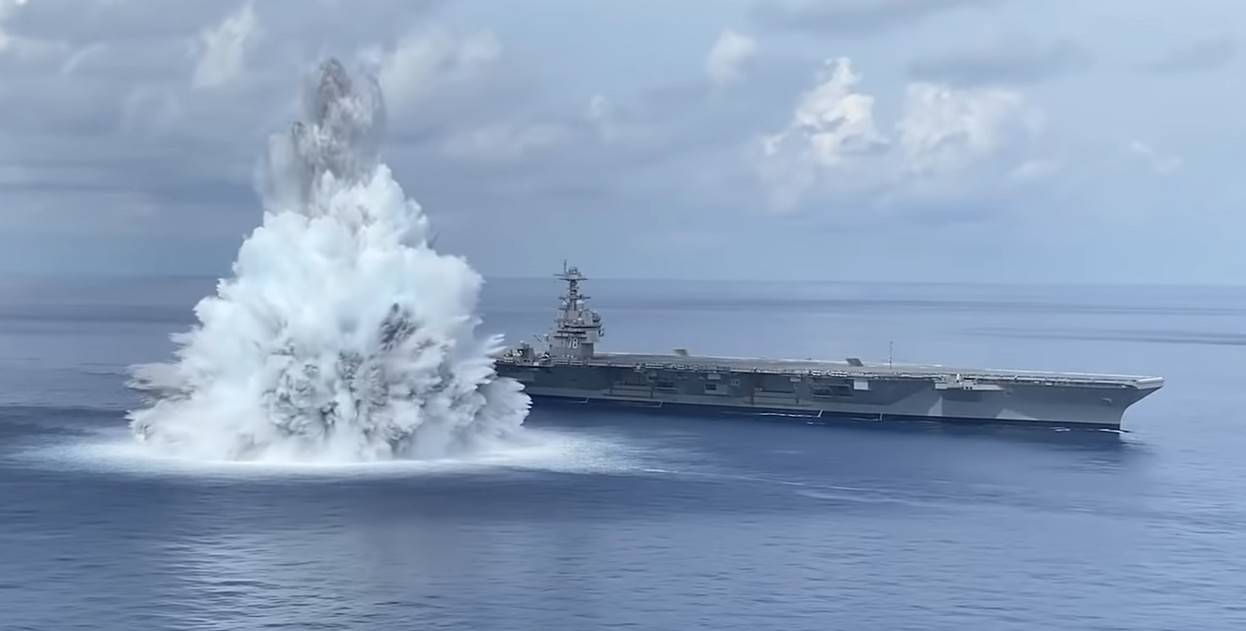 The American aircraft carrier USS Gerald R. Ford, almost 15 years after the start of construction, entered combat service as part of the US Navy. And this is despite the fact that the construction was completed in the middle of 2017, and the first launch of the ship took place at the end of 2013.

The most expensive warship in the history of mankind has a difficult fate. Throughout the construction, he was literally haunted by failures of varying severity. So, when designing, the engineers planned to equip the military vessel with a large set of systems that meet the latest standards and technology. Among them are a new radar station, special lifts for delivering shells on board, and much more. They even wanted to put electromagnetic catapults.

Grandiose plans in 2018 were seriously spoiled by an unpleasant fact that came to light during the tests of a combat aircraft carrier. It turned out that the ship had serious problems with the power plant. Some time later, modern supply lifters and the electromagnetic catapults mentioned above failed. As a result, the ship, which was supposed to be the flagship of the US Navy, turned into a useless and extremely expensive pile of scrap metal.

During tests from 2017 to 2019, more than 20 failures in the operation of catapults based on a linear electromagnetic engine were recorded. These devices are designed to smoothly and quickly launch aircraft from an aircraft carrier's runway. Despite the fact that due to these failures, equipment and personnel were not affected, the malfunctions led to a significant reduction in the number of planned sorties. This negatively affected, among other things, the combat power of the ship.

Launching an aircraft with a catapult from an aircraft carrier
Of course, the ship was not so easily parted. A huge amount of money was invested in its completion. According to the US Congressional Research Service, the total cost of building the USS Gerald R. Ford exceeded $13 billion. This is the price of a ship that requires carrier-based aircraft and escort ships, including nuclear submarines. Based on this, the total cost of the pleasure of owning such a ship is much more than stated.

The aircraft carrier USS Gerald R. Ford went into combat service at the end of 2021. At the moment, the construction of a second similar ship is underway, which is going to be accepted into the US Navy in the next 5-6 years. In total, it is planned to build at least three aircraft carriers of this class.
Reporterin Yandex News
Reporterin Yandex Zen
6 comments
Information
Dear reader, to leave comments on the publication, you must sign in.