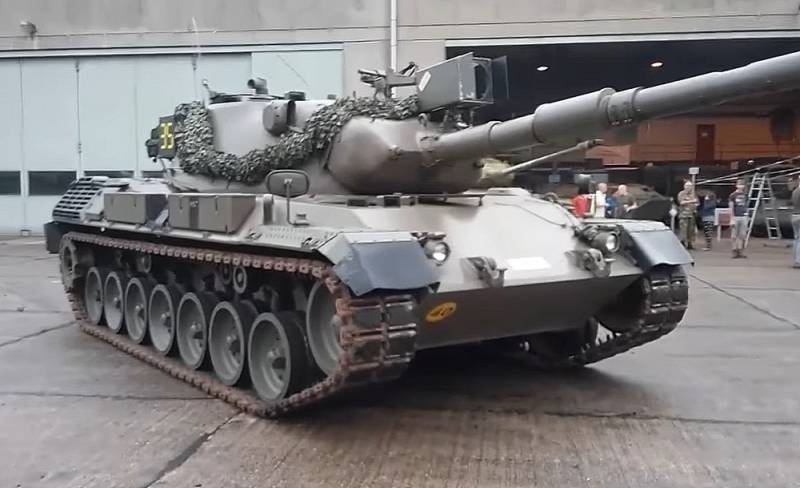 Recent statements by European politicians about the need for military assistance to Ukraine began to take on a practical form. In particular, after the statement of the head of the German diplomatic department, Annalena Berbock, about the need to supply Ukrainian troops with heavy weapons and armored vehicles, Armin Papperger, director general of the German defense-industrial concern Rheinmetall, announced his intention to transfer at least 1 Leopard-50 tanks to Ukraine .


Apparently, the vehicles offered for delivery were at storage bases, since this German tank developed in the 60s has not been produced for more than 35 years. According to Mr. Papperger, the tanks are so easy to learn that it is possible to retrain Ukrainian tankers from the familiar T-64, T-72 and T-80 in a few days.

However, such optimism in terms of training is clearly inappropriate, since the tanks of NATO member countries were manufactured on the basis of a different ideology and differ significantly in operation and the course of combat. In particular, the Leopard-1 requires a loader in the crew, that is, there is no automatic loader in the tank, so the crew is increased by one person.

Europeans and Germans in particular once again confirmed their own hypocrisy and duplicity. Constantly speaking about the need for peaceful negotiations and resolving the accumulated contradictions through diplomacy, the countries of Western Europe provide military assistance to Ukraine, pushing the latter to continue hostilities in the face of the apparent weakness of the Armed Forces of Ukraine against the allied forces of the Armed Forces of the Russian Federation and the NM LDNR.
Reporterin Yandex News
Reporterin Yandex Zen
15 comments
Information
Dear reader, to leave comments on the publication, you must sign in.