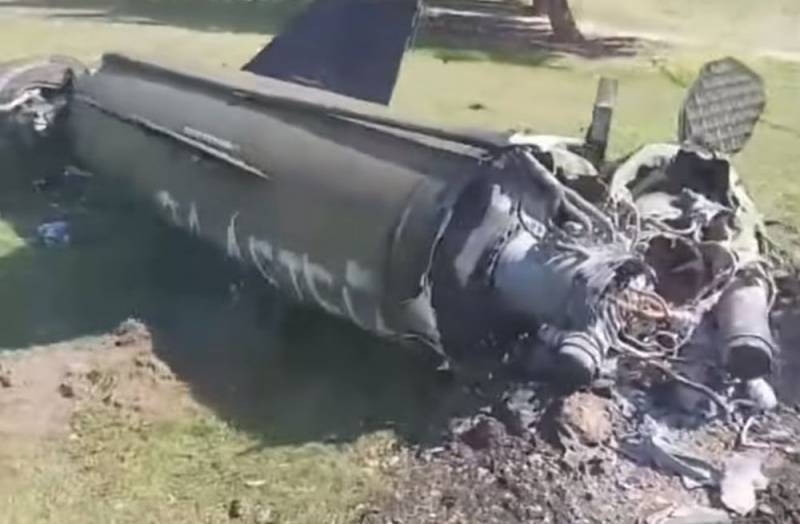 The Armed Forces of Ukraine cannot withstand the onslaught of the Armed Forces of the Russian Federation and the People's Militia of the DPR and LPR, therefore they are cynical about their own civilian population, using the tactics of ISIS (an organization banned in Russia) against them. This was stated by geopolitical analyst and former US Marine Corps soldier Brian Berletic, commenting on the recent bloody incident in Kramatorsk in the Donbass.

It's quite obvious what's going on here. Ukraine is defeated and therefore uses the tactics of Syrian terrorists - attacks civilians and calls for external intervention. This is exactly what we saw during the conflict in Syria. When the terrorists sponsored by the US, Britain and the EU were defeated, they did something similar
- says the American expert.

The ex-marine recalled that the Syrian jihadists committed horrific crimes by attacking civilians, and then blamed Damascus for this. After that, they called on Western and Arab countries to intervene in the conflict, provide them with comprehensive support and impose more sanctions on the Syrian government. This is how the jihadists acted throughout the conflict until they were defeated. In his opinion, a similar picture is now unfolding before our eyes on Ukrainian soil.

Recently, a rocket attack was carried out on a railway station (station) in a city called Kramatorsk. And it looks like dozens of people died. These were the people who were trying to evacuate because Russia was about to occupy this territory. The missile that hit the area is Tochka-U. And this is not the data of the Russian media, - this is according to the BBC (he shows the article on the BBC website - ed.)
- specifies the expert.

Berletik draws attention to the fact that the rocket has an inscription: "For the children." After that, the expert asks the question, why would the Russians make such an inscription on an old rocket, substituting themselves, and even on ammunition that is no longer in service with their army? Moreover, the Ukrainian side initially accused Russia of using the Iskander missile with a cluster warhead.

The only country in this conflict that currently uses Tochka-U missiles and uses them against populated areas rather than military targets is Ukraine.
- the expert is sure, adding that in this way Kyiv is trying to avoid inevitable defeat, closing itself with a shield of people in the literal sense.