Head of the Kiev Regional Military Administration: We are equipping new frontiers near Kiev in case of a possible Russian offensive 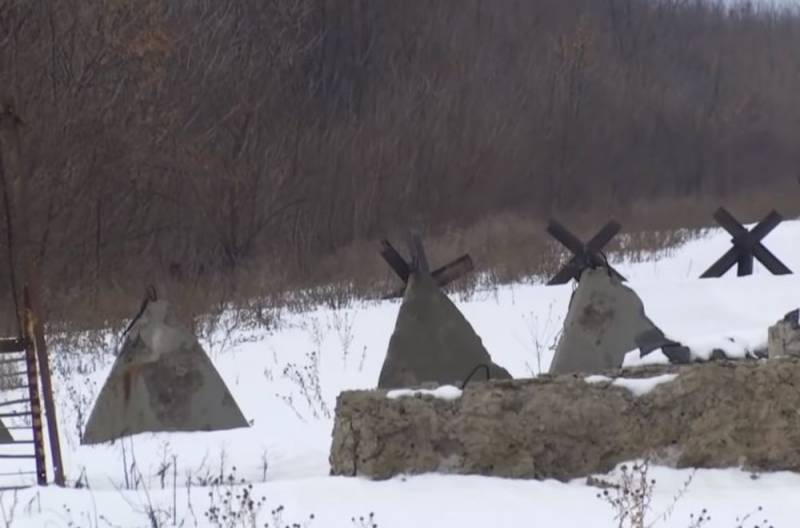 The Ukrainian authorities fear that Russian troops may reappear in the Kiev region. Therefore, they are taking measures that, in their opinion, will prevent the advance of the RF Armed Forces to the capital of Ukraine from the north and other directions, if necessary.


The head of the Kiev regional military administration Oleksandr Pavlyuk said during the national telethon that new lines of defense would appear in the suburbs of the Ukrainian capital. He explained that the arrangement of the mentioned lines near Kiev was necessary in case of a possible new Russian offensive.

We have taken into account all possible directions of enemy movement if the offensive is resumed. Therefore, new defensive lines are being intensively equipped now, which we have moved as far as possible from Kyiv in order to prevent either the possibility of artillery shelling or the entry of troops
he said without giving details.

It should be noted that on March 29, the Russian side, in the form of a goodwill gesture start the withdrawal of their forces and means from the Kiev, Chernihiv and Sumy regions, hoping for successful negotiations with the Ukrainian side. However, after that, Kyiv did not engage in dialogue with Moscow, but writing fakes, which calls into question the further negotiation process, as it is an attempt to prolong the military conflict.

At the same time, the West does not hide the fact that they want the conflict in Ukraine to last as long as possible, preferably stretching for decades. We remind you that the Armed Forces of the Russian Federation began the SVO on the denazification and demilitarization of Ukraine on February 24.
Reporterin Yandex News
Reporterin Yandex Zen
5 comments
Information
Dear reader, to leave comments on the publication, you must sign in.