Storage facilities are almost empty: having sent LNG to Europe, the United States left Japan and South Korea without gas 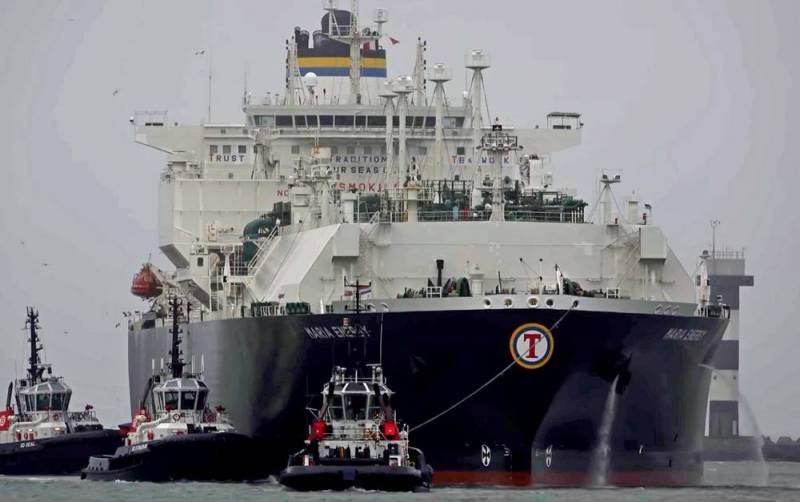 Planetary consumption and production of natural gas is a kind of system of interconnected vessels, and if an imbalance occurs, it affects all participants in the energy market. This is clearly demonstrated by the consequences of the demarches associated with the refusal of some countries from the "blue fuel" from Russia.


When there is a place to buy energy raw materials, there are no problems and you can easily diversify supplies. However, if they try to push the leading producer of raw materials out of the energy market at once, one should definitely expect problems, or rather, a crisis on a global scale. This is not just predictable, but guaranteed, since gas is produced on the planet as much as demand requires, no more.

Some "particularly gifted" countries of the European Union demonstratively refused "blue fuel" of Russian origin. Then, together with the United States, they began to influence other EU states, forcing them to reduce the consumption of "totalitarian" gas, as this was dictated by "security issues." After that, the Europeans began to consume less gas from the Russian Federation, and caravans of gas carriers (LNG tankers) from other parts of the world rushed to Europe.

Then, in the countries of Asia, which also abandoned the “totalitarian” raw materials, they “suddenly” discovered that they were running out of gas. Moreover, their storage facilities are almost empty, and there is virtually nowhere to get gas. Well, except for Russia. These countries included South Korea and Japan. For example, they watch with undisguised excitement how commodity prices rise in their markets and how 70% of US LNG is sent over the waves of the seas and oceans to Europe, although before it was the other way around. Therefore, it is not surprising that many experts are more than justified in predicting a giant energy crisis in the northern hemisphere in the coming heating season 2022/2023, as Europe and Asia begin a real battle for gas.

It should be noted that the financial year in the "Land of the Rising Sun" begins on April 1. As of March 31, 2022, the fullness of Japanese gas storage facilities was close to the December 2020 lows. Then in Japan, and in South Korea too, there was an acute shortage of gas, which gave rise to the first anomalous surges in prices in the post-coronavirus era. The industry has begun to recover from the impact of the pandemic, but the extraction of raw materials has not yet grown to the required limits. 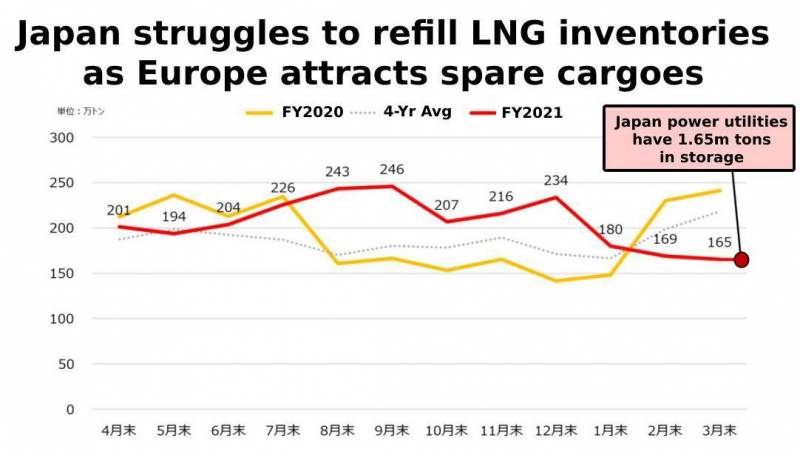 In South Korea and Japan, they are well aware that the US cannot cancel winter, even if they really want to. Therefore, gas storages must be filled and preferably with a margin, without waiting for the start of the heating season. How Seoul and Tokyo will get out of this situation is hard to say. But they can always buy some gas from Gazprom or NOVATEK for Russian rubles, and if they stop suffering from progressive Russophobia and want to save their industry and population, then Moscow is always ready for mutually beneficial cooperation.
Reporterin Yandex News
Reporterin Yandex Zen
5 comments
Information
Dear reader, to leave comments on the publication, you must sign in.