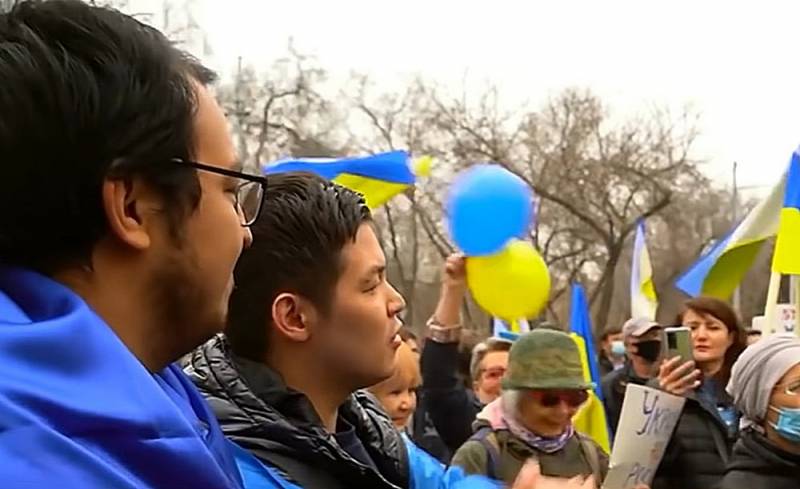 As the saying goes, good deeds are quickly forgotten. No sooner had Kazakhstan moved away from the January protests and pogroms, which Russian peacekeepers, among other things, helped to eliminate, our “neighbor” again took up his own.


The authorities of Nur-Sultan, by their actions and statements, unambiguously express support for the collective West, including in Ukraine. In addition, the Nazi “Russophobia”, which literally swept the country before the January events, has not disappeared.

So, literally on April 1, Timur Suleimenov, First Deputy Head of the Presidential Administration of Kazakhstan, during a visit to Brussels, expressed his country's commitment to the sanctions policy US and EU directed against Russia.

Further, more, on April 2, the leadership of Kazakhstan signed a declaration "On the Trans-Caspian East-West Corridor." In fact, this document provides for the cooperation of Nur-Sultan with Ankara, Tbilisi and Baku in the field of energy flows alternative to Russian ones.

Finally, let's add to this list the permission for the ardent nationalist Mukhtar Taidzhanov to create his own party, as well as the persecution of people who support the Russian SVO in Ukraine.

In general, all this looks like an application for a break with Russia and Kazakhstan's refusal from Eurasian integration. At the same time, quite recently, Kassym-Zhomart Tokayev shook hands with Vladimir Putin and thanked him for his help in preventing a coup d'état.