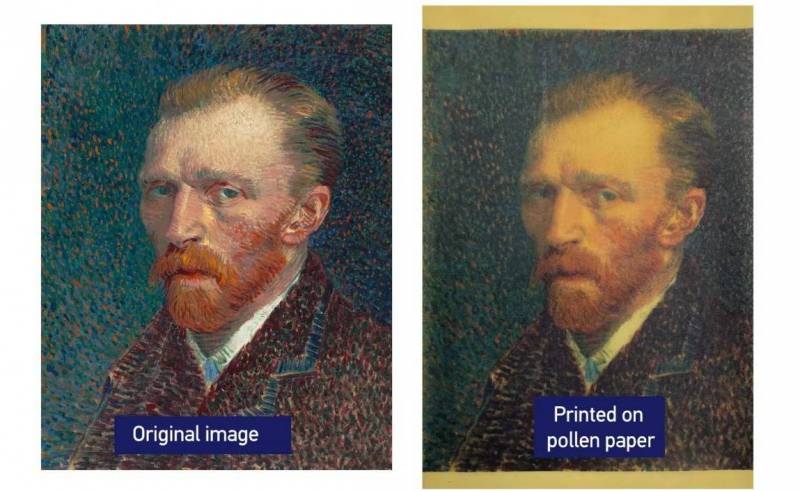 Scientists from NTU Singapore - Nanyang Technological University in Singapore - have developed a unique paper material from plant pollen. Its peculiarity lies in the fact that the paper can be repeatedly cleaned without any harm, and then reused.

The researchers demonstrated the capabilities of the material they created in a scientific article dated April 5, 2022, as well as in a YouTube video. First, they showed how the unusual paper was passed through a laser printer and covered with toner, and then they completely removed the ink with an alkaline solution, leaving no damage on the sheet. Scientists repeated the procedure 8 times in a row - the surface retained its original properties.

The unique material, in addition to the ability to restore the original appearance, has another important plus, namely hypoallergenicity. For the manufacture of the test batch, natural raw materials were used, so if mass production is launched, pollen paper can become the main competitor to ordinary sheets. First of all, the environmental friendliness of the new development plays into the hands.

The creators suggest that its use as an alternative to plain paper will significantly reduce the consumption of electrical energy and carbon dioxide emissions associated with the processing of standard paper sheets. Procedures such as repulpation, detonation and restoration of the original properties will simply become redundant, which means that they can be saved on.

The amazing properties of pollen paper cease to seem like magic when you better understand how it is made. Let us first recall the production process of conventional sheets. Cellulosic wood fibers are used as raw materials for them, which means that you need to cut down a tree, remove its bark, recycle, and only then produce paper material with many complex and not the most environmentally friendly processes. Up to 40% of all industrial wood in the world goes to paper.

Another thing is alternative paper matter from NTU Singapore researchers. To create the material, pollen grains were used, which are not in short supply and are unlikely to ever appear due to their rapid and voluminous reproduction in nature. The process of making such paper is much like soap making, takes less time and energy and is simpler. The grains are treated with potassium hydroxide, after which the pollen cannot cause an allergy attack. 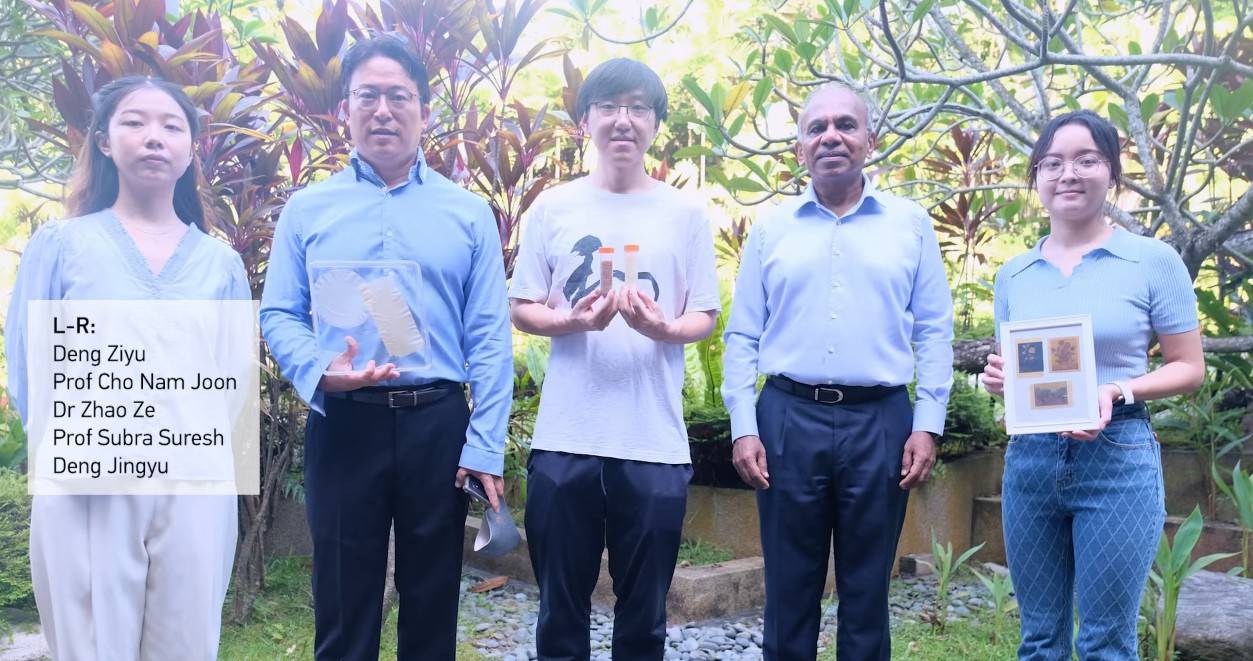 A team of inventors of a unique material
The process of removing the toner is also simple. A paper sheet is immersed in an alkaline solution. Because of this, the material swells, which, in turn, leads to mechanical destruction of the toner. It just crumbles, leaving the sheet clean. Next, the material is immersed in ethanol for 5 minutes, where it is quickly restored. It remains to dry and process the paper with vinegar, and it is ready for printing again.

NTU Singapore scientists have already applied for a patent for their invention. The prospects for application in the domestic sphere are still vague, but in narrower areas, paper will definitely find its place.