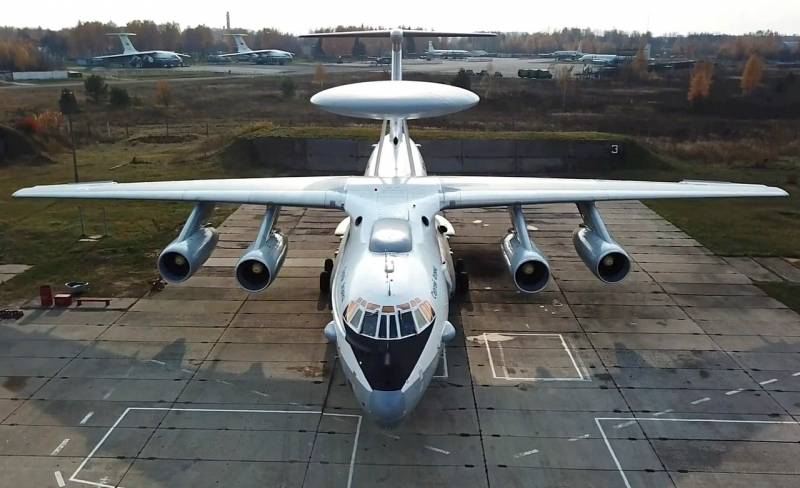 Undoubtedly, a special military operation to demilitarize and denazify Ukraine will be the most closely studied in all military academies around the world. In fact, this is a real civil war, where two parts of one large divided people, similarly armed and trained, were forced to face each other. But at the same time, the United States and the countries of the NATO bloc stand behind the Armed Forces of Ukraine, which has a significant impact on the course of hostilities. In this article, without claiming to be a deep expert analysis and the ultimate truth, I would like to touch on some aspects of the use of combat aviation.


Initially, when, before February 24, 2022, the weapons of the Armed Forces of the Russian Federation and the Armed Forces of Ukraine were compared in various media, no one gave the latter the slightest chance against our army. Indeed, the air superiority of the Russian military was complete, and it increased even more as a result of a series of preventive missile strikes on Ukrainian airfields and air bases in the first days after the start of a special military operation. The sky above the "square" almost completely belongs to the Russian Aerospace Forces, and the vaunted Turkish "Bayraktars" turned out to be an expensive and useless toy against the army, which has modern air defense systems.

However, despite the complete advantage of Russian aviation in the air, the Ukrainian military now somehow manages to transfer their columns from one settlement to another, avoiding destruction by aircraft. Moreover, two attack helicopters of the Armed Forces of Ukraine were recently able to take off in Dnepropetrovsk, cross our border with impunity and successfully shoot at the oil depot in Belgorod, after which they returned back. How did this become possible?

Apparently, the Ukrainian military is constantly receiving operational intelligence from their NATO handlers. Thus, one such special laptop is known to have been seized, apparently provided in the form of “sponsorship”. The US and its allies have a gigantic satellite constellation, which directly includes military satellites, meteorological, and peaceful distributors of the Internet. In addition, reconnaissance aircraft and drones of the North Atlantic Alliance are circling in the sky in shifts, which continuously monitor everything that happens on the territory of Ukraine and around it.

It is very likely that the Armed Forces of Ukraine carry out their short and swift forced marches across open areas from one settlement to another when blind zones form above them. This may well explain how Ukrainian helicopters were able to fly with impunity from Dnepropetrovsk to Belgorod undetected. The height is high, but without supervision by those who see everything, and this whole operation could easily fail at any moment, and the Armed Forces of Ukraine would lose two attack helicopters with experienced pilots. The hostile hand of the Anglo-Saxons is felt.

Could this attack have been prevented? Probably, yes, be responsible persons more vigilant. However, a lot depends on technical part.

In particular, if the Ministry of Defense of the Russian Federation had at least two dozen, and preferably all four AWACS aircraft, everything could have turned out differently. Recall that the AWACS aircraft is a flying radar that is able to track everything that happens simultaneously in the air, at sea and on the ground over a large radius. Circling in shifts over Ukraine and along its borders, under the cover of fighters, several such air reconnaissance aircraft, not a single enemy helicopter could slip through and not a single column with enemy armored vehicles would escape the blow. But, alas, we have serious problems with this.

The only truly modern AWACS A-100 Premier aircraft has not yet been brought to mind. There are 7 modernized A-50Us and 2 more outdated A-50s. This is all that is available. It was reported that three AWACS A-50U aircraft were deployed to Belarus during the NMD. For comparison: the NATO bloc has 61 AWACS aircraft in service: 33 Boeing E-3B Sentry aircraft - from the US Air Force, 7 Boeing E-3B Sentry - from the British Air Force, 4 - from the French Air Force and another 17 AWACS aircraft report directly to the command of the block NATO. Plus, carrier-based AWACS aircraft are available on all American and one French aircraft carriers. For more information about the situation with aerial reconnaissance and about possible ways to resolve it, we told earlier.

In general, there is something to think about.

Also, what is happening in Ukraine makes us take a fresh look at the prospects for the development of Russian fighter aircraft. Taking advantage of its advantage in strike weapons, the Russian Armed Forces in the first days of a special military operation destroyed many Ukrainian aircraft and UAVs on the ground, and also damaged airfields and runways. It is believed that even the transfer of fighter jets from abroad to Kiev will not help, which will simply have nowhere to take off from and nowhere to land.

In fact, a collision in a conventional conflict with an enemy with a superiority in strike weapons will mean the rapid destruction of the infrastructure necessary for the use of combat aircraft. However, there are some options.

When runways and highways are damaged, the capabilities of vertical or short takeoff and landing aircraft begin to look very different. In ordinary civilian life, they are considered uncompetitive compared to horizontal takeoff and landing fighters: their combat radius and payload are smaller. They seem applicable only on light aircraft carriers and UDC. However, in the conditions of an armed conflict similar to the Ukrainian one, SKVVP fighters could well find their niche as front-line ones - take off from quickly mounted springboards and land on small patches. They would not have to overcome gigantic distances, the difference in the amount of ammunition compared to a conventional fighter would not be so significant.

About whether Russia needs multi-mode aircraft capable of taking off and landing horizontally, vertically or in a shortened pattern, we also detail reasoned previously. Probably, they are still needed in case you have to directly collide with the United States and the NATO bloc.
Reporterin Yandex News
Reporterin Yandex Zen
15 comments
Information
Dear reader, to leave comments on the publication, you must sign in.