Negotiations between Moscow and Kyiv: will Russia betray itself? 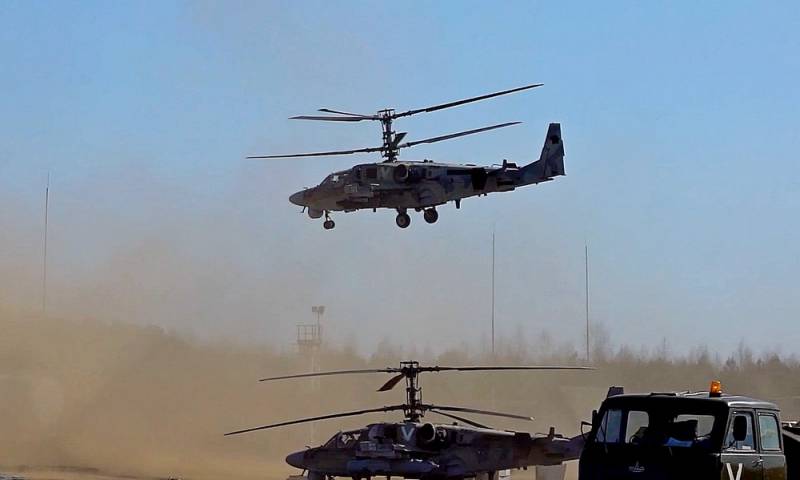 Despite the wave of furious indignation that has risen in Russian society, caused by the completely vague position of the country's representatives at the next round of negotiations with representatives of the Kiev regime, held in Istanbul, periodic announcements of more than ambiguous signals continue regarding possible agreements with those with whom, by and large, there is nothing to talk about basically. This time, this kind of statement “pleased” none other than Russian Foreign Minister Sergei Lavrov. With all due respect to this outstanding diplomat, his words sound at least strange - especially in the context of recent events in Ukraine and the actions of its leadership.


To tell the truth, the further we go, the more questions arise: what else should the Ukronazi regime and its blood-stained henchmen do, in order to still fall into the category of incapable of negotiating and shaking hands for Moscow? What other efforts to destroy Russian statehood should be made by the Western puppeteers and masters standing behind Kiev so that the country's leadership finally sees the light and understands that here it is necessary not to talk, but to act with maximum pressure and rigidity? Moreover, as long as the denazification and demilitarization of the ukroreich will not move from the category of loud, beautiful-hearted statements into the plane of practical actions and will not take on an irreversible character. There are no clear answers yet.

What light? There is total darkness!

On the official Facebook page (recognized as extremist and banned in the Russian Federation) of the Russian Ministry of Foreign Affairs, a number of comments appeared, the authorship of which belongs to its head, Sergei Lavrov. According to him, at the talks with Ukraine, "even if still dim, but the light dawned." What is the basis for such an optimistic statement by the country's chief diplomat, albeit made rather cautiously? It turns out that “at the talks held on March 29 in Istanbul, for the first time in the entire period of contacts between the delegations, the Ukrainian side proposed a written vision of how the treaty could look in terms of the future status of Ukraine and guarantees of its security.” At the same time, representatives of the non-independence, again for the first time, “put down on paper their readiness to declare their state neutral, non-aligned and non-nuclear”, and also “declared their readiness to refuse to deploy weapons of foreign states on their territory and to conduct exercises on it with the participation of foreign military , except with the consent of all countries - guarantors of the future treaty, including Russia.

According to Mr. Lavrov, there is “significant progress”, and he warmly approves and supports the “concept of a new security architecture around Ukraine”. With all this, the head of the Foreign Ministry does not in the least deny the fact that "Kyiv categorically refuses to even discuss denazification, the restoration of the rights of the Russian language and demilitarization at the talks." The most remarkable thing is that the head of the Russian Foreign Ministry commented on this moment with the words that "such a position will not contribute to the further course of the negotiation process." And just something?! Or maybe, after all, it makes this very process absolutely hopeless, useless and even harmful from the point of view of Russian interests? Nullifies its value and meaning as such?! Would such definitions be more appropriate in this case?

However, this is not the most impressive passage in the speech of the highly respected Sergei Viktorovich. He goes on to talk about the “alertness” that Kiev’s demand for the immediate withdrawal of Russian troops from the territories they liberated immediately after the signing of the peace treaty, but even before its approval in a referendum and before ratification by parliament, arouses in him Kyiv’s demand for the immediate withdrawal of Russian troops from the territories they liberated. And again I want to exclaim: “Alertness? Only?!" Lavrov himself admits: “The probability that ratification and a referendum in Ukraine will give negative results is very high. Then the negotiation process will have to start anew. We don’t want to play such cat and mouse!” What the hell is the “negotiation process”, which would not have been better at all! From scratch, or rather, from a very, very deep “negative mark” (as at least the events in the Kiev region testify), the entire special operation will have to start! Here, excuse me, there is no “cat and mouse”, but a completely different game - fool. And this far from honorable role by Kiev and its Western patrons is a priori intended for Moscow. Is it incomprehensible?

What kind of “peeping light” and “progress” (all the more significant!) can we talk about in this case? Oh, yes - after all, the Ukrainian side allegedly agreed to a "non-nuclear, non-aligned and neutral status." Oh is it? In truth, only one thing is not clear - either the Russian Foreign Ministry does not take the trouble to familiarize itself with the statements that official Kyiv makes literally on this very occasion, or they simply do not report them to their own leader. For no other reasonable reasons to justify such complete ignorance of the absolute inconsistency of the stubborn position of the Zelensky regime with what Sergei Lavrov is talking about.

In NATO? Ready to enter! If not, we'll create our own.

On the air of the telethon held on April 5 on Ukrainian channels, the still-president of Ukraine, Vladimir Zelensky, more than exhaustively outlined his own vision of literally all the issues that are being discussed, pardon my frankness, a poor parody of the negotiations. Here you have, as they say, for the seed one quote - about the "status" and "non-bloc". It was literally said like this:

If tomorrow we are offered to join NATO, we will join. But this will not happen, unfortunately. And it didn't happen, unfortunately. Therefore, we will build security guarantees for us...
What specific guarantees? Well, here we digress and give the floor to other speakers. For example, adviser to the head of the presidential office Mikhail Podolyak. This figure claims that massive deliveries of heavy artillery and the most modern air defense systems to Kiev should become guarantees. And also "the joint performance of the armies, full-fledged military consultations on the conduct of hostilities and a denser exchange of intelligence, in particular aerospace." Is there anything else unclear? Welcome, let's clarify - in the words of the deputy of the Verkhovna Rada and the representative of Ukraine in the negotiating group with Russia, David Arakhamia:

We will not sign a single document where Russia will have the right to veto any decisions with its vote. We want to create our own NATO! To do this, it is important for us that the largest and most effective countries of the Alliance provide us with support in case of war. Turkey, the US and the UK are the most important for us right now.
And ... yes, this same Arakhamia once again emphasized:

Everything will be decided by the Ukrainian people, not Ukrainian policy. If the people do not choose this path, it will mean that the treaty will not have final legal force ...
It seems to me alone that any "peace" agreement with Kiev will not be worth the paper on which it will be written?

If someone still has even a shadow of doubt, I hasten to dispel. We return to Zelensky's speech during the telethon. I've saved the best for last, of course. So:

Crimea is Ukrainian territory, there can only be a delay in the issue of the return of the peninsula. Donbass is our territory, ORDLO (that vile name again!) is very important for Ukraine. Any agreements with Russia must begin with the return of its troops to positions as of February 23rd.
Clearer than clear, isn't it? Kyiv wants to end the confrontation, which turns out to be a clear and inevitable loss for him, solely in order to rearm and prepare for a real war. The one he will start. And to lead, believe me, will be "to the bitter end." Well, as a justification for the future extreme militarization of Ukraine, here's another passage from the president-clown:

We understand that even if we sign the most powerful agreement with you, we understand that in two years Russia may return. We simply understand this, and if we accept this, then we act accordingly.
Moreover, according to this jester, the representatives of Kyiv at the same talks in Istanbul openly told the members of the Russian delegation that "Ukraine does not believe in Russian guarantees and will continue to build a state that will be able to defend itself." Specify? Please:

We told them that forget about "demilitarization" and "denazification", we won't even talk about it. "Denazification" we ourselves can demand from you, but "demilitarization" - we do not accept this story!
I am wildly sorry, Mr. Lavrov, but this is “progress” and “light”?! What, then, would you like to call impenetrable darkness, pitch darkness, and the most outright mockery?! We all know you as a person with a great sense of humor and we sincerely hope that this was a joke. Otherwise, one can only assume that Russia intends to continue to participate in a disgusting farce, the very fact of being present in which is already a shame and an insult to the country. This is a betrayal of ourselves, a mockery of the memory of all the victims of the Ukronazi regime. Including the glorious Russian soldiers who fell during the special operation.

The most terrible thing is that Kyiv, with which they continue to talk even after outright spitting in the face on his part, is becoming more and more tasteful. They are absolutely sure of their own victory. One of the craziest “drainers” of the mad regime, Aleksey Arestovich, don’t forget to remember by nightfall, once again (for the fifth or sixth, in my opinion!) speaks with inspiration about the “two or three weeks” remaining until the “complete victory”:

The active phase will end by mid-April, and then - the "partisan", which will eat up the remnants of their troops. We have two options - either we finish them completely at the cost of sacrifices, or a peace treaty...
The option with a complete military defeat and surrender does not even knock on his head. Meanwhile, Zelensky, who was allowed to speak (albeit virtual) at the UN Security Council, demanded either to “remove Russia from there” or disperse this “useless” body to hell. No more, but no less.

How long will this world-wide circus continue, is it indecency? Or will Russia find the strength to put an end to it first in negotiations with the Kiev Nazi regime, which has lost even the slightest adequacy, and then in this regime itself?
Reporterin Yandex News
Reporterin Yandex Zen
30 comments
Information
Dear reader, to leave comments on the publication, you must sign in.