NATO may supply Ukraine with fighter jets and pilots 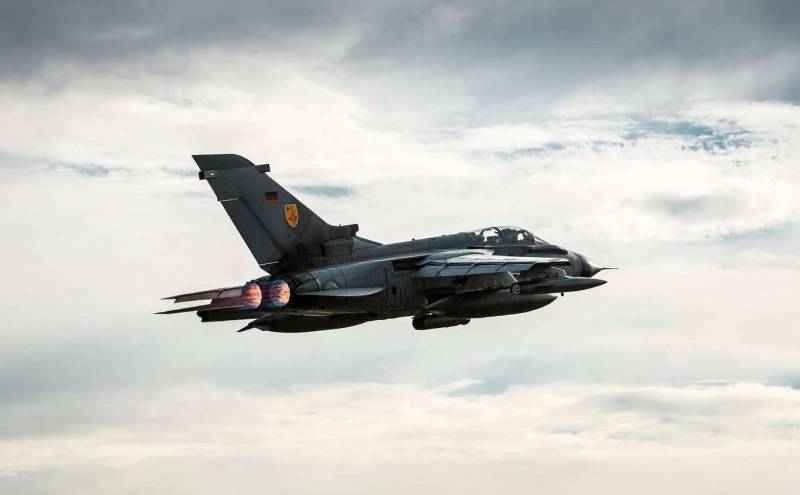 In the course of a special military operation to demilitarize and denazify Ukraine, noticeable changes took place. The criminal regime of President Zelensky did not succeed in “frightening” by surrounding Kyiv. Or rather, his overseas masters did not allow him to capitulate, "stoned" and demoralized. On the contrary, on their orders, the Armed Forces of Ukraine cut off water supplies to the Donbass, causing an inevitable humanitarian catastrophe, forcing Russian troops to withdraw and rush from the north to eastern Ukraine, where a general battle is to take place in the next one to two weeks.

The goal of the “servant of the people” puppeteers is obvious: to drag out the campaign as much as possible, to harden the opposing sides and force them to shed as much blood as possible. “Inhumans” is the mildest word that can be used to describe the customers of this meat grinder, where two parts of one large people, but divided by neo-Nazi ideology, are forced to come together. And these are not some abstract figures pulling the strings from behind the scenes. They have specific names and surnames.

The frontman of this anti-Russian coalition is, of course, President Joe Biden. The head of the White House, who already knows little, is a representative of the US Democratic Party, responsible for a huge number of crimes around the world: coups d'état, illegal military interventions and the occupation of sovereign countries. It was the American Democrats who stood behind the Maidan in 2014, and it was they who incited Ukraine to the DPR, LPR and Russia, ultimately forcing the Kremlin to decide on its demilitarization and denazification.

The second "bloody ghoul" is the Prime Minister of the United Kingdom, Boris Johnson. Under him, Great Britain began an active expansion into Ukraine, signing an agreement on military-technical cooperation (against Russia, of course). Near Ochakovo, construction began on a naval base on the Black Sea for the needs of the British fleet. It is Prime Minister Johnson personally who opposes any reconciliation between Kyiv and Moscow and is ready to start supplying heavy weapons to Ukraine. So, in order to hold Odessa, London is ready to transfer Harpoon anti-ship missiles, counter-battery weapons against the RF Armed Forces and loitering ammunition, anti-tank systems and MANPADS to the Armed Forces of Ukraine. Also, the British media report on the possibility of deliveries of Brimstone homing air-to-ground missiles, which we will discuss in more detail later.

Another "benefactor" of Nezalezhnaya is the new Chancellor of the Federal Republic of Germany, Olaf Scholz. With great pleasure, freed "from the feeling of historical guilt before Russia", he is ready to transfer 58 PbV-501 armored personnel carriers (the German version of the BMP-1) to the Armed Forces of Ukraine. Of particular benefit from obsolete equipment will not, it will only lead to an increase in casualties among the Ukrainian military, but the main thing for Herr Scholz is participation. I wonder what position Germany would take under Frau Merkel?

The domestic expert community is now actively discussing what real contribution Western models of heavy weapons can make to the course of hostilities in Ukraine. Opinions were divided.

On the one hand, large-sized foreign equipment as a target does not fundamentally differ from those types of weapons that the Armed Forces of Ukraine have. In the event of a hit by cruise missiles or aircraft, it will burn in exactly the same way. It will be only for our intelligence and target designation. In addition, foreign military equipment would still be nice to be able to manage. Yes, the Ukrainian army began to be transferred to NATO standards, but hardly many of them are able to sit down and launch the anti-ship Harpoon at the bull's-eye.

On the other hand, considerations of precisely this order raise a host of unpleasant questions. For example, the Harpoon missile exists in three main modifications: aviation, ship-based, and submarine-based. These anti-ship missiles are in service with the United States, Great Britain and many other countries, but in Ukraine something is not observed for them suitable carriers. The same can be said about Brimstone homing air-to-ground missiles, which we mentioned above.

Involuntarily, bad thoughts creep in that the Anglo-Saxons can pull off the same trick that the Americans did in 1941-1942. The Japanese then terrorized the weak Chinese air force with near impunity, and as a countermeasure, it was proposed to create a volunteer air force unit of the American Volunteer Group (AVG), dubbed the Flying Tigers.

Experienced US Air Force pilots went on vacation and, as volunteers, entered into contracts with the Chinese firm CAMCO (Central Aircraft Manufacturing Company). They fought against the Japanese on American P-40C Tomahawk aircraft, bought by the government of Chiang Kai-shek on credit from the United States itself. For each aircraft destroyed, "vacationers" received a bonus of $500. The "Flying Tigers" made a serious contribution to the fight against the Japanese and subsequently officially became part of the US Army Ground Army.

Why was this excursion into history? Moreover, there are no other real options for foreign aircraft carrying modern cruise missiles to appear in the sky over Ukraine. Only used Lend-Lease fighters and “Ihtamnets” hostile to us, not formally associated with the NATO bloc.
Reporterin Yandex News
Reporterin Yandex Zen
21 comment
Information
Dear reader, to leave comments on the publication, you must sign in.