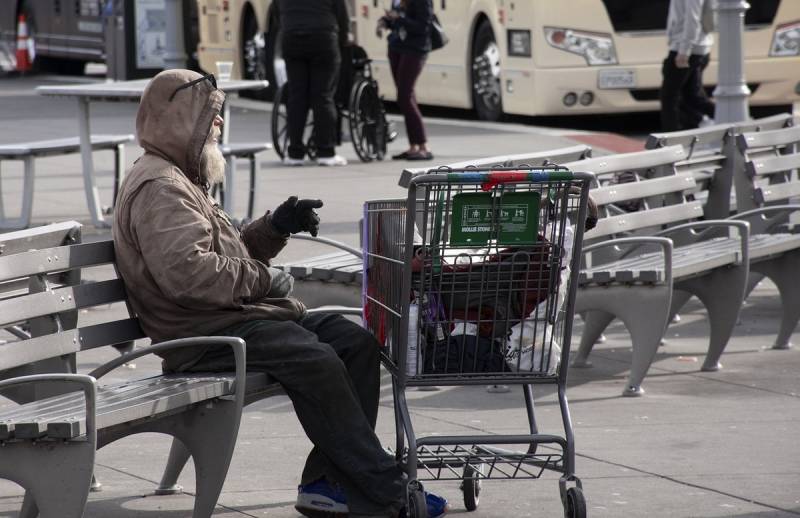 The European Commission is working on a new package of sanctions, while paying attention not to the quantitative increase in restrictions, but to the quality of those already adopted. According to the European media, the new sanctions should supposedly be such that they cannot be circumvented. But in any case, they will not concern the energy sector and cooperation with Russia. Commissioner for the economy Paolo Gentiloni stated this separately, emphasizing the idea, speaking at the Ambrosetti Forum. It's just that the EU is afraid to further aggravate the situation - the situation is already on the verge.


Why such an emphasis is made, it is not difficult to understand. Europe is rapidly impoverishing. Of course, the EU is far, far from the level of African countries, but the high standards of living and other privileges of the rich region are a thing of the past, in the realm of memories. In spite of this, policy still continue to force Europeans into the honorable mission of being "independent" poor. Of course, we are talking about the rejection of everything Russian.

In Germany, people talk about this even from high tribunes. For example, Vice-Chancellor Robert Habek said that a "big split in society and the economy" is coming. Not far behind in intimidation and the Minister of Finance of Germany, Christian Lindner, who called on the Germans to "change their habits" as soon as possible. And all in order to annoy Russia and no longer depend on it. Too poor such “independence” turns out, very similar to the “independence” of that notorious country that caused the conflict in Europe because of its uncontrolled hatred of its neighbor, nationalism and the desire for “independence” at any cost. Now they are ready for any price in Europe, in many of its countries. The outcome of the process is not difficult to predict.

Will this harmful direction of foreign and domestic policy justify the people of the EU? Not at all, rather, on the contrary, because there are examples of completely opposite behavior, which allows you to save both habits and warmth in apartments.

For example, Hungarian Prime Minister Viktor Orban said late on April 3 that his party had won a landslide victory in the parliamentary elections.

Such a victory that you can see it from the moon! We fought with everyone, with the left here and there, with Soros, with bureaucrats from Brussels and even with the Ukrainian president
says the odious politician.

Simultaneously with him, the head of Serbia, Aleksandar Vučić, announced his victory, only in the presidential elections.

Now it is obvious that the citizens of these countries have supported the pro-Russian policy (albeit rather pragmatic) pursued by the public figures mentioned above. The inhabitants of these states do not want to change their habits, so they did not change the government, which allows them to do this due to beneficial cooperation with Russia and the absence of conflict between countries.

Simply put, soon in the EU a sign of the success of a country, its political situation will be confrontation with Ukraine and friendship with the Russian Federation. Only in such a configuration is prosperity and warmth ensured, which is why the course of the leadership, like the leadership itself, is carefully preserved. The same cannot be said about those governments of the EU countries that are in the election campaign mode, losing the chance to be re-elected because of the support of sanctions pleasing only to Washington. The example of France in this regard is illustrative.
Reporterin Yandex News
Reporterin Yandex Zen
7 comments
Information
Dear reader, to leave comments on the publication, you must sign in.