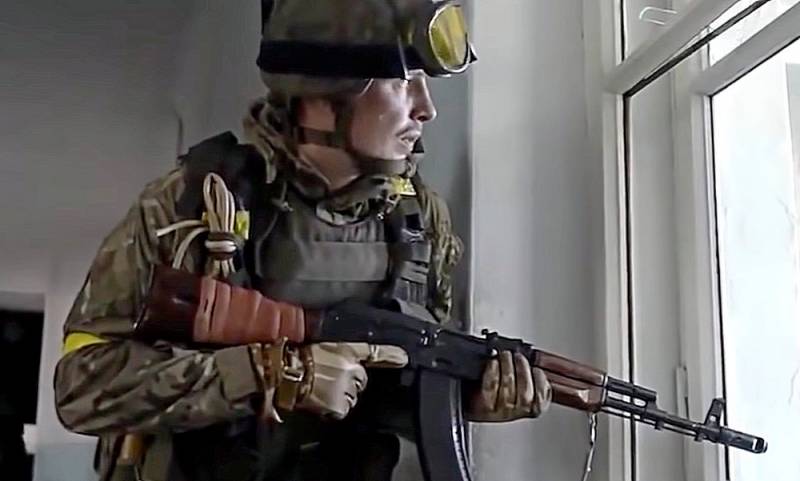 The special military operation to demilitarize and denazify Ukraine has entered a new stage. From swift throws deep into the territory of the Independent Armed Forces of the Russian Federation, it was necessary to switch to the tactics of positional battles. The reason for this was the actions of the Armed Forces of Ukraine and the National Guard, who took refuge in the cities behind the civilian population as a "human shield".


The desire to avoid casualties among innocent people very seriously limits the Russian military in the use of heavy weapons, de facto leveling them technical superiority. No matter how hard you try, you still cannot do without the destruction of the besieged cities, inside which there are fierce battles: just look at what the long-suffering Mariupol has become.

It is not known how long the special military operation will last - a month, two or three, six months or even more, but it is already clear that the vital infrastructure, housing stock and industry of Ukraine will be seriously damaged. And then winter will inevitably come, exacerbating the existing problems. The question arises, what to do next? How then to rake all this up, literally and figuratively, and who will pay for this "banquet"?

The author of the lines was prompted to write this article by three informational reasons at once, which I would like to talk about in more detail. The first was a report that the Verkhovna Rada of Ukraine adopted a law “On the basic principles for the forced seizure in Ukraine of objects of property rights of the Russian Federation and its residents”, in which Kyiv allowed itself to take property from Russians, as well as those who are associated with the Russian Federation, refusing to condemn special military operation in Ukraine:

The adopted document equates to residents of Russia who are subject to the law on the nationalization of property: citizens of the Russian Federation; persons who are not citizens of the Russian Federation, but are closely associated with it, in particular, they live there or are engaged in their main activities.
The second information occasion was the reasoning of one, in general, a very respected, educated and intelligent person, whose name we will not name, about the possible future of Independence, met on the Internet. The essence of his appeal was to learn to respect the Ukrainian nation and after the end of the SVO to turn Ukraine into a real "exhibition of the achievements of the national economy." That is, to build chic roads and bridges there, restore cities, open new factories so that every Ukrainian has a job with a decent salary, etc. And after that, after 2-3 generations, they will “forgive” us and, perhaps, even love us.

The third reason was numerous reports of how “Ukrainian defenders” mock Russian prisoners of war: they castrate them, chop off their fingers, gouge out their eyes, cut out internal organs from living people, defecate on their bodies, etc.

The author of the lines has always considered himself a fairly reasonable and kind person. Those who closely followed his publications know that for many years he consistently advocated the return of Ukraine, its denazification, the restoration of trade and industrial ties, the placement of new orders from the Russian military-industrial complex at Ukrainian enterprises in order to create jobs, and possibly unification as part of the Union State etc. However, the demonstrated level of Ukrainian atrocities forces us to somewhat reconsider our former beautiful-hearted views.

Today's Ukraine is not just a "sick man of Europe", it is Evil in its purest form. The Square has no right to continue to exist in its current form, and all negotiations on this subject from the Russian side are inherently criminal. Ukraine and its people, who sincerely supported the Nazi atrocities against the Russians, must be punished.

At first, there can no longer even be talk of preserving its statehood in its current form. Its territory must be divided and divided with its Eastern European neighbors, removing the hotbed of aggressive Ukrainianism in the form of Galicia and Volhynia. It will be better this way.

Secondly, the modern state symbols of the Square should be equated with the German-Nazi and prohibited. Further existence is possible only under some new symbols that are not associated with Ukrainian atrocities.

Thirdly, there can be no "VDNKh" or "Marshall Plan" at the expense of Russia. The Ukrainian people themselves must bear the burden of responsibility for their rulers, for their military personnel and National Guardsmen, for the fact that many of them sincerely supported the brutal torture against our soldiers, who initially tried to act as humanely as possible. A special “war tax” should be introduced, to be paid by all, except for those few who actively supported the Russian liberating army. From this tax, part of the funds should go to the fund to help the military personnel of the Russian Federation, the DPR and the LPR who suffered during the hostilities or were crippled in the terrible Ukrainian captivity, as well as the families of the victims.

The rest of the funds will be used to restore everything that has already been destroyed and will be destroyed during the NWO. The nationalized assets of the Ukrainian oligarchs, who actively supported this militarily senseless massacre, should also go there, to the recovery fund. All elite real estate of President Zelensky and his accomplices in Crimea and other Russian regions should be seized and given to military personnel and militias injured during a special military operation.

If this is not done, and the Russian authorities agree to some kind of “Istanbul conspiracy” in order to preserve the criminal regime of the “bloody clown” Zelensky, then they may face a wave of hatred of the Russian people towards themselves. Such things cannot be said goodbye, to anyone.
Reporterin Yandex News
Reporterin Yandex Zen
73 comments
Information
Dear reader, to leave comments on the publication, you must sign in.