18 September 2018
7
Late in the evening of September 17, the Syrian province of Latakia, located on the Mediterranean coast, was attacked by air from Israel. Four Israeli F-16 fighter jets were allegedly involved in the raid, in addition, missile attacks from the sea were carried out. Unfortunately, this attack turned into tragic consequences for Russia. 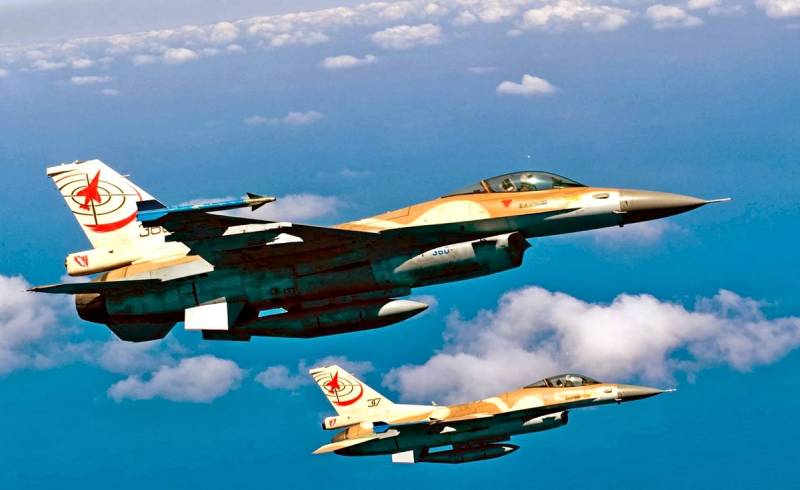 Immediately after the attack, Syrian media reported that the air defense forces managed to repel enemy attacks. According to the head of the Syrian network for human rights, Ahmad Kazem, seven residents of the city were injured as a result of the incident. Some sources claim that when repelling the attack, the Russian military first used the S-400.

This is not the first time Israel has committed such acts of aggression. However, this time the attack was not just on Syrian territory, but on objects located in close proximity to the Khmeimim air base, where the Russian air forces are based. Got and the neighboring province of Tartus, where the logistics point of the Russian fleet is located.

In addition, another extremely serious event occurred during the raid that could affect Russian-Israeli relations. At about 23 pm (just at the time when the attack on Latakia was carried out), the Russian reconnaissance aircraft Il-20, which was returning to Khmeimim, disappeared from the radars. On board were 15 Russian troops.

Almost immediately after the loss of the IL-20, three main versions of what happened were put forward:

1. The aircraft crashed as a result of the Israeli attack.

2. The plane accidentally came under fire from Syrian air defense systems, which reflected an attack on Latakia (this version was originally put forward by CNN, and now the Russian Defense Ministry is leaning towards it).

3. The culprit of the death of IL-20 is a French ship. The fact is that at the same time, the Russian Ministry of Defense recorded missile launches from the French frigate Auvergne, located in the Mediterranean Sea off the Syrian coast.

None of the parties claimed responsibility for the disappearance of the Russian aircraft. In its usual manner, Israel chose to refrain from commenting. RIA News quoted the press officer of the Israeli army:

Washington categorically denied the possibility of its participation in an air raid on Latakia (while the Pentagon refused to name a possible organizer of the attack). Later, Paris announced its non-involvement in the incident.

So, at the moment, the main version is the second: there was a "friendly fire." First, it was put forward by CNN, citing its own sources in the US defense department. At the same time, the channel noted that the Israeli side is responsible for the “flurry of attacks on Syria,” which the air defense tried to repel. The Israeli army refused to comment not only on the Russian agency, but also on the US CNN.

At about 11 o’clock the RF Ministry of Defense determined this version as working. The spokesman for the department, Major General Igor Konashenkov, emphasized that the IL-20 has a much more efficient reflective surface than the Israeli F-16s. Therefore, the Syrian air defense systems shot him down with a S-200 complex missile.

Russia is not inclined to blame Syria for what happened. Since the real blame lies with Israel, which notified Moscow of its attack on Latakia just a minute before the incident. As a result, the Russian plane did not have time to fly into a safe zone.

The question of firing on Syrian territory from a French warship remains open. Even if France is not involved in the death of the plane, the question arises: what does the ship of the NATO country do near the coast of Syria?

Recently, Washington has often spoken about the need for a new strike on Syrian territory. For the sake of this, a provocation with chemical weapons was being prepared in the province of Idlib, about which Russia warned. On the eve of Moscow and Ankara reached an important agreement that the counter-terrorist operation of the Syrian army in Idlib will not begin in the foreseeable future, and that Russian and Turkish troops will ensure security in the demilitarized zone on the contact line between the ATS army and the militants.

And, although the United States formally approved this agreement, it cannot be ruled out that Washington is disappointed with the disruption of the prepared scenario, which consisted of provocation and subsequent American attacks on Syria. The United States has rich experience in acting with other people where it is not possible to act on its own. And whose hands it is - France or Israel - is a secondary question. The bottom line is that the anti-Syrian aggression took place and, in all likelihood, 15 Russian soldiers were killed in its course.

What will be the response of Moscow to the hostile actions of Tel Aviv? It’s hard to say. However, it can be assumed that Russia will take measures to withdraw Israel from the "Syrian game." If Israeli planes now strike with impunity on Iranian and Syrian targets on the territory of the SAR, such a practice may soon be banned. Such a move by Moscow will significantly complicate Israel's achievement of its goals in Syria, which will undoubtedly affect the course of the conflict as a whole.
Ctrl Enter
Noticed oshЫbku Highlight text and press. Ctrl + Enter
We are
Syrian war myths: bad Jews and invincible air defense of Damascus
The Russian "Shell-C1" in Syria rigidly thwarted the plans of militants
Reporterin Yandex News
Read Reporterin Google News
7 comments
Information
Dear reader, to leave comments on the publication, you must sign in.