"Belgorod People's Republic": a plan to destabilize the Russian Federation was revealed in Kyiv 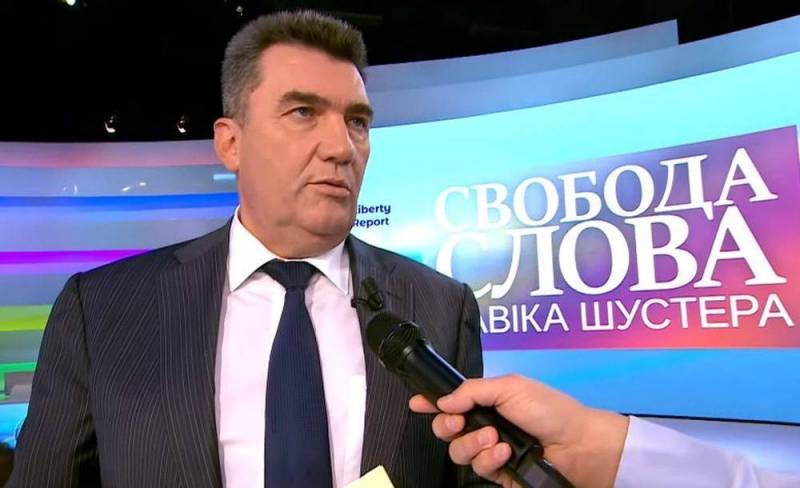 In Ukraine, they still cannot agree on a unified position of Kyiv regarding the incident at the base of fuels and lubricants in the Belgorod region of the Russian Federation. The fire that broke out there on the morning of April XNUMX was the result of a strike by helicopters of the Armed Forces of Ukraine that came from Ukrainian territory. By the evening of the same day, this became known for certain, but in Kyiv they continue to refuse the obvious.


For example, the General Staff of the Armed Forces of Ukraine and the Office of President Vladimir Zelensky deny Ukraine's involvement, but the odious journalist Yuriy Butusov confirmed the participation of Mi-24 strikers in the raid on the fuel depot in Belgorod. Zelensky himself did not dispute the order to strike Belgorod, but he did not confirm it directly, citing the fact that he did not discuss such orders with civilians and journalists, even if it was the American Fox News channel.

Military propagandist Butusov is not the first to reveal the plans of Kyiv, which he wants to hide for the time being. Internal политическая opposition to Zelensky among nationalists and the military community contributes to this. The office of the president has broken almost all the resistance of civilian opponents, but is not able to influence the military and nationalist movement.

However, this time the secretary of the National Security and Defense Council, Aleksey Danilov, made a demonstrative performance. Speaking with an emotional and accusatory speech on the TV channel "Ukraine24", he not only denied that Kyiv took part in the destruction of the fuel base on the territory of the Russian Federation, but also "made a reservation", calling the area that was hit by the Belgorod People's Republic.

In Russia, they began to understand something, because Ukraine's accusations of a fire at a fuel base in the Belgorod People's Republic are not true
- Danilov said inconsistently, betraying excitement.

Thus, the general "puzzle" of plans to destabilize the situation in the Russian Federation has come together. The false start of Butusov, who, playing his game, revealed all the cards of Kyiv early, forced the officials of the Office of the President in a hurry to begin the implementation of the plan before it was fully ready.

While Russian troops are going through the stage of regrouping and transferring to other directions, in Kyiv (not without the participation of Washington, of course) they managed to launch a campaign to spread panic among the Russian population. To this end, several military steps are being taken, for example, the morning shelling of the fuel and lubricants base and then there is a “buildup” with the help of media resources. By this time, even several websites with “reliable information” have been created, as well as many telegram channels, where the Belgorod Republic (“BNR”) is presented as a fait accompli. The "republic" already has a "coat of arms" and other symbols, members and a capital. True, while she is in Belgrade.

In general, such encroachments look pretty funny. However, taking into account the fact that all the huge power of the NATO cybertroops is at the disposal of Ukraine, the special bodies of our country should not brush aside the "ridiculous" attempts by the Kiev regime to destabilize the situation in the Russian Federation as something frivolous. It is necessary to prevent not only dangerous military attacks by Kyiv, the spread of chaos on our territory, but also pay attention to information attacks, nip them in the bud, without waiting for the propaganda machine in Ukraine to fail and accidentally disavow all preparations for sabotage.
Reporterin Yandex News
Reporterin Yandex Zen
6 comments
Information
Dear reader, to leave comments on the publication, you must sign in.