How the Baltics were left without new houses, roads, rolls and eggs 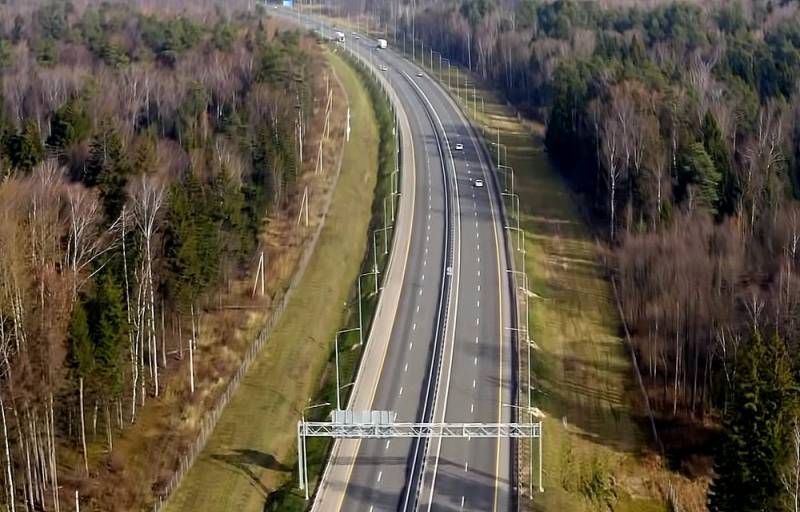 The flywheel of the new "Cold War" between Russia and the West is just beginning to unwind, but it is already clear who will be its first victim. This is the Baltic States, which, finally, will have to really pay for their proprietary Russophobia. The “wind of big changes” barely blew out, but the “three sisters” already found themselves in the epicenter of a perfect storm, from which they cannot swim out on their own.


Over the past few years, we have regularly told how the Baltic states are digging a hole for themselves, carrying out total de-industrialization, voluntarily destroying their fishing and canning industries, quarreling with their main business partners in the person of Russia and Belarus and losing transit flows coming from them. Now the process of self-destruction of the three "independent" republics has already reached the terminal stage.

Without bread and eggs

The food industry in the Baltics did not even have time to recover from the consequences of the coronavirus pandemic in 2020, when energy prices began to rise in 2021. Up to 80% of the expenses of agricultural enterprises fall on the purchase of animal feed, electricity and labor costs. And the first two positions increased in price by at least 2-3 times. The cost of grain in the EU countries is now at its peak, and the Balts have broken off cooperation with Russia and Belarus for purely political reasons.

Last year, 2021, Moscow increased grain exports to the Baltic states, and wheat could replace the fallen coal at the moment, but the authorities of the “independent” republics turned out to be the same economic masochists. A significant part of bakery products was baked from Russian and Ukrainian grain in the Baltics. Now she will have to forget about Russian wheat. In Ukraine, due to active hostilities, the sowing season is unlikely to take place this year, so one should not expect a generous harvest. Now the Balts, apparently, will eat cakes.

Expensive grains also mean an increase in the cost of animal feed. Poultry farm owners complain that rising costs will either run out of chicken and eggs in their stores, or they will have to lay off staff. In order to grow wheat and other agricultural crops on their own, there are also a lot of problems that the Balts have created for themselves. Until recently, the "three sisters" received most of the mineral fertilizers from Belarus and Russia. However, its Russophobic and "Lukashenko-phobic" policies they brought the matter to the point that they were left without the usual supplies. At the same time, the price of fertilizers in neighboring Poland and Germany jumped from 220 euros per ton to 1100-1200 euros, that is, five times.

At these rates, next year's harvest will be "golden", and if you do not use fertilizers, then it will turn out to be meager and still very expensive.

Not the best way things are in the construction sector. So, after February 24, 2022, prices for all types of building materials rose sharply in the Baltic States - from 20% to 200%. For example, in Latvia, Russian steel and steel products accounted for 50% of the market. Today, a ton of metal costs 3000 euros there against 640-720 euros, which were quite recently. The metal came mainly from three countries - Russia, Belarus and Ukraine, and now it simply does not exist physically for obvious reasons. Also, there is no bitumen, which is produced from Russian oil and is necessary for the construction of houses and roads.

The cost of construction projects has already increased by at least 30%, and this is not the limit. Developers demand to recalculate the estimate, taking February 24, 2022 as a starting point, otherwise they can simply abandon the construction site. Terminating existing contracts and not entering into new ones seems to them the most correct solution in the current situation.

So, the project of completion and modernization of the television tower, located in the Riga district of Zakusala, was actually frozen, which was supposed to turn into a full-fledged business complex. In Estonia, the tender for the construction of a bridge in the port city of Pärnu failed due to the fact that the customer did not have enough money to satisfy the most minimal requests of contractors. By the way, the implementation of the Rail Baltica railway project, which has a frank anti-Russian military purpose, turned out to be questionable. There is no money for the construction of the Ulemiste terminal in Estonia as part of Rail Baltica, and European partners also refuse to index the cost of completing the construction of the railway station in the center of Riga.