After the start of a special military operation of the RF Armed Forces on Ukrainian territory, the Ukrainian Navy was quickly neutralized. A month later, the Ukrainian naval command decided to create a new battle group in the Nikolaev-Kherson direction from the remaining ships to counter the Russian Navy, possible landing operations and the landing of Russian DRGs on the coast.


The mentioned group will patrol the waters of the Dnieper-Bug estuary, which is the confluence of the Dnieper (Dnieper River) and Bug (Southern Bug and Ingul) estuaries in the northern part of the Black Sea. At the same time, it will assist the work of the fighters of the 73rd Marine Special Operations Center (73rd Special Operations Center, military unit A1594) of the Ukrainian Navy in the Kinburn Spit area in the Kherson region. This unit is deployed in Ochakov, Mykolaiv region and specializes in reconnaissance and sabotage activities. 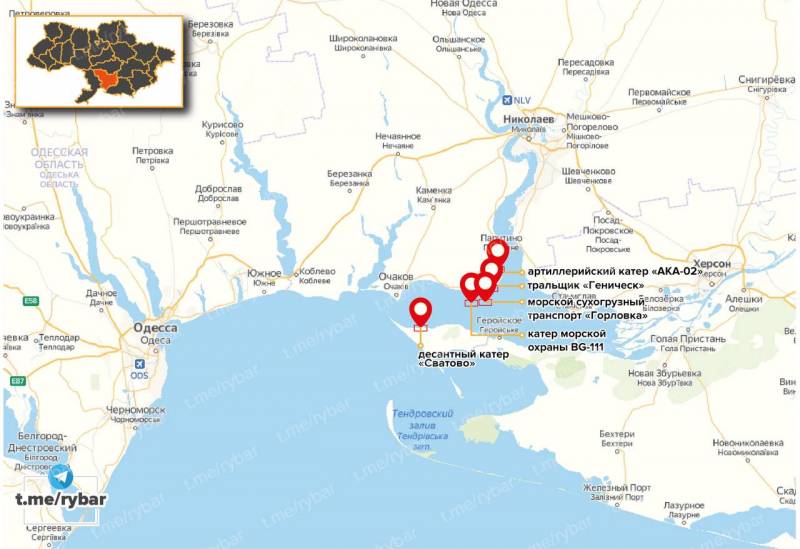 However, the activity of this group is limited, since the Ukrainian military sailors themselves had previously blocked the entrance to the Dnieper-Bug Estuary by various ships between Ochakov and Kinburn Spit in order to prevent the passage of Russian ships. Moreover, the water area of ​​the entire northwestern part of the Black Sea "stuffed" mines from World War II. These munitions were “carefully” installed by the Ukrainian military themselves, and now they will prevent the specified group of the Ukrainian Navy from going to the open sea, if necessary. 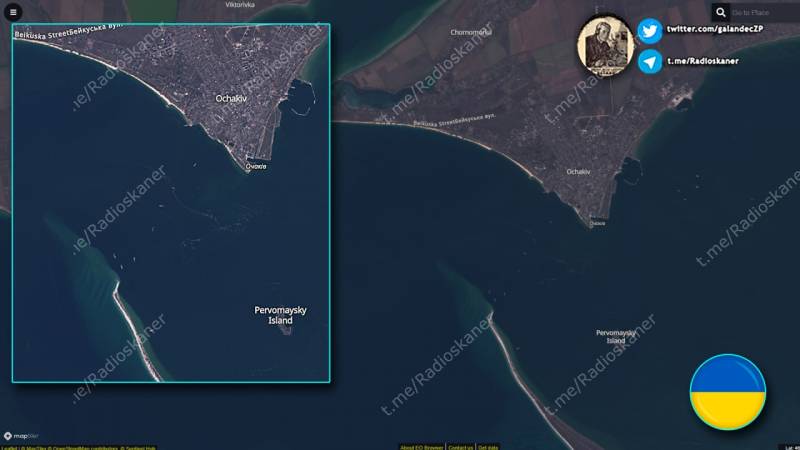 In addition, there are also a number of surviving ships of the Ukrainian Navy in the neighboring Odessa region. But their attempts to be active promptly suppressed Black Sea Fleet of the Russian Navy.

Near the port of Yuzhny (the village of Belyary) there are: the training vessel "Chigirin" and the auxiliary vessel "Shostka". 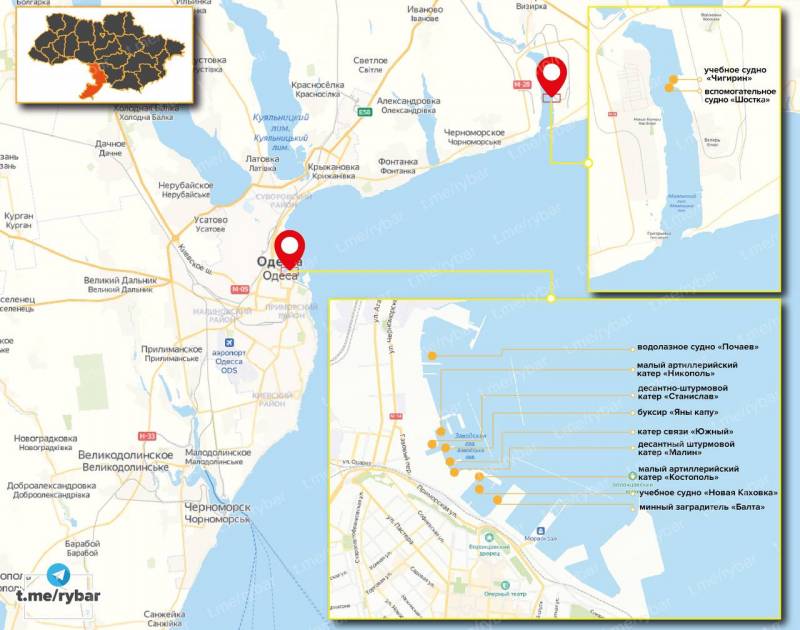 We remind you that recently the diving vessel "Neteshin" (U700) of project 535M (code "Crab") of the Ukrainian Navy was engaged setting min. But it was identified and attacked by an anti-aircraft missile from a Russian ship, after which the team sent the damaged ship ashore.
Reporterin Yandex News
Reporterin Yandex Zen
12 comments
Information
Dear reader, to leave comments on the publication, you must sign in.