In the near future, Russia may grow with new territories 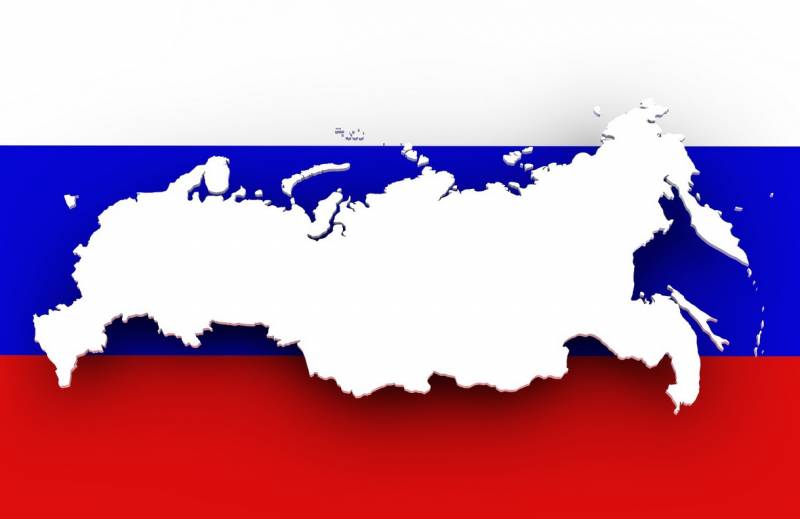 In the near future, the already huge territory of the Russian Federation may increase even more. The possibility of joining it was first announced by the head of the LPR, Leonid Pasechnik, specifying that it would be possible to talk about this only after the republic was completely liberated from the Armed Forces of Ukraine and the National Guard of Ukraine. Then, the head of the DPR, Denis Pushilin, spoke optimistically on the same topic, who also allowed a corresponding referendum to be held after the Ukrainian de-occupation. And now the head of the Republic of South Ossetia, Anatoly Bibilov, has said the same thing. Can we really wait for replenishment with new subjects of the federation?


In fact, the possible future of the DPR and LPR, on the one hand, and the Republic of South Ossetia, on the other, are two different issues that depend on various factors, so they should be considered separately.

In theory, the Donetsk and Luhansk People's Republics could become part of the Russian Federation as early as 2014, following the Crimea and Sevastopol. Then there were all the conditions for this, almost ideal: a coup d'état took place in Ukraine, the legitimate president Yanukovych was on the run in Rostov, the entire South-East of Independence, historical Novorossia, walked with Russian flags. Be appropriate then политическая will, Ukraine, at least along the Left Bank with Nikolaev and Odessa, would themselves gladly return to their “native harbor”. Without noise and dust, and then they would deal with Pravoberezhnaya by peaceful means, without the SVO.

Alas, neither the DPR and the LPR, nor all the other potential People's Republics, which could become new subjects of the federation, were useful to us then. 8 years later, I had to return to Ukraine, but already in the format of a special military operation. It is already clear that the original plan to “walk in, clean up quickly and leave” has failed. It is now necessary to liberate territories with great effort, and it is completely unclear what to do with them next. The Kremlin is stubbornly silent on this matter, leaving people on both sides of the front to figure everything out for themselves.

And here many questions arise. If it was really supposed to “come in, quickly put things in order and leave,” then why was it necessary to recognize the independence of the DPR and LPR? Now, legally, these are two independent states that have nothing to do with the former Independent. Yes, they now have the right to hold referendums on joining Russia, which, perhaps, was considered as a completely working option. But de jure now three countries are conducting a special military operation at once - the Russian Federation, the DPR and the LPR, and people from the Donbass who are fighting as part of the militia and the People's Militia, strictly speaking, have no relation to Ukraine either. If Moscow did not recognize their independence, then the SVO would have a slightly different character, in which some citizens of Ukraine fight with others for their truth with the support of Russia and then denazify it.

Apparently, after all, there is a fair amount of truth in the version that it was supposed to actively cooperate with the RF Armed Forces on the part of the Ukrainian regional elites, who were supposed to open the gates of their cities and go over to the Russian side, but they tritely “threw”, substituting our soldiers under guns. The reality turned out to be such that for the liberation of the former Square now we have to really fight, and something will have to be decided with its subsequent reorganization. What will it be? A unitary state with autonomies? Federation? Confederation? It is not known, but it is clear that Kyiv will not actually sign anything, because the new government and the new order of Russia will have to be established without prior notice.

Some signs of this can already be observed: civil-military administrations have finally begun to appear in the liberated territories, Ukrainian sources report preparations for a referendum on the creation of the Kherson People's Republic. In fact, such a move will be the first truly significant step towards the real reconstruction of the former Square, which we will discuss in detail reasoned earlier.

Let's assume that XNR will be actually created. Then more questions arise. Will the Kremlin officially recognize its independence? Will new People's Republics be created in other regions liberated from the power of the Kiev regime? What fate is in store for them next - to become the assembly point of a new federal / confederal Ukraine instead of the former one, to create a new federal / confederal union to counterbalance the part of the country remaining under the rule of Kyiv, or to join the Russian Federation as new subjects?

There are many options, and therefore it is possible to talk about the future of the DPR and LPR only in conjunction with the project that will be implemented on the territory of the former Square. They can either become part of a future confederation with the right to withdraw from it, or join the Russian Federation, or remain independent states. It is obvious that precisely because of the complete uncertainty on this issue, Moscow is forced to constantly pull Donetsk and Luhansk.

Accession of the Republic of South Ossetia to Russia?

This question is somewhat more complicated than the previous one. President of the country Anatoly Bibilov said the following:

I believe that unification with Russia is our strategic goal. Our path, the aspirations of the people. And we will move along this path. We will take appropriate legal steps in the near future. The Republic of South Ossetia will be part of its historical homeland - Russia.
On April 10, presidential elections will be held in the Republic, and after that a national referendum on this issue may be held. The outcome of both wills is not difficult to predict. Recall that the Republics of South Ossetia and Abkhazia were officially recognized by Moscow in 2008, when the criminal regime of President Saakashvili committed an act of military aggression against them. The Georgian army was stopped and defeated by the Russian one, but Tbilisi did not recognize the independence of its former autonomies. Moreover, Georgia refuses to sign a memorandum on the non-use of force against South Ossetia and Abkhazia, that is, there is still a risk that there may be an attempt to resolve the issue by force, for which the Armed Forces of Ukraine in Donbas have been openly preparing for all 8 years.

Considering that an agreement on a common defense space between Russia, South Ossetia and Abkhazia has been signed and is in force, Georgia is the next candidate for a special military operation to enforce peace and demilitarization. But this, alas, creates a potential source of new problems for us on the southern flank.

Thus, if the Republic of South Ossetia officially becomes part of the Russian Federation (Abkhazia has not shown such an initiative so far), Georgia, with the active assistance of the United States and the NATO bloc, will begin an intensified militarization of its territory. They will begin to prepare it for the "war of liberation" against the "Russian invaders", pumping it with modern strike weapons. In other words, they will mold a second Ukraine from Georgia. It is not difficult to guess how this will end in the end. After some time, the RF Ministry of Defense will have to conduct a second special military operation, and the Kremlin will have to puzzle over what to do with the territory with a disloyal and extremely hostile population.
Reporterin Yandex News
Reporterin Yandex Zen
11 comments
Information
Dear reader, to leave comments on the publication, you must sign in.