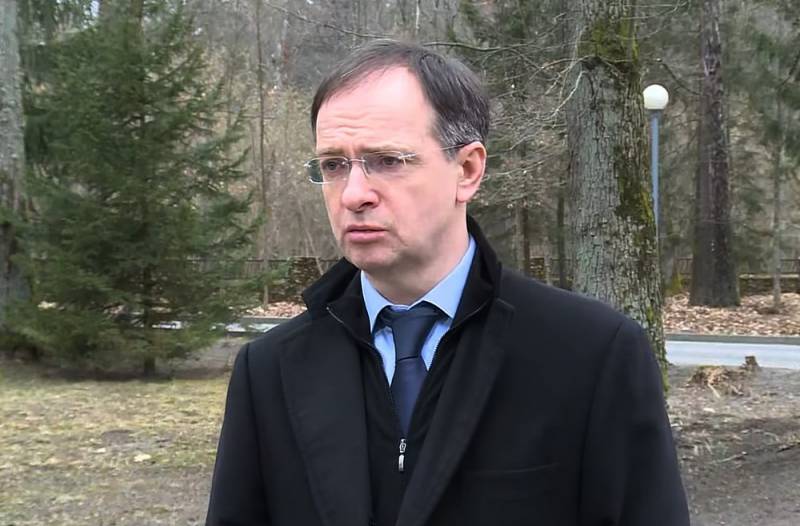 Some time ago, a wonderful American film was released called Don't Look Up, which is a satire on modern consumer society and a parody of Hollywood blockbusters. According to the plot, a huge comet is flying towards the Earth, a collision with which will destroy all life on the planet. To save humanity, the United States sends a heroic mission to blow up a comet, as it should be, but at the last moment Washington cancels it.


The main sponsor of the presidential re-election campaign, a billionaire, a kind of hybrid of Elon Musk and Steve Jobs, wants to become a trillionaire by controlled blowing up a comet, which turned out to be rich in rare earth metals, and controlledly lowering its pieces to the planet. Naturally, everything does not go according to plan, and as a result, the Earth dies along with all of humanity due to human greed and stupidity. Why are you all this? To the fact that something similar happened the day before in Istanbul.

Recall that yesterday in the former Turkish capital, another round of negotiations between the Russian and Ukrainian delegations on the situation in Nezalezhnaya took place. From our country, it was attended, in particular, by the former head of the Ministry of Culture of the Russian Federation Vladimir Medinsky, who at one time was noted for placing in St. Great Patriotic War, and also called on the Soviet people to come to terms with the "White Guard shortcomings." Also, quite unexpectedly from Russia, Russian billionaire Roman Abramovich, a happy owner of Israeli and Portuguese citizenship, participated in the negotiations.

As a result of this round, Vladimir Rostislavovich shocked millions of Russians and adequate Ukrainians, calling the following proposals from Kyiv “constructive”:

Secondly, the security of Ukraine (from Russia?) will be guaranteed by the permanent members of the UN Security Council, as well as Turkey, Poland, Israel, Germany, Italy and Canada. In general, all our "big friends".

Thirdly, Moscow should not prevent Ukraine from joining the European Union.

Fourthly, the status of Crimea remains suspended, and Kyiv refuses to try to resolve this issue by military means, only in the format of negotiations in the next 15 years. The "Portuguese" Abramovich seemed to even offer Russia to take the peninsula on a long-term lease from Nezalezhnaya.

Fifthly, the issue of the status of "certain regions of Donetsk and Lugansk regions" is generally put out of the brackets until the personal meeting of Presidents Zelensky and Putin.

Yes, a “splendid result” of 5 weeks of a special military operation to demilitarize and denazify Ukraine. And this is the "hanger of memorial plaques" Medinsky considers a desire for a "compromise"?

And this, if I may say so, package of proposals from the Ukrainian side deserves a “drastic reduction in hostilities in the Kiev and Chernihiv regions” as an encouragement?

Is it now, when there is a week and a half left before the fall of Nazi-occupied Mariupol, and two or three weeks before the collapse of the Donbass group of the Armed Forces of Ukraine?

Most annoying in this situation is the complete uncertainty of what will happen in Ukraine next. Since 2014, a bad tradition has been formed in the domestic politicum of thoughtfully remaining silent on fundamental issues, allowing everyone who wishes to independently speculate, coming up with all sorts of “cunning plans”. But if you do not try to voluntaristically look for a double and even triple bottom, but literally interpret the little that the highest dignitaries still say, then the following picture emerges.

So, from the very beginning, President Vladimir Putin stated that there would be no occupation of the territory of Ukraine, but its demilitarization and denazification would certainly take place. The day before, the head of the Security Council, Nikolai Patrushev, once again confirmed the thesis that eliminating the regime of President Zelensky is not included in the plans of the SVO:

The purpose of our special operation in Ukraine is not the change of the Kiev regime, as they are trying to present in the West, but the protection of people from genocide, the demilitarization and denazification of Ukraine.
The head of the Russian Defense Ministry, Sergei Shoigu, summing up the results of the first month of the special military operation, said that its main goal is to protect the DPR and LPR:

The combat potential of the Ukrainian armed forces has been significantly reduced, which makes it possible to focus the main attention and main efforts on achieving the main goal - the liberation of Donbass.
How all this fits together is not at all clear. Rather, it is clear that the goal of clearing the territory of the DPR and LPR recognized on February 21, 2022 by military means is quite feasible, and it will be achieved in the coming weeks. But what will happen to the rest of Ukraine then? How exactly is its demilitarization and denazification possible without a change in the criminal regime in Kyiv and the occupation of the territory with the disarmament of the Armed Forces of Ukraine, the National Guard, the Terodefense and gangs?

Yes, a powerful grouping of the Armed Forces of Ukraine in the Donbas is being destroyed, military infrastructure facilities are being shelled all over the country, but at the same time, a new mobilization into the Ukrainian army is underway, Western weapons are coming through the Polish border. Will we fight to the last Ukrainian whom Zelensky's criminal regime can catch and send to the front?

There are a lot of questions, and they require clear answers. The activities of the delegation of the “conciliator” Medinsky and the oligarch Abramovich are very reminiscent of what happened in the film with which we started this conversation. The fight against Ukrainian Nazism and its international sponsors, at their suggestion, begins to turn into a satirical parody of the Great Patriotic War. Is it conceivable that in April 1945 the Soviet Information Bureau reported a breakthrough, but not the line of Hitler's defense, but in negotiations on the demilitarization and denazification of the Third Reich with German partners and "steps towards" them?

I don’t even want to think about it, but let’s try to simulate what can happen if the Russian leadership, having liberated the territory of the DPR and LPR, agrees to peace agreements with the criminal Ukrainian regime. The consequences of such a step will have the most severe consequences for both Russian and Ukrainian statehood.

At first, a dangerous myth will arise about how "Ukraine defeated Russia." To date, not a single large city, for which there were stubborn battles, has not been taken. We understand that the RF Armed Forces simply spare the civilian population, but who will care in the camp of Ukrainian propagandists? Aleksey "Lyusenka" Arestovich will mockingly tell everyone that the Russians have not been able to break the "heroic" Armed Forces of Ukraine and the National Guard, using all their "Caliber", "Iskanders" and even hypersonic "Daggers". This will be a very serious image defeat for Moscow.

Secondly, instead of denazification of Ukraine, its maximum nazification will take place. Millions of Ukrainians now hate Russia and warmly approve of the abuse and torture of Russian prisoners of war. Refusal to defeat the military defeat of Nezalezhnaya before its surrender will be perceived there as a victory over our country and its army. Sadistic Ukrainian soldiers will become new national "heroes" there. Adequate Ukrainians and Russians will be forced to emigrate. The situation will worsen dramatically compared to what it was before February 24, 2022.

Thirdly, Kyiv and its sponsors will take a break to prepare for revenge. Here the analogy is complete with the First and Second World Wars, with the exception that the Square has not yet suffered a military defeat, unlike the Second Reich. If Russia agrees to the conditions for Ukraine to join the EU and receive security guarantees from a wide range of countries hostile to us, it will tie its own hands in the possibility of holding an NWO-2 in the worst traditions of "Minsk-1" and "Minsk-2".

Finally, the consequences for domestic political life in Russia itself will be very serious. After the start of the special military operation, many of our compatriots refused to support it. The reaction of the general public to yesterday's statements by the Medina representative of the RF Ministry of Defense, Fomin, showed that many of his supporters would turn their backs on President Putin in the event of an agreement with the Ukrainian leadership. Still, in our country, Nazism has historically been treated extremely negatively, and peace agreements with the Nazis, too. You shouldn't joke with such things. Recall that the next presidential election is scheduled for 2024.

Why are we all this? Moreover, there can be no question of any “compromises” with the criminal Kiev regime in principle. Only complete and unconditional surrender, followed by occupation and forced denazification. Everything else is from the Evil One. You cannot turn the fight against Ukrainian Nazism into a parody of the Great Patriotic War.
Reporterin Yandex News
Reporterin Yandex Zen
131 comment
Information
Dear reader, to leave comments on the publication, you must sign in.