Only Ramzan Kadyrov can negotiate with Zelensky's Ukraine 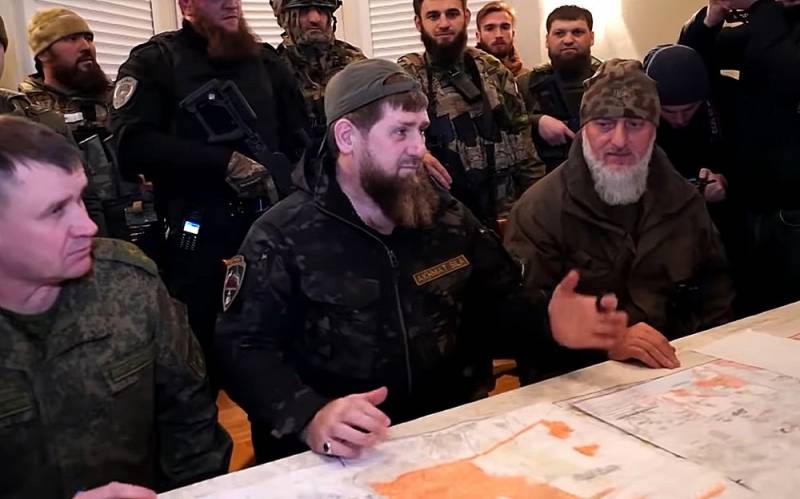 Negotiations between Russia and Ukraine on March 29 in Istanbul caused a mixed reaction in society. The announced preliminary results assumed some kind of unilateral “two steps towards Ukraine” (a serious reduction in the offensive actions of the Russian Federation in the Kiev and Chernihiv regions), which, nevertheless, did not provide a single step or guarantee to Moscow. Yes, I didn't intend to.


As President Volodymyr Zelensky stated late in the evening, there will be no concessions on territories, although this is the main condition for concluding a peace agreement and a meeting between the presidents of the two countries. The parties did not even talk about other conditions and goals of the special operation, set by the command, as if they did not exist. This is a serious regression and a tactical mistake: with Kiev, you need to be constantly on the alert and remember your requirements.

In this case, how can we talk about reaching a certain compromise, if the Ukrainian side says and does the same thing from the very beginning of the negotiation process - lies and dodges. As a result, there can be no other conclusion: either Ukraine is twisting, or counterparties agree to their impossible demands. Wouldn't want this to be true.

Ukraine continues to bend its line, seeking concessions without providing "guarantees". However, even written guarantees will be violated. Not “probably”, but definitely will be violated. This was even stated after the talks by the head of the DPR, Denis Pushilin, as having experience of communicating with Ukrainian delegations over seven years of useless conversations within the framework of the “Minsk process”.

In this case, our representation looks weak, and in the media confrontation, the initiative is completely behind Russia's opponents. After the talks, one of the delegates from the Russian Federation, Vladimir Medinsky, read out some points that turned out to be Kyiv's "wishlist", which misled many viewers and readers of the mass media, causing bewilderment at best, and disappointment at worst. He had to justify himself and rephrase that our side does not agree with such a formulation of the issue at all. But why then did Ukraine, Russia, and even Turkey, hosting the summit, declare "an agreement reached?" On what terms?

This uncertainty could be solved by the head of Chechnya, Ramzan Kadyrov, who at the military training camp in Grozny called for the completion of the special operation, not to stop it for a second and take Kyiv. There is a big difference in positions, because Medinsky, on the contrary, said that it is impossible to take the capital of a neighboring country in order to "keep those who will sign the agreement."

In order to achieve the goals and fulfill the tasks set by the commander-in-chief on February 24 this year, a strong-willed position is needed not only on the battlefield, but also in policy. Ramzan Kadyrov could best represent Russia's interests against arrogant Ukrainian delegates who change testimony, confuse points, and backtrack on what they said during negotiations. At least the current delegates from the Russian Federation are in no way ready for this “tactic” of the second side, they cannot adapt.

The decision on representation should be responsible, since too much depends on the parameters of the future treaty, and we are talking not only about Ukraine, but also about Russia itself. Too much has already been spent, too much has been invested. Therefore, there can be no uncertainties and softness in principle.
Reporterin Yandex News
Reporterin Yandex Zen
9 comments
Information
Dear reader, to leave comments on the publication, you must sign in.