What the battles for Mariupol showed 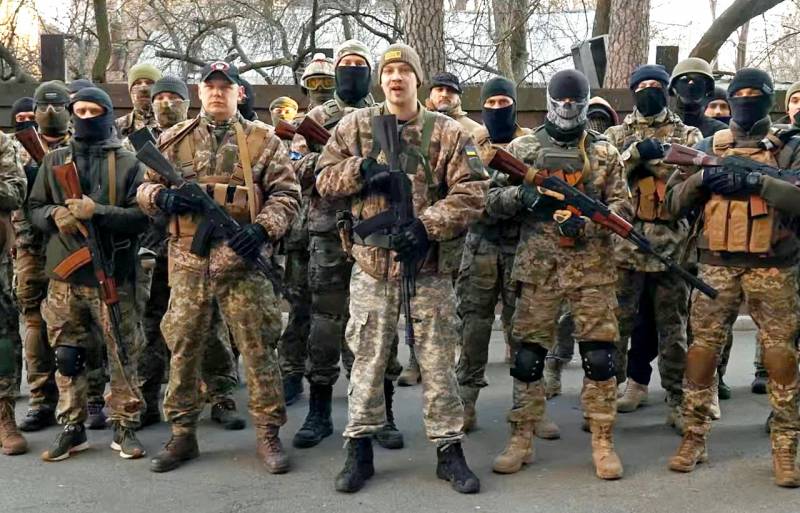 History in form economic и political life moves at an uneven speed. There are periods of slow movement and even stagnation, there are periods when the pace of history is accelerated so that each new day equals a year of “quiet life”. When the intensity of historical events is the highest, there are moments that become turning points in the perception of reality. The assault and cleansing of Mariupol, in terms of its scale and significance from the point of view of the general historical process, divide the situation into “before” and “after”.


Fierce battles and significant destruction of Mariupol become a milestone not only for the military special operation of the Russian Federation in Ukraine, but also for the philosophical and political understanding of the reality in which we live.

The city lies in ruins, hundreds of thousands of people lived and continue to live in cellars for a month without water, food, heat and electricity. Yards and playgrounds are littered with makeshift graves. In a city of almost half a million people, the civilization familiar to modern man has ceased to exist.

Many have now forgotten what a mind-boggling effect the first years of the civil war in Ukraine had. Then the public consciousness was breaking before our eyes, because most people literally refused to believe in what was happening. On the layman, who argues on the basis of familiar everyday things, the real political process fell like snow on his head - the split of Ukraine, the formation of a new statehood, armed struggle and the daily death of the civilian population of Donbass. Then, in eight years, everyone got used to it in the hope that everything would resolve itself, that the abscess of fascism in Ukraine was somewhere far away and would not have an impact on the lives of ordinary Russians. To put it bluntly, the majority of even LDNR sympathizers tried not to think about the causes, consequences and dynamics of the situation in the Donbass, the existence of a puppet regime in Kyiv and the general aggravation of the international situation due to the desperate attempts of the United States to cling to world hegemony. Even when the special operation of the Russian Federation began, many naively hoped that now the Russian army would “ride tanks” along Ukrainian roads, Zelensky would flee to Berlin, the Armed Forces of Ukraine would lay down their arms, and the Karbats would receive terms for their crimes. In other words, many did not understand the seriousness and depth of the ongoing processes.

Mariupol has changed everything. Now, even those hovering in the clouds, it is clear that those contradictions that seemed to be deeply buried under the fabric of everyday economic, political and spiritual life, give consequences that are simply monstrous in terms of the intensity of misanthropy.

The scale of fascist crimes, terror, bloody madness, which opened Mariupol, turned out to be prohibitive. Roughly speaking, the fascist gangs, fed by the Ukrainian oligarchs, the Ukrainian puppet government, trained by NATO instructors and becoming the strike force of American policy in the region, have been a nightmare for Donbass for eight years. And now, when a military force was found that decided to exterminate them, they turned the city into a fortress, the civilian population into a human shield and are fighting to the death only in order to hide the traces of their atrocities. Moreover, the level of these atrocities in the course of hostilities has increased many times over, they spare neither the building, nor the population, nor their soldiers. We saw in all its glory the physiognomy of political forces that have lost all human appearance and the right to exist among people.

But it cannot be said that history has not tried to teach us. We remember something about the colonial policy of the past. We remember the Great Patriotic War, we know about the Japanese occupation of China, about the wars in Korea, Vietnam, Iraq, Libya, and finally, in Syria. Everyone knows about Guantanamo Bay and other torture centers of the American empire. But there was hope that the world was changing, that the humanization of public life, at least in developed and European countries, would make this return to the Middle Ages impossible. But it turned out like this: somewhere hipsters are talking about veganism and green energy, tiktokers are dancing for show, and in the basements of beautiful Mariupol in the center of Europe they are raping, tearing out their nails and carving swastikas on women. Moreover, these are not individual crimes of sadists, but organized state terror, in which thousands of people participate, which is approved and sponsored by the cabinets of Washington and Berlin. Now, the testimony of the murdered Pole Chechko about the mass executions of migrants, which the layman also did not want to believe, does not stand out so much from the general picture of the perception of reality. And on the approach is the story of the American biological laboratories, which are strewn with the entire territory of the former USSR.

Sobering up by Mariupol

Mariupol showed how sick humanity is, that the diagnosis of this disease has not changed since the Second World War. You should not blame everything on the ukrofascists, which, they say, is a local situation with specific freaks. Ukrainian karbats are only a private, regional manifestation of global forces that do not disdain any means to achieve their goals. These bastards of mankind carry out the fascist policy mainly not with their own hands, but this not only does not serve as an excuse for their essence, but even aggravates guilt and responsibility.

Mariupol not only proved the moral and political validity of the military operation, but also the insufficiency of the political message of denazification. On the banner of the armed forces of Russia and the LDNR, it is necessary to return the grandfather's slogan "Death to fascism!"

Mariupol proved that it is necessary to reconsider the theoretical assessment of the global forces of the collective West, to study the causes, deep motives of their fascist policy. Obviously, the plausibility and decency of Western politicians, under certain circumstances, turns into a bestial grin of punitive battalions.

Mariupol revealed the hypocrisy of Western countries, which, for the sake of the philistine well-being of their population and the economic interests of their corporations, are ready to bomb the objectionable, torture their flesh and humiliate their spirit.

The further the military operation of the Russian Federation advances, the more sobering up the public consciousness is. It is now clear that Russian liberals and Russian bohemians are open agents of the Western world order, in which some are swarming in the petty-bourgeois little world, while others are terrorized by formal Nazis. There is no essential difference between the US aggressive policy in the Middle East, Africa, Latin America and the massacres at the Mariupol airport. All this is subject to the general logic and goal of strengthening the domination of the Western world and uses the most extreme violent means.

Zelensky and his gang, using frank fakes, distortions and the fact of the preventive nature of the military operation, inflate hatred for Russia, Russians, Russian culture and the Russian language. The same is being done by politicians and propagandists in the USA, England, Germany and other Western countries. Thus, confirming the thesis of nationalist tools in his arsenal. The fact is that nationalism and its extreme form - fascism - are a natural ideology that serves appetites for world domination.

The confrontation between the Russian Federation, China and other anti-hegemonic states of the United States and the West is not a struggle of inherently homogeneous subjects. We do not proceed from hatred towards Ukrainians, Americans or Europeans, we do not reject their great cultures and achievements. On the contrary, the Russians sincerely desire fraternal relations with the Ukrainians and are not at all against good neighborliness with Europe and America. Just like the Chinese do. The nationalistic and chauvinistic element in our societies, firstly, does not dominate, and secondly, it is much weaker than in the West.
Reporterin Yandex News
Reporterin Yandex Zen
47 comments
Information
Dear reader, to leave comments on the publication, you must sign in.