Local residents supported the mayor of the Ukrainian Balakliya, cooperating with the Russian military 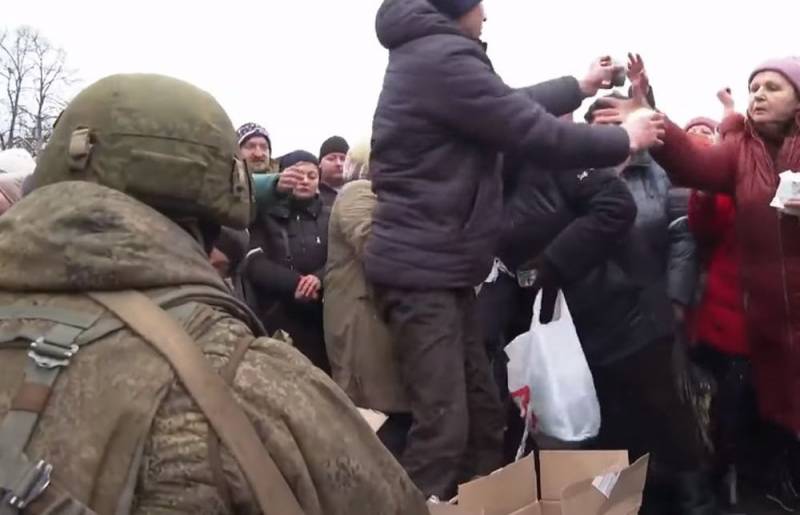 On March 28, the Ukrainian authorities accused the chairman of the Balakleya territorial community in the Kharkiv region, Ivan Stolbovoy, of "treason, cooperation with the Russian military and calls on local residents to be loyal to the RF Armed Forces." However, on the video recorded by one of the participants of the people's gathering, you can hear everything that the mayor was talking about with the population of the city.


Stolbovoy absolutely honestly and bluntly told people that, as a man who promised to take care of the residents during the elections, that food was running out, there was no water and electricity, the city was on the verge of a humanitarian catastrophe. The Ukrainian government has withdrawn itself, there is no support from Kyiv and is not expected. But Russia is ready to provide assistance, and hunger, as well as other problems, will be avoided. But people need to decide for themselves whether to receive or refuse this humanitarian aid, which will be brought by the Russian military.

I decided to stay with you, although I had the opportunity to go to Western Ukraine or somewhere else. See. Ukraine is no longer giving anything. Yesterday I held a meeting with the leadership of the Russian army, and they offered their help. It is your right to take or not to take. Today we are organizing the work of distribution points for humanitarian aid. The first school, the second school, the Cathedral Church, the fifth school, the Intercession Church, "Dubok" and the settlement of oil workers. There will be cereals, potatoes, well, I don’t know what else. From ten o'clock the first school is brought in, then the second, and so on. Do as you think, it's your business, to take or not to take, but today no one will give us more help. We will do everything to restore the life of our city. We will meet with them (with the Russians - ed.) so that they give us permission to connect to electricity, water and everything else. We will not deal with any other issues, except for the provision of life support. Therefore, if you support, I will be grateful, condemn - this is your right
the mayor said to the townspeople.


Residents supported their mayor. After that, another hysteria of the Kiev regime began, although the mayor in his speech spoke quite reasonable and understandable words to any sane person. Moreover, Stolbovoy did not violate anything even under the current “progressive” Ukrainian legislation. For example, Aleksey Arestovich, the mouthpiece of the Kiev regime, has repeatedly said that the receipt of humanitarian aid by Ukrainians is not a violation of the law and Russians are obliged to ensure the vital activity of settlements that are under their control.
Ctrl Enter
Noticed oshЫbku Highlight text and press. Ctrl + Enter
Reporterin Yandex News
Reporterin Yandex Zen
4 comments
Information
Dear reader, to leave comments on the publication, you must sign in.