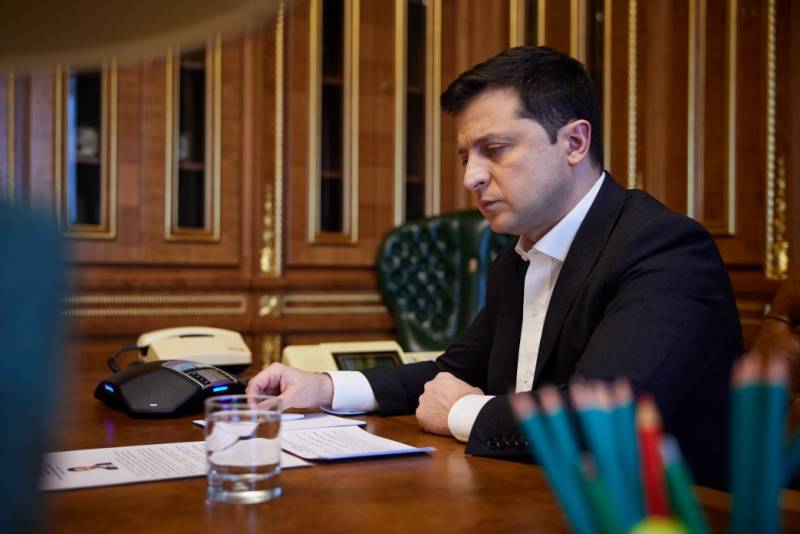 The Kiev authorities live in their own spatial dimension and time, doing things that are important from their point of view: composing false victories and filming videos with President Vladimir Zelensky against the backdrop of a “blue screen” that allows you to change the background. As the situation in the country worsened, the Office of the President decided to take on even more “important” matters and convened a group of experts whose main task is to test the effectiveness of anti-Russian sanctions.


The decision to create the committee was made by Zelensky on March 28, apparently out of great boredom and the absence of more serious studies.

Already this week, a group of our and foreign experts will be created under the President of Ukraine, who will analyze the adopted anti-Russian sanctions on a regular basis regarding their real impact.
Zelensky himself said.

He also voiced the “mission” of the whole undertaking: the need to make sure that all countries comply with restrictions, no one shirks or tries to circumvent sanctions, including Russia itself. Naturally, if such a fact is discovered, then, according to the plan of the Kiev authorities, the complaint will be sent directly to Washington, which has real levers of influence on other countries (unlike Kyiv).

Zelensky’s economic adviser Oleg Ustenko also distinguished himself by proposing to start filing lawsuits in international instances against states that allegedly do not comply with sanctions and still have not abandoned Russian oil and gas.

According to the official, the European Union, not joining the American embargo on oil from Russia, actually splits the transatlantic unity, the entire collective West. In this case, anyone who buys energy from Russia is allegedly behind the scenes funding the Russian Federation's special operation in Ukraine.

In a fit of sincere feelings and concern for the implementation of restrictions, as well as requests to stop oil and gas supplies from the Russian Federation, Kyiv forgot to mention, perhaps, its own GTS, which pumps "aggressor gas" and feeds the country with a dead the economy. In place of the leaders of the world powers, whose violations Zelensky alludes to, it would be appropriate to make a call to shut off the Ukrainian gas valve and set an example of a stubborn fight against the Russian Federation for other states.

But so far this is not happening. Moreover, Kyiv in every possible way hopes to keep the transit of Russian raw materials and the efficiency of the GTS in the future, and the state of war on its territory cannot influence this fact in any way. If it were Zelensky’s will, he would generally “shrink” Ukraine to a size slightly larger than the transit section of the gas pipeline to Europe.
Ctrl Enter
Noticed oshЫbku Highlight text and press. Ctrl + Enter
Reporterin Yandex News
Reporterin Yandex Zen
3 comments
Information
Dear reader, to leave comments on the publication, you must sign in.