The strike group of the Navy covers the southern flank of Russia: the composition of the connection 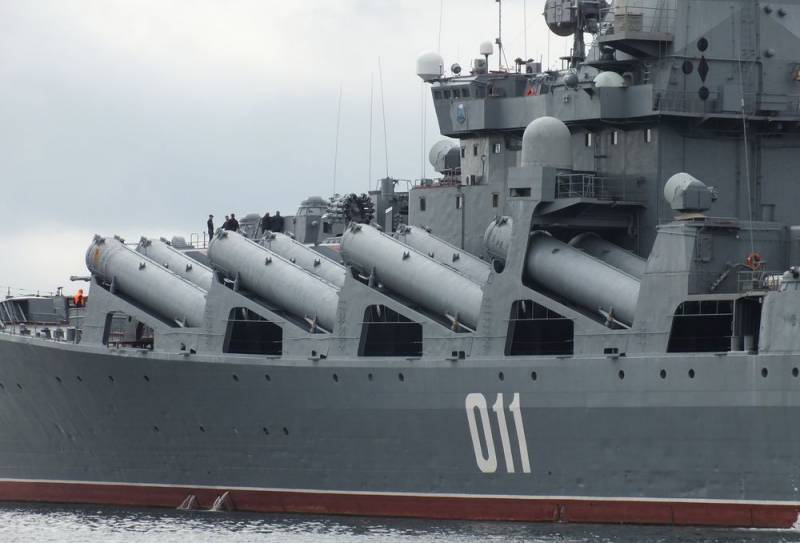 The expert community continues with concern watch behind the ongoing confrontation between the two fleets - Russia and NATO, in the expanses of the World Ocean. This time, the strike force of the Russian Navy, covering the southern flank of Russia in the European theater of operations, fell into the field of view of the monitoring resources that track the maritime situation.


Western experts have found out the composition of the permanent task force of the Russian Navy in the Mediterranean. They established which warships, auxiliary vessels and submarines of the Russian Navy were in this water area from March 19 to 25. The list includes 15 pennants, which are based on the 720th logistics point (MTO) of the Russian Navy in Syrian Tartus. They were probably ranked according to the degree of danger to the Western fleet. 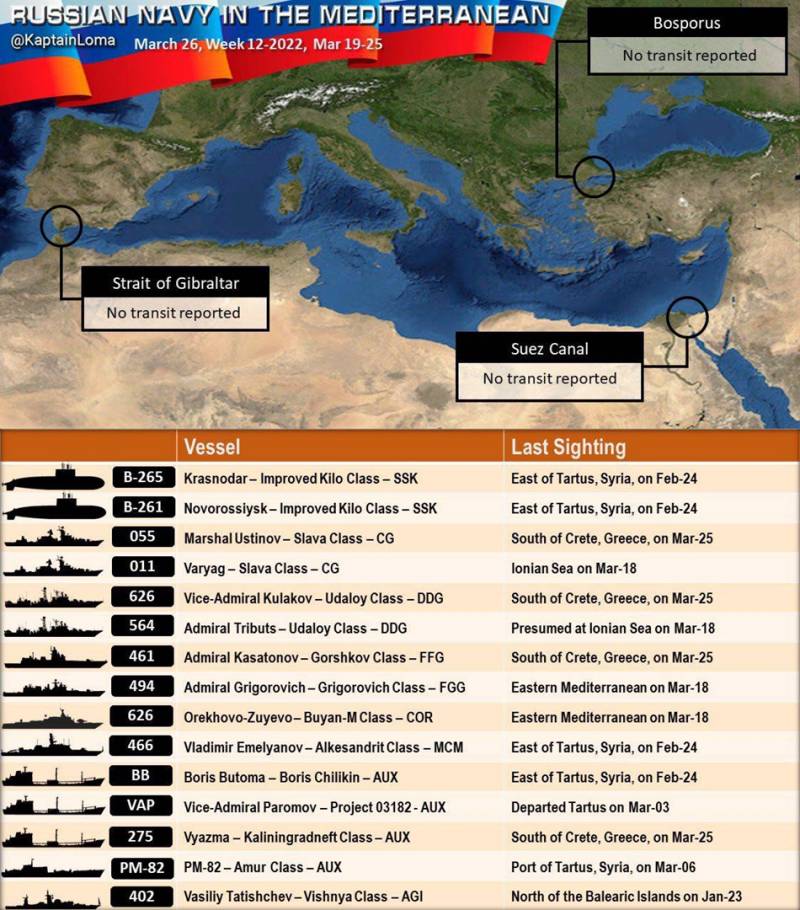 The first on the list are two diesel-electric submarines (DEPL) B-265 "Krasnodar" and B-261 "Novorossiysk" of project 636.3 "Varshavyanka", which are part of the 4th separate brigade of submarines of the Black Sea Fleet. This is followed by a couple of mighty missile cruisers - the Marshal Ustinov of the Northern Fleet and the Varyag of the Pacific Fleet (both project 1164 Atlant).

The list continues with the small rocket ship (RTO) "Orekhovo-Zuyevo" (project 21631 "Buyan-M") of the Black Sea Fleet. In tenth place is the newest mine defense ship (minesweeper) "Vladimir Emelyanov" (project 12700 "Alexandrite") of the Black Sea Fleet. Then comes the large sea tanker (BMT) "Boris Butoma" - an integrated supply vessel TF (project 1559-B, code "Sea Space"). Behind him is a small sea tanker "Vice-Admiral Paromov" (project 03182) of the Black Sea Fleet. After it, the medium sea tanker "Vyazma" (project REF-675) of the Federation Council is indicated. The next on the list is the floating workshop "PM-82" of the Baltic Fleet (project 304, class "Amur"). The last naval reconnaissance ship, the medium reconnaissance ship (SRK) "Vasily Tatishchev" of the Baltic Fleet (project 864 "Meridian"), is indicated.
Ctrl Enter
Noticed oshЫbku Highlight text and press. Ctrl + Enter
Reporterin Yandex News
Reporterin Yandex Zen
2 comments
Information
Dear reader, to leave comments on the publication, you must sign in.