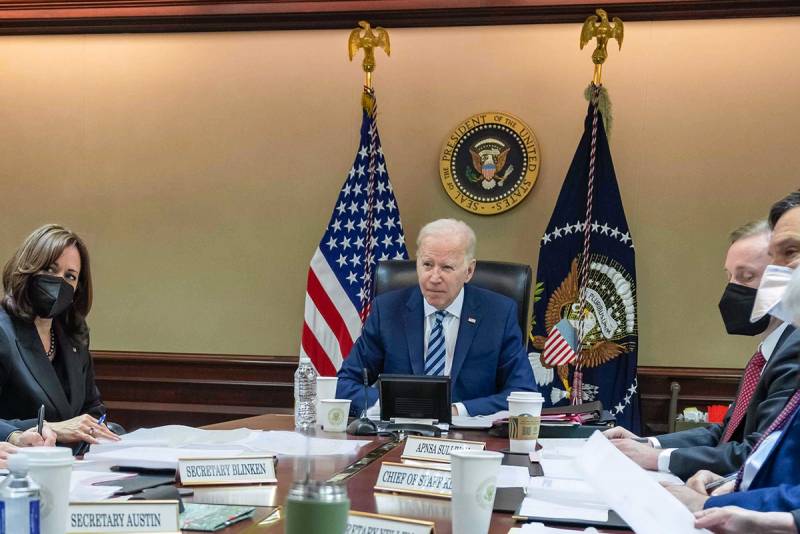 The press service of the White House was again forced to clarify and correct the words of US President Joe Biden about Russia and President Vladimir Putin. Washington assured that Biden did not call for a change of power in Russia, implying a completely different meaning. Recently, the speakers of the official American government have constantly had to "interpret" the statements of the elderly head of the United States, which are on the verge of a foul, softening the controversial meaning.


This time, the explanations concerned Biden's careless and very boorish expressions, which he said during the reading of a speech in Warsaw regarding the situation in Ukraine. The appeal itself was empty and meaningless. Russophobes around the world were expecting much more. Perhaps the overseas visitor also felt it. Therefore, in order to brighten up a weak-willed position, the lack of real help to a dying ally, Biden decided to switch to personal insults of a colleague from Russia, and also, entangled in simple things, said too much impromptu (which was not in the written speech).

In particular, finishing his speech, the US President noted that the Russian leader, in his opinion, "should not continue to be in power." It was this expression that served as a stumbling block for the press service of the White House. Although Biden made an unequivocal statement, his own administration officials later denied what was said.

Mr. President meant that Putin should not be allowed to dominate neighboring countries or the region as a whole. The change of power in the Russian Federation or the fate of Putin was not implied
- they tried to justify themselves in the White House, actually replacing a single decision-making center.

However, the "harmonious" justification of the press service is destroyed by Biden's multiple manifestations of violations of diplomatic etiquette. What are his insults to Putin during a visit to the Ukrainian refugee camp. So from now on, such statements by the White House administration can no longer be considered anything other than an attempt to fix the “broken phone”. Biden is making more and more offensive statements, the number of which has long exceeded the mark for reservations and errors, accidents. Yes, and they repeat too regularly.

The behavior of the aged US President greatly worsens relations between America and Russia, already on the verge of breaking. After all those unflattering epithets (to put it mildly) that Biden inadvertently rewards our head of state, the restoration of bilateral ties is most likely unlikely in the medium term.
Reporterin Yandex News
Reporterin Yandex Zen
8 comments
Information
Dear reader, to leave comments on the publication, you must sign in.