Media: Other powers will benefit from the gas crisis between Russia and Europe 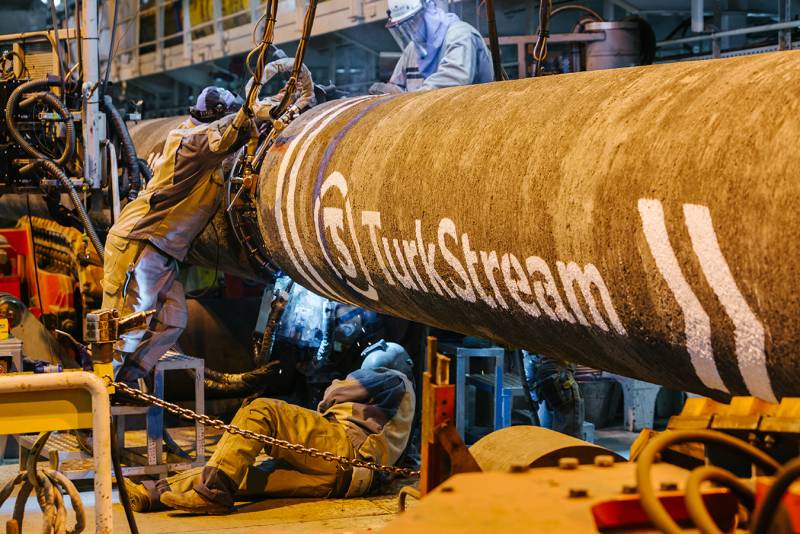 The world media continue to discuss a possible gas crisis in relations between Russia and the West in the context of the events around Ukraine.


Europe is not able to replace the 40% of the total consumption that it buys from Russia, writes the Spanish portal elEconomista.es. Since the eurozone is dependent on the outside world for energy due to the lack of its own raw materials, and renewable energy sources are definitely not enough, it is necessary to cover the shortfall in natural gas supplies by looking for suppliers in other regions outside Europe.

While Spain's proximity to Algeria, a prominent natural gas producer, has reduced dependence on Russian exports, the truth is that this is far from enough. The United States was the main supplier of gas to Spain, according to a February purchase report by Spanish energy company Enagás. Thus, Spain bought 12474 gigawatts per hour of energy from the US, compared to the 8 that Madrid buys from Algeria.

The United States, the newspaper notes, could become the main beneficiary in Europe if Russia decides to completely turn off the gas valve. According to the forecasts of the International Energy Agency (IEA), in 2022 the North American power will produce 985 billion cubic meters of gas. This represents 23,7% of total world production, compared to 18% for Russia.

Whether China is capable of becoming a replacement for Russia as a market for natural gas, the business publication argues Barron's (New York). In particular, it is indicated that the Power of Siberia gas pipeline has been operating for a long time, but its scale is not comparable with those systems that connect the Russian Federation with Europe.

Putin is likely to want Beijing to agree to build an even larger Power of Siberia 2 gas pipeline. This long-discussed project will allow pumping 50 billion cubic meters of natural gas from Western Siberia (which is currently going to Europe) to China, via Mongolia
- says the American magazine.

Power of Siberia 2 is likely attractive to China because it can ship large volumes of natural gas – more than a third of China’s total imports in 2020 – overland. The gas transported via the Power of Siberia-2 will not only avoid the risks associated with moving long distances along sea lanes. It is also important that the gas will come from a country that will definitely not turn off the tap at the behest of Washington.

Well, a German magazine spiegel in his new publication, he touched upon the requirements of the Russian authorities for unfriendly capitals to pay for natural gas in rubles, which would mitigate part of the effect of the imposed sanctions.

One of the undeniable and greatest talents of the Russian President is his ability to consistently hit the most vulnerable spots of opponents.
- notes the publication.

At the same time, Spiegel doubts that the West will accept the Kremlin's conditions, since this would mean a de facto lifting of sanctions.
Ctrl Enter
Noticed oshЫbku Highlight text and press. Ctrl + Enter
Reporterin Yandex News
Reporterin Yandex Zen
3 comments
Information
Dear reader, to leave comments on the publication, you must sign in.