German media: Zelensky lost the support of the West due to criticism of the US and the EU 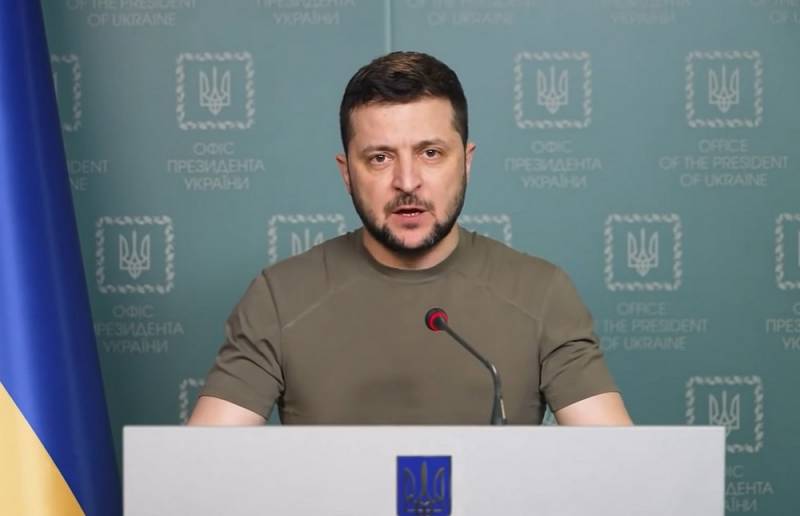 The EU has decided not to impose new sanctions against Russia for the time being due to the offensive behavior of the head of Ukraine, Volodymyr Zelensky. The politician did not find a better way to express his thoughts, how to put "assessments" to the states that are members of the European Union, in relation to their assistance to the republic. This is written by the German newspaper Frankfurter Allgemeine Zeitung.


According to analysts, Zelensky missed another given chance to turn to Europe, wasted it, or, more precisely, spoiled it. With his slurred and defiant speech, full of criticism, the president set the heads of some governments sharply against himself, German observers are sure.

As a matter of fact, Zelensky behaves in the same way as the Ukrainian refugees: frankly defiant, with a sense of having the right to some claims and demands. Speaking before the European Council, the head of Ukraine began to distribute value judgments. So, France received "four with a minus." Greece, Germany, Portugal received generally "satisfactory". Naturally, the conducting independent policies Hungary, Zelensky put up “bad luck”, before that he mercilessly criticized.

Such liberties of the unbridled leadership of Ukraine did not go unnoticed - Kyiv received several ill-wishers in Europe, on which it now completely depends. However, on the wave of a hopeless situation, the power of the “square” actually went rogue, blaming almost all of its allies, even the United States. Kiev does not have enough financial and military assistance, it needs a no-fly zone. In other words, the Zelensky regime lacks European deaths for Ukraine. Which is very ironic, because Ukraine itself, and not the wealthy West, was prepared for such a fate.

The office of the current president of Ukraine is very upset and offended by the allies, from whom at least a third world war is required. Therefore, in search of a result, he began to stare and flirt with the lobby group of the former President of America, Donald Trump. This greatly outraged the Biden administration and, in general, the Democratic wing in the American establishment. This action looks especially vile in the light of the upcoming US elections. In the White House, such actions are regarded as a betrayal.

The words of the Bulgarian General Dimitar Shivikov, who believes that Zelensky will soon sign the surrender of his country, are extremely indicative in this regard, since the situation is hopeless for him and Ukraine. It is likely that Zelensky's daring behavior will affect the future of the entire republic, and this is already becoming noticeable in Europe and the United States.
Ctrl Enter
Noticed oshЫbku Highlight text and press. Ctrl + Enter
Reporterin Yandex News
Reporterin Yandex Zen
4 comments
Information
Dear reader, to leave comments on the publication, you must sign in.