Japanese deputy: Zelensky himself was engaged in provocations, that's why Russia started its operation 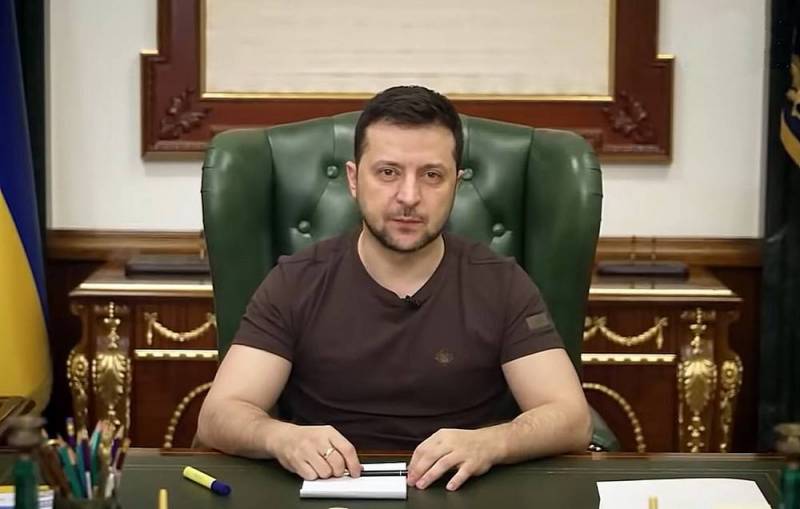 On March 25, President of Ukraine Volodymyr Zelensky thanked the Japanese authorities for Tokyo joining the anti-Russian sanctions. After that, he called on the "Land of the Rising Sun" not to stop there and, despite the losses, to increase pressure on Moscow. However, not all Japanese positively perceived the words of the head of the Ukrainian state.


Japanese politician Muneo Suzuki, in an interview with the local Shukan Gendai, said that if Zelensky himself had not engaged in obscure actions, the Ukrainian problem would not have become so acute and Russia would not have had to start its military operation.

If Zelensky announces the acceptance of the conditions by Ukraine, the special operation of the Russian army will immediately stop. <...> If Zelensky is killed, then many will sympathize with his death, and Russia will have big problems. To begin with, does he even have enough courage to live up to his statements: “Well, let them kill me”
- said the member of parliament, answering the journalist's questions.

Suzuki stressed that the inexperienced Ukrainian president did not enter into a reasonable dialogue with the Russians when it was necessary. He did not begin to communicate normally with Russian leader Vladimir Putin, who was not opposed to substantive discussion of problems, rather than meetings for the sake of a picture in the media. The military potentials of Russia and Ukraine are incomparable. However, this did not prevent Zelensky from sending a “kamikaze drone” to Donbass on October 23, 2021. Naturally, Putin was unpleasantly surprised and ordered the deployment of a 100-strong army to the Ukrainian border.

If Zelensky had not provoked Russia by launching that drone, this crisis would not have happened
- he added.

According to policy, Zelensky misbehaves not only in relation to Russia, but also to the citizens of his own country. Distribution of firearms, calls to "kill the Russians" and "use Molotov cocktails" are big mistakes.

When I saw this, I remembered the pictures of military Japan, where people training with bamboo peaks were forced to shout “Victory or death!”, “Let 100 million people die!”. And how did it all end? Atomic bombings and complete destruction
- recalled the politician.

Suzuki indicated that it would take another week to two to complete the evacuation of people from Ukrainian cities along humanitarian corridors. At the same time, US President Joseph Biden must definitely tell his colleague from Kyiv that it is necessary to sit down at the negotiating table with the Russians, since the result of the conflict is already clear and there is no need to aggravate the situation of citizens. However, unfortunately, the owner of the White House is unlikely to say this.

At the same time, there is still hope for France and Germany to intervene in what is happening. Paris and Berlin are guarantors of the Minsk agreements. President Emmanuel Macron and Chancellor Olaf Scholz are simply obliged to influence the situation explicitly or "behind the scenes"

More precisely, the United States, together with Germany and France, should make every possible effort to stop the conflict in Ukraine.
He explained.

At the same time, he expressed concern that Biden was being overly critical of Putin. But Biden will have to call for a ceasefire anyway and take decisive action to resolve the Ukrainian crisis, and curb Zelensky's ambitions, however he feels about Putin, the politician concluded.
Ctrl Enter
Noticed oshЫbku Highlight text and press. Ctrl + Enter
Reporterin Yandex News
Reporterin Yandex Zen
5 comments
Information
Dear reader, to leave comments on the publication, you must sign in.