The mask never dreamed of: Engines that will conquer the Galaxy 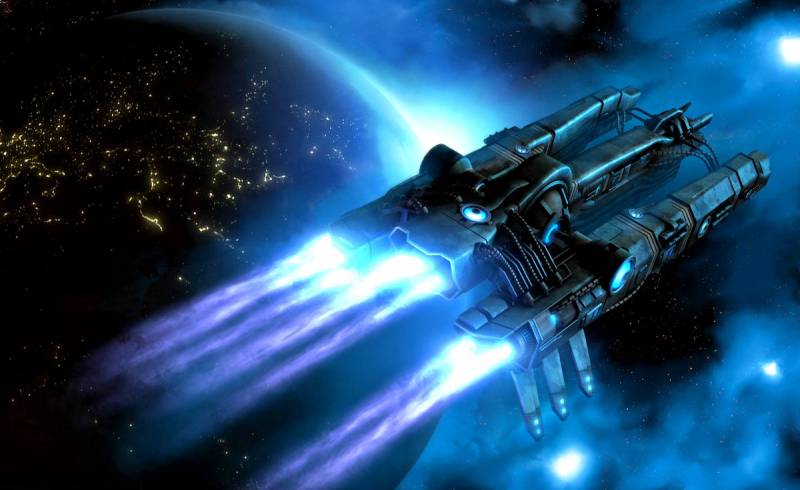 
Even if we discard the romantic utopian ideals of the 60s, which implies the conquest of the Milky Way by man, you can still notice the "subsidence" of the pace of modern progress against the background of the rocket and space industry of the last century. Its main reason is simple: both the Soviet Union and the United States wanted to prove to each other, as well as to themselves, that they are better than they are. For this race paid hundreds of billions of dollars (at the current rate). Humanity has received outstanding for its time Technologywhich even now, more than half a century after their development, allow us to feel confident in the framework of the practical tasks before us. One example: for Russian Soyuz rockets, they use the RD-107 marching rocket engine, developed in the 50s (the missile itself, to be frank, is also a version of the ballistic R-7, created at the same time).

The Americans are actively working on methane engines, which have a number of operational characteristics, but, but the essence, having the same limitations as old developments using the fuel scheme kerosene / liquid oxygen. Roughly speaking, chemical rocket engines in many respects have reached the pinnacle of evolution, and purely conceptually - a dead end. In order to obtain a higher acceleration, one must either increase the flow rate of the reactive stream, which is limited by the energy of the oxidation reaction, or increase the mass of fuel burned, which, again, will increase the mass of the entire complex. This kind of contradiction is full. Fortunately, this almost does not interfere with the launch of commercial communications satellites. But the colonization of distant planets is another matter. 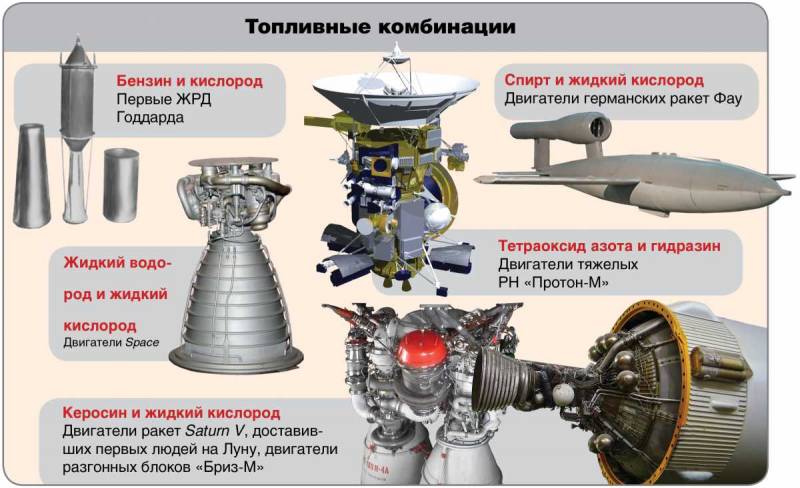 Elon Musk, the new Raptor methane-propelling methane engine, is planning to create many space-based fuel stations for BFR ships in the future. However, earlier scientists presented other interesting options. Among the most realistic ideas is a nuclear rocket engine. The pluses are obvious. Such an engine can give the characteristics required for long-distance flights, and the fuel needed for it will be measured not in tens and hundreds of tons, as it is now, but in tens and hundreds of kilograms. 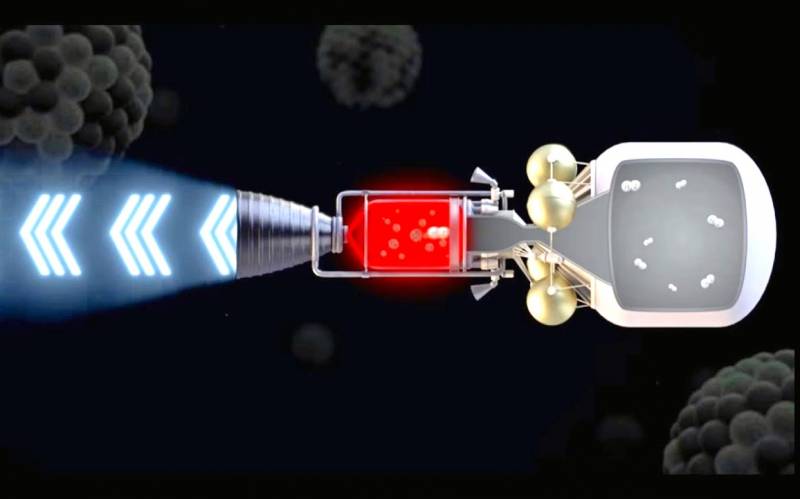 The energy that will be released during the radioactive decay of heavy nuclei will heat the working fluid - then the familiar scheme of jet propulsion comes into play. In general, of all promising rocket engines that do not use "chemistry", nuclear / thermonuclear engines are the most thoughtful and realistic option. According to scientists, they will allow you to get to Pluto in two months and return back in four: you will have to spend 75 tons of fuel. Reaching Alpha Centauri will be possible in theory in twelve years. The main disadvantage of a nuclear engine is the high radiation hazard. I must say that modern concern for the environment clearly does not add chances for their early appearance.

An ionic engine is a type of electric rocket engine, the principle of which is based on the creation of jet propulsion based on ionized gas, accelerated to high speeds in an electric field. To call an ion engine “promising” would not be very correct. Already now he owns a record of non-gravitational acceleration of a spacecraft in space. At one time, the Deep Space 1 experimental station increased speed (the mass of the device was 370 kg) by 4,3 km / s, having consumed 74 kg of xenon. This record was broken by Dawn in 2010, while in the fall of 2016, it was possible to gain speed at 11,1 km / s. Now, by the way, the company Dawn is ionic Artemis, and then LISA will join them. 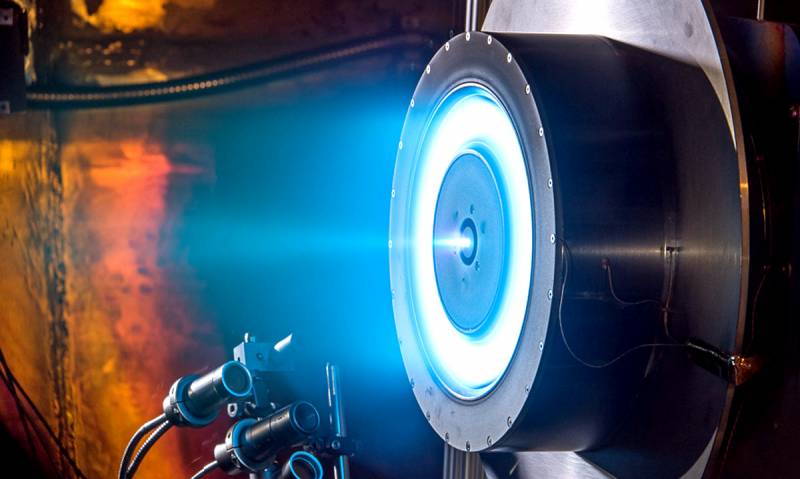 The concept definitely has a future. The disadvantages of ion rocket engines are also well known. The main one is extremely weak traction, reaching at best 100 millinewtons. At the current level of technology development, it is impossible to start from Earth using such an engine. But, according to estimates, in space, provided that the ion engine will work for a long time, the spacecraft can be accelerated to very decent speeds. At a minimum, such a device can be used to adjust the course.

Much more revolutionary is a promising engine using antimatter. As you know, when antiparticles and particles of ordinary matter meet, annihilation occurs with the release of colossal energy. One kilogram of antimatter and one kilogram of substance can emit 43 megatons of TNT equivalent energy, which is comparable to the explosion of the Soviet thermonuclear Tsar Bomb. They say that a flight to Mars with such an engine would take in the region of the month. And there, and to the nearest stars, perhaps it would have come down. 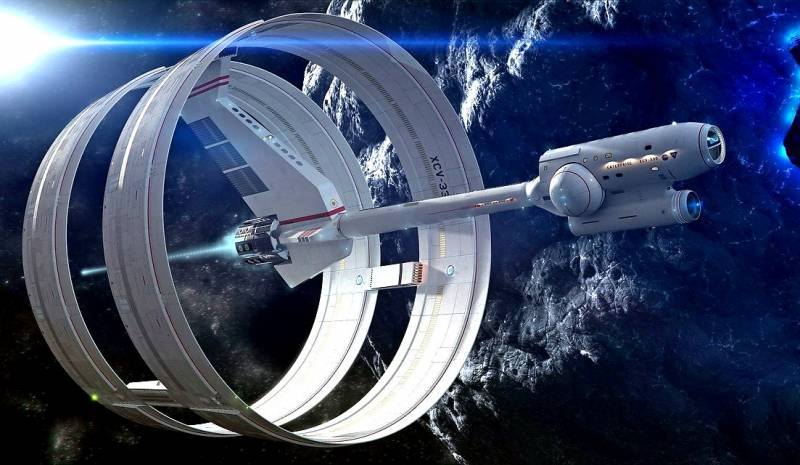 There is, alas, one “but.” Antimatter is the most expensive substance on the planet - according to NASA estimates for 2006, the production of a milligram of positrons (electron antiparticle) cost about $ 25 million. Given the current trend towards cheaper missile launches, the concept looks utopian. Fortunately, science does not stand still. Perhaps in the future, there will be chances to put such an engine into practice.

The strangest and most fantastic guest on our list is the now widely acclaimed EmDrive. If anyone forgot, we recall: it is an experimental setup that has perplexed many scientists of the world. According to the creators, the engine creates traction, although it should not do this, according to the laws of physics. The device consists of a magnetron and a resonator. A magnetron generates microwaves, the energy of their oscillations is accumulated in a high-Q resonator, and, according to the authors, a standing wave of electromagnetic oscillations in a closed resonator serves as a source of thrust. The problem is that the absence of a consumable working fluid in this engine, apparently, contradicts the law of conservation of momentum.

In general, the effect achieved is insignificant and many scientists associate it with the errors made during research or openly gross errors in the calculations. One of the latest research conducted by the Germans says that the thrust that appears inside the EmDrive engine is a result of the interaction between the magnetic field of the cables, the amplifier and the magnetic fields of the planet. A hazy but nevertheless explanation. 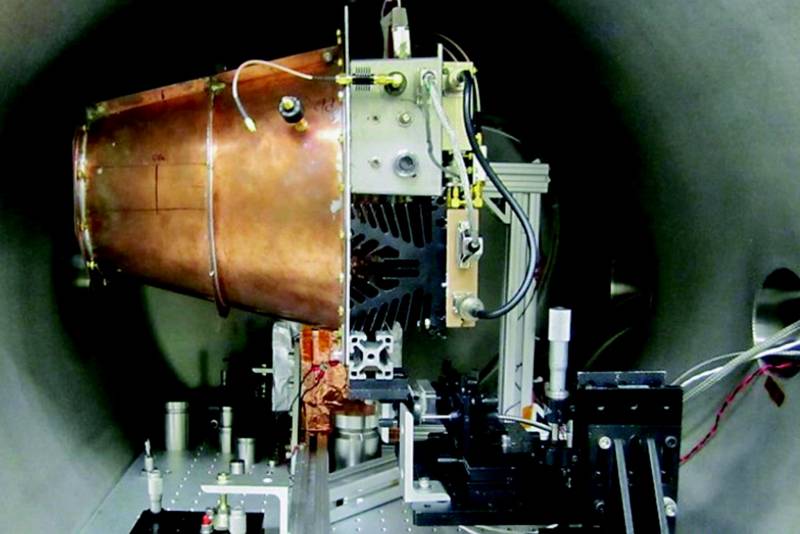 In general, nothing threatens the hegemony of chemical rocket engines at this stage. They, as we have already noted, fit perfectly with current realities and meet all the requirements of the rocket and space industry. Well, flights to other planets, and even more so to other planetary systems, are associated not only with the problem of new engines, but also with a whole list of other issues that have yet to be solved.
Ctrl Enter
Noticed oshЫbku Highlight text and press. Ctrl + Enter
We are
Quiet Don: What is heard about the most powerful rocket in Russian history
New Glenn Rocket: A Media That Could Crush Ilona Mask
Reporterin Yandex News
Read Reporterin Google News
Ad
We are open to cooperation with authors in the news and analytical departments. A prerequisite is the ability to quickly analyze the text and check the facts, to write concisely and interestingly on political and economic topics. We offer flexible working hours and regular payments. Please send your responses with examples of work to [email protected]
3 comments
Information
Dear reader, to leave comments on the publication, you must sign in.