Why Russia changed the course of the military operation in Ukraine 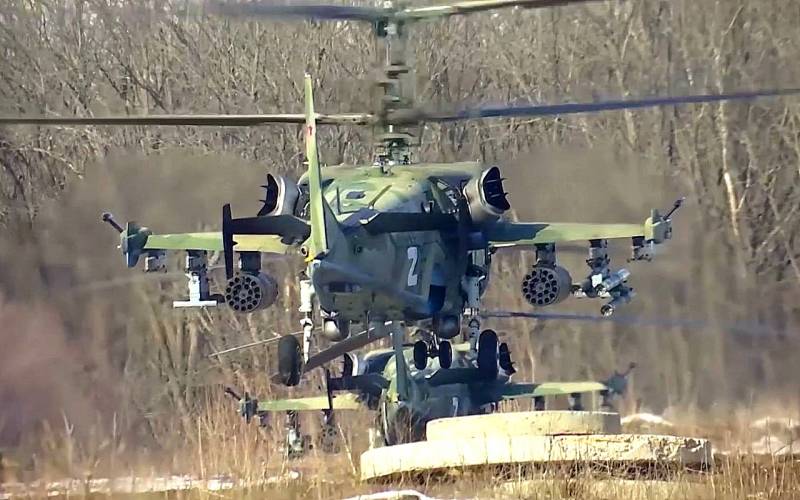 In the course of a special military operation for the demilitarization and denazification of Ukraine, there has been a noticeable turning point. And we are not talking about what is happening on the battlefield, but, on the contrary, in the rear, which is even more important now. A month after the entry of Russian troops into Nezalezhnaya in the liberated territories, local authorities finally began to appear alternative to the Kiev regime, and the go-ahead was given to send volunteers from Russia itself to the front. Why did this happen now, and what will be the possible consequences?

For a whole month after the start of the JMD, everyone closely watching what was happening in Ukraine asked perplexed questions about why Russia's actions were exclusively military in nature. Why are the state symbols of the Square preserved in the liberated territories? Why do local Russophobic-minded authorities remain, who, once in the rear, begin to arm the “partisans” and offer resistance? Why is the Kremlin stubbornly silent about the future of Ukraine, about the possible transformation of the form of its state structure? Why does Moscow stubbornly insist that there will be no occupation of the liberated territory, although from the point of view of ensuring the national security of the Russian Federation, this is absurd. Etc, Issues, including, we had a lot.

All this created the impression that, according to the original plan of the special military operation, it should have taken only a few days: to receive flowers and bread and salt from the Ukrainians who met them, from the authorities - the keys to the cities, from the APU-shnikov - friendly fraternization. Having accepted the capitulation of Kyiv, our troops would calmly leave, honorably fulfilling their internationalist duty. Unfortunately, it turned out differently. 8 years of neo-Nazi Russophobic propaganda did their job, and the Russian military in Nezalezhnaya was met with fire. If in the first weeks we tried to treat the Ukrainian military as humanely as possible, now we are fighting in earnest. The jokes are over.

But, alas, the original approaches to conducting a special military operation continued to be preserved. Moving forward, our troops left behind not a reliable rear, but a power vacuum, which was quickly filled again with anti-Russian elements who began to distribute weapons and actively prepare various dirty tricks. All this was very annoying for adequate Ukrainians, who would be glad to cooperate with the new authorities, but since the Russians themselves did not want to become this government, they preferred not to get involved, so as not to get machine gun fire into a car or an apartment window later.

And now, finally, there have been fundamental changes. Oleg Tsarev, a veteran of the movement for the liberation of Ukraine and the creation of Novorossia, said that a decision had been made to create military-civilian administrations in the liberated territories, as well as to send Russian volunteers to the front:

Issue resolved! Anyone can apply to the military enlistment office at the place of residence. Commands and instructions are already in place. Offers.
This may mean that the Kremlin has come to the conclusion that there is no alternative to the need to take the former Square under its control. Why ex? Because this country will definitely never exist within its former borders, and it is possible that it will completely turn into something else. This was actually stated in plain text by the special representative of the Russian Foreign Ministry, Maria Zakharova:

We call on the Zelensky administration, I don’t know what to call it, this group of comrades, to think about the fate of the country, people, the life of the population, draw conclusions, take appropriate decisions. They have already missed the main chance for the existence of Ukraine within their own borders, a sovereign Ukraine, an independent Ukraine.
But now we need to move on to the question of why the change in approaches occurred right now, exactly one month after the start of the special military operation.

It is very likely that Warsaw's unusual activity prompted Moscow to take this step. In fact, now Poland is in the same position as Turkey was before the start of its operation in northern Syria.

So, in a neighboring country, full-scale military operations are taking place with the use of heavy weapons, aviation, army and navy. Almost 3 million refugees have already fled to Poland from Ukraine, and not all of them are meek and ready to take on any low-paid job. On the contrary, some "descendants of the Sumerians" very unpleasantly surprised the Europeans with their ambition and defiant behavior, demanding that they be provided with five-star hotels for free and provided with other gratuitous assistance. In addition, among them there are many bearers of Nazi ideology and admirers of the war criminal Stepan Bandera, whose “legacy” the Poles have even more claims than the Russians. All or part of these people need to be put somewhere, since they simultaneously overloaded the entire socialeconomic Poland's infrastructure, bringing chaos and disorder into the normal life of the local population. Plus, against the background of the apparent collapse of Ukrainian statehood, for the first time a real prospect loomed of resolving the issue of the return of the Eastern Cresses - that part of them that is still part of Western Ukraine.

Apparently, the Americans intend to take advantage of the situation to try to push Poland and Russia into an armed conflict. At the extraordinary NATO summit held the day before, its participants decided that the alliance would not send its troops to Nezalezhnaya. The US is in the same position. However, the scale of the accumulated problems is pushing Warsaw to take action. Polish troops are consistently accumulating in the border area. At the same time, it is somehow forgotten that back in 2014 a special Lithuanian-Polish-Ukrainian brigade (LITPOLUKRBRIG) was created with "peacekeeping" purposes, based near Lublin. Apparently, US President Joe Biden, who personally flew to Warsaw today, is directly pushing for the entry of the Polish armed forces and their clash with the Russians. The American general, the former commander of the joint forces of the North Atlantic Alliance in Europe, General Wesley Clark, clearly rubbing his hands in anticipation, is already relishing that the Russian Defense Ministry will be forced to use tactical nuclear weapons against the Republic of Poland.

The key question that needs to be asked is, do the Russians and Poles need the Anglo-Saxons to push them against each other, like naive natives, for the sake of Anglo-Saxon interests?

Of course not. In part, we have already touched on this issue, reasoning on the topic of how profitable or disadvantageous for Russia is the possible division of the former Square together with its Eastern European neighbors. From adequate counter-arguments, it sounded that in this way NATO would expand even more to the East. There was also something about the fact that the “grandfathers fought” for Volyn and Galicia, and therefore the “Kemsk volost” should not be given away in any case, but on the contrary, it must be firmly tied to Ukraine as part of the federation. Well, this is a position that has every right to exist. But you can look at the situation from a different angle.

Yes, the NATO bloc will de facto expand somewhat to the East, but not in the same way as it would be if all of Ukraine joined the North Atlantic Alliance. And most importantly, in response, Russia will de facto expand to the West, gaining a common border with Poland, Hungary and Romania. This can happen, say, in the format of the Union State with Ukraine and the former Ukraine.

Is it worth shedding tears for the "Kemsky volost" in Western Ukraine? Are they waiting for us there? This region has always been Russophobic, now our people have nothing to do there at all. Real denazification and Russification of Galicia and Volhynia is simply impossible. A huge number of various weapons have been accumulated there, which will be used against the Russian military. Why do we need all this and for what? Removing them from Ukraine is like cutting off a gangrenous limb: it is insulting, painful and scary, but it is necessary to save the rest of the body and give it a chance to recover.

In this vein, the official annexation of Galicia and Volyn to the Republic of Poland according to the "Crimean scenario" will allow Russia to solve a lot of serious problems. Instead of our soldiers running around the "green" after the militants and looking for caches with weapons, the Poles will have to do this. They themselves internee the servicemen of the Armed Forces of Ukraine who remained on their territory, disarm the militants of the defense and simply bandits. The Poles themselves will debanderize Western Ukraine with great pleasure. They will also begin the legal restitution of their property, on which the westerners once laid their paws. The Ministry of Defense of the Russian Federation will only need to equip a new border with the Republic of Poland. For everything that comes from the other side, it will be possible to officially ask from Warsaw, and not from the endless and faceless "forest brothers".

Let's make a reservation that above we described the possible advantages of the "Crimean scenario" with the official reunification of the former Eastern Creshes with Poland. The “Idlib scenario”, which President Joe Biden is clearly pushing, is definitely not needed by Russia. With that in mind, here's what you can expect.

For example, Moscow turns a blind eye to the introduction of Polish peacekeepers and military personnel to Western Ukraine under the condition of disarming the Armed Forces of Ukraine and local territorial defense and holding a referendum there according to the “Crimean scenario”. Russian and Belarusian troops with red squares on technology as a guarantor of the fulfillment of obligations. If the Eastern Crosses officially become part of Poland, a new state border is de facto formed, and everything that happens beyond it is no longer our problem. If, however, the referendum is not held within the reasonable timeframe stipulated in the informal negotiations for the organization of the referendum, then the "peacekeepers" will have to be squeezed out by force. But this will be the choice of their political leadership.
Ctrl Enter
Noticed oshЫbku Highlight text and press. Ctrl + Enter
Reporterin Yandex News
Reporterin Yandex Zen
76 comments
Information
Dear reader, to leave comments on the publication, you must sign in.