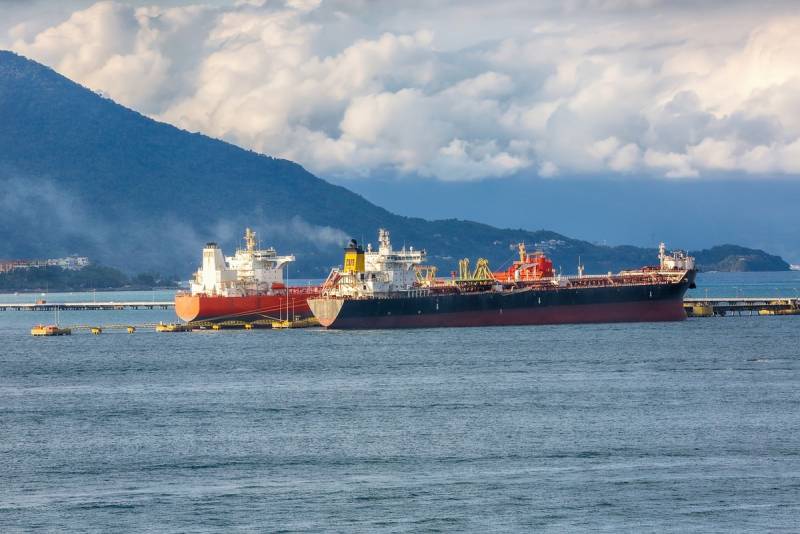 The main players in the global oil and petroleum products market predict that the price of "black gold" may soon become prohibitive, or rather "shock". It was with this definition of the near future that the well-known publication The Financial Times came forward. According to the experts involved by the editors, the price of oil may soon reach $250 per barrel, that is, it will double compared to the current price.

The world has no more than a month to put everything in order. But this will not happen, because it seems that we are losing oil supplies from Russia to Europe forever
says French businessman Pierre Andouran.

This view is shared by many experts who also believe that oil prices could reach at least $200-$250 per barrel. In turn, Alok Singh, an employee of the financial corporation Standard Chartered, is confident that changes in the oil trade will be long-term. Therefore, there is no need to talk about an early stabilization or finding a way out of the current situation.

In Europe, an internal break is now taking place, in fact, a new formation of the Old World as a civilization and economic and cultural center, a point of focus for views from all over the world. If Brussels follows the American proposals, then all innovations will completely destroy the old fundamental foundations of the European energy market. On the contrary, new conditions dictated by the desire to preserve the economycould have saved the day.

The point is not at all in choosing the "position of Russia" or supporting it, but in a pragmatic approach to mutually beneficial cooperation without regard to external forces. Too much is at stake: the rejection of oil and gas from Russia will bring an imbalance not to the regional market, but to the global one. Distortions in the stocks of strategic raw materials, the spread of prices on the commodity exchanges of the east and west, shortages and “shock” growth in prices are just a small part of what awaits the world after the introduction by Europe of an energy embargo on oil from Russia as ordered by the United States.

Brussels has almost no time left for self-determination. Experts give no more than a month, a maximum of two. The point of no return will then be passed, after which the global market and capital will begin their own "movement" towards stabilization with massive changes in the supply chain. And it is not a fact that automatically found exit points from the impasse will be beneficial for the world economy. Washington will not be able to “throw” millions of barrels of oil from the reserve indefinitely, and China will not be able to store its oil in tankers off the coast of Iran under sanctions. The situation should receive a clear solution, and not politicalbut purely economic.

These are the consequences that the FT has in mind when predicting high price shock therapy against the backdrop of a struggle within Europe between its “new” and “old” formations regarding the impact on Russia.
Ctrl Enter
Noticed oshЫbku Highlight text and press. Ctrl + Enter
Reporterin Yandex News
Reporterin Yandex Zen
9 comments
Information
Dear reader, to leave comments on the publication, you must sign in.