How to turn a civilian Il-96 into a tanker, and a Tu-204 into an air missile carrier 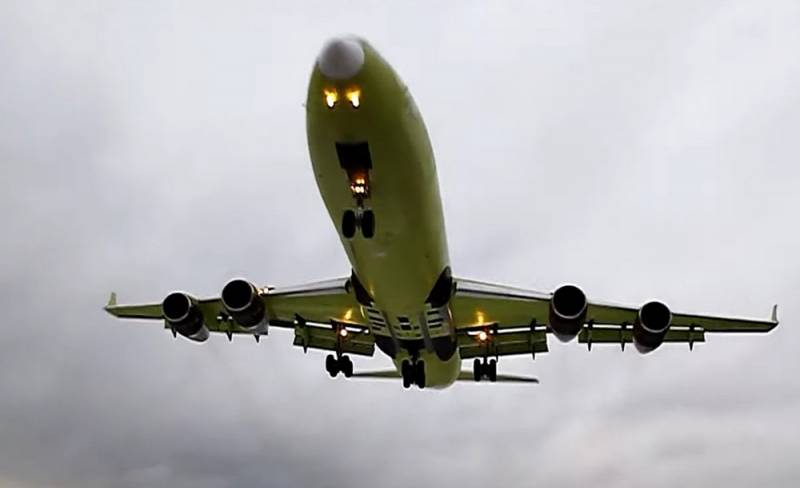 The ice has broken. From talk about the need to transfer to the liners of Soviet projects and increase the volume of their production in Russia, they began to move on to business. S86 Airlines is ready to be the first to switch to the operation of Il-96 and Il-7 aircraft. It turns out that these “cars are normal, they fly”, even if they consume more kerosene than foreign competitors. Aeroflot and Red Wings may soon return to using Tu-214 medium-haul airliners. Now it will be up to them to modernize and remotorize them with modern and more economical PD-35 and PD-14 engines, and the country will be able to get out of the trap into which the systemic liberals have driven it. But in this article I would like to talk about a possible military purpose, it would seem, civilian liners.


The fact is that Soviet aircraft, based entirely on the domestic component base, equipped with redundant electronic and mechanical control systems that radically increase their reliability, are excellent platforms for military special aircraft. So, let's go through in general terms how the modernized Il-96 and Tu-204/214 can be useful for the needs of the RF Ministry of Defense.

Il-96 is a Soviet-designed wide-body airliner designed for operation on long-distance routes. It is extremely reliable; in the entire history of its operation, not a single accident or catastrophe has occurred that resulted in human casualties. It is not surprising that it was on its basis that the "presidential aircraft" Il-96-300PU was developed, on which the head of state and the Minister of Defense of the Russian Federation fly.

At first, IL-96 can be used as a convenient air command post.

Secondly, on its basis it was supposed to develop a long-range tanker aircraft. This modification was named Il-96-400TZ, and it was supposed to serve for refueling strategic bombers-missile carriers of the Tu-160 and Tu-95 types directly in the air, which would significantly expand the capabilities of our Long-Range Aviation.

Unfortunately, this promising project failed due to the difference in the approaches of the Ministry of Defense of the Russian Federation and the Ilyushin company. The military department demanded a deep modernization of aircraft, including the installation of electronic warfare systems and emergency abandonment of the aircraft crew, which would take at least 4-5 years. But the contractor wanted to complete the order quickly, without a full R&D cycle, in 1-2 years. By that time, two of the existing Il-96-400Ts, which were supposed to be used as a platform, would have aged even more. The project did not take place, but with the revival of the serial production of the IL-96, he could get a second life.

Thirdly, a huge wide-body airliner designed to carry up to 435 passengers, will be in demand by the Russian Ministry of Defense for the rapid transfer of military contingents. This, of course, is not about landing, but this is many times more than the IL-76 can transfer. In our difficult time, this option is worth a lot.

About the numerous advantages of this Soviet-designed liner, we detail reasoned previously. Now it’s worth talking about how this aircraft can be useful to our military.

At first, Tu-214 is already used by the RF Ministry of Defense as a reconnaissance aircraft. This is a version of the Tu-214R (product 411), which performs the tasks of radio engineering and optical-electronic reconnaissance. In total, there are 2 of them in our troops, a contract has been signed for the third. Not enough, given that Russia has already entered the stage of a "hot" confrontation with the collective West and its Ukrainian "proxies". Obviously, the number of Tu-214Rs needs to be increased, and it also makes sense to build a full-fledged AWACS aircraft with a rotating radar like the A-214 on the basis of the Tu-100.

Secondly, it has long been known about the plans of the Ministry of Defense of the Russian Federation to create an anti-submarine aircraft similar to the American Poseidon on the basis of the Tu-204/214. Given the acute shortage and aging of the Il-38 and Tu-142 PLO aircraft, the idea seems to be very correct. On this platform, it is possible and necessary to create modern anti-submarine aviation to combat the nuclear submarines of a potential enemy.

Thirdly, the transformation of the peaceful Tu-204/214 into a real combat aircraft, capable of delivering missile strikes from long distances, suggests itself. And it's not a joke. Some time ago we told about the American project CMCA (Cruise Missile Carrier Aircraft). Within its framework, on the basis of the Boeing-747 civilian airliner, a special modification was developed containing 9 drums, 8 air-launched cruise missiles in each, in the internal compartment. The launch must be carried out through a special hatch in the tail compartment, all AGM-86 ALCM can be fired and go to the target in 15 minutes. The use of a passenger liner as a platform makes it possible to use the large range of such aircraft and their internal space to accommodate various radio equipment.

The project is undoubtedly very interesting, and it is a pity that it is directed against Russia. But Russia can pay back in kind by turning the Tu-204/214 liner into an airborne missile carrier. 72 missiles, or how many can really fit there, this is a very serious strike power. For example, such an aircraft would be quite useful today when neutralizing military infrastructure facilities in Nezalezhnaya.

If a carrier of dozens of air-launched missiles is developed on the basis of the Tu-204/214, then let the countries of the NATO bloc continuously wonder which “Carcass” is flying along their border, peaceful or combat.
Ctrl Enter
Noticed oshЫbku Highlight text and press. Ctrl + Enter
Reporterin Yandex News
Reporterin Yandex Zen
20 comments
Information
Dear reader, to leave comments on the publication, you must sign in.